Meet Some of Our Students 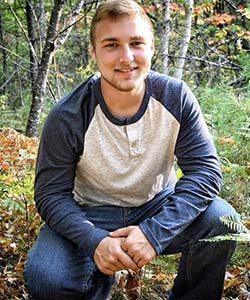 “I am an outdoorsman through and through so an amazing asset about SUNY Plattsburgh was that there are so many outdoor activities so close to campus. On top of that, the physics department was one of the most supportive groups that I have ever been a part of.  They believe in you and make you want to reach for the stars.

“When I came to SUNY Plattsburgh out of high school I met the legend, Dr. Glenn Myer. He showed me that physics is everywhere and furthered my interest in a physics degree. Another unforgettable professor was Dr. Kenneth Podolak. His dad jokes are always the best and he helped me with advising when my advisor was not available. Shortly after that I met my biggest influence academically so far, Dr. Michael Walters. He was always there to help whether it was on English homework, just advice in general, or showing me the ropes on how to get my engineering career started while also fulfilling my physics requirements.

“As you can tell, my favorite part about the physics department at SUNY Plattsburgh was the people. With it being a rather small group, you get a lot of one-on-one time to go over homework or issues you are having. They really love what they do and make sure you understand what’s going on. I would greatly recommend this to anyone interested in science.” 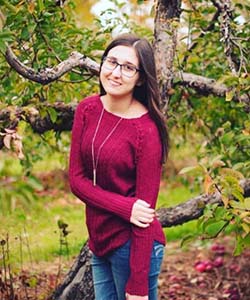 “I decided to double major in robotics and computer science because I enjoy programming and physics, as well as working with electronics. I came to SUNY Plattsburgh specifically because of the robotics program, and I immediately felt welcome because of Dr. Michael Walters. The professors in my majors are incredibly helpful and want to see their students succeed.

“I am also involved with the Esports Club. In the Esports Club, we have several teams for an assortment of competitive games where we compete against other schools. We also hold events regularly, such as Game Night where we have a smash tournament and other games in our very own Esports lounge.

“Hopefully, I will also be a community advocate soon. I plan on doing this and internships over the summer to have the ability to stay for fifth year at SUNY Plattsburgh to get a bachelor of science degree for my computer science major.” 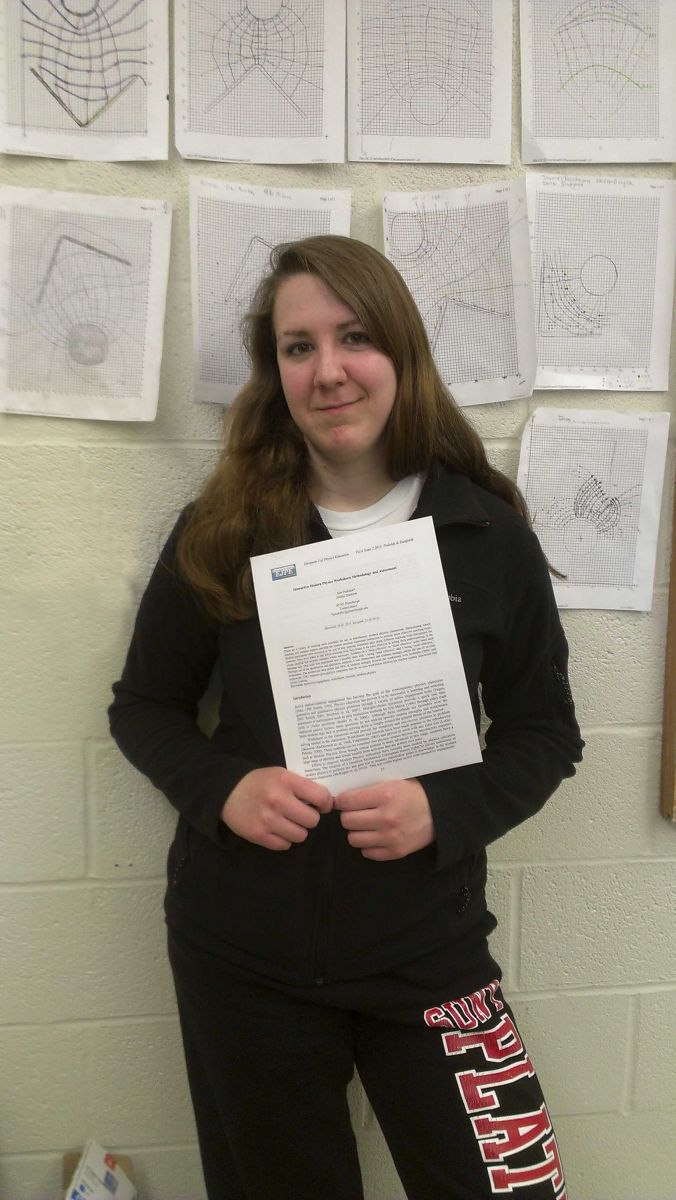 “I’ve been a physics adolescence education major at SUNY Plattsburgh since my sophomore year. I switched over from the biology department, and kept my major in biology too, but physics is my true calling. I’ve been tutoring physics at the Learning Center since the beginning of my junior year and absolutely love helping people learn. I can see myself in charge of a high school physics classroom that is fun and highly educational, and I hope to increase the number of students who enjoy physics and want to pursue it as their future career.

“Dr. Podolak had the biggest influence on my career path. He was incredibly supportive of my choices and allowed me to gain experience by being a teaching assistant for his general physics lab. He also invited me to work with him on instructional research. We published a paper on that research in April 2013. I’ve loved being a physics major at SUNY Plattsburgh. It’s a small department that allows students to be involved with the professors, other students, and Physics Club. It’s been a great experience and I can’t wait to see how incredible it becomes in the future.” 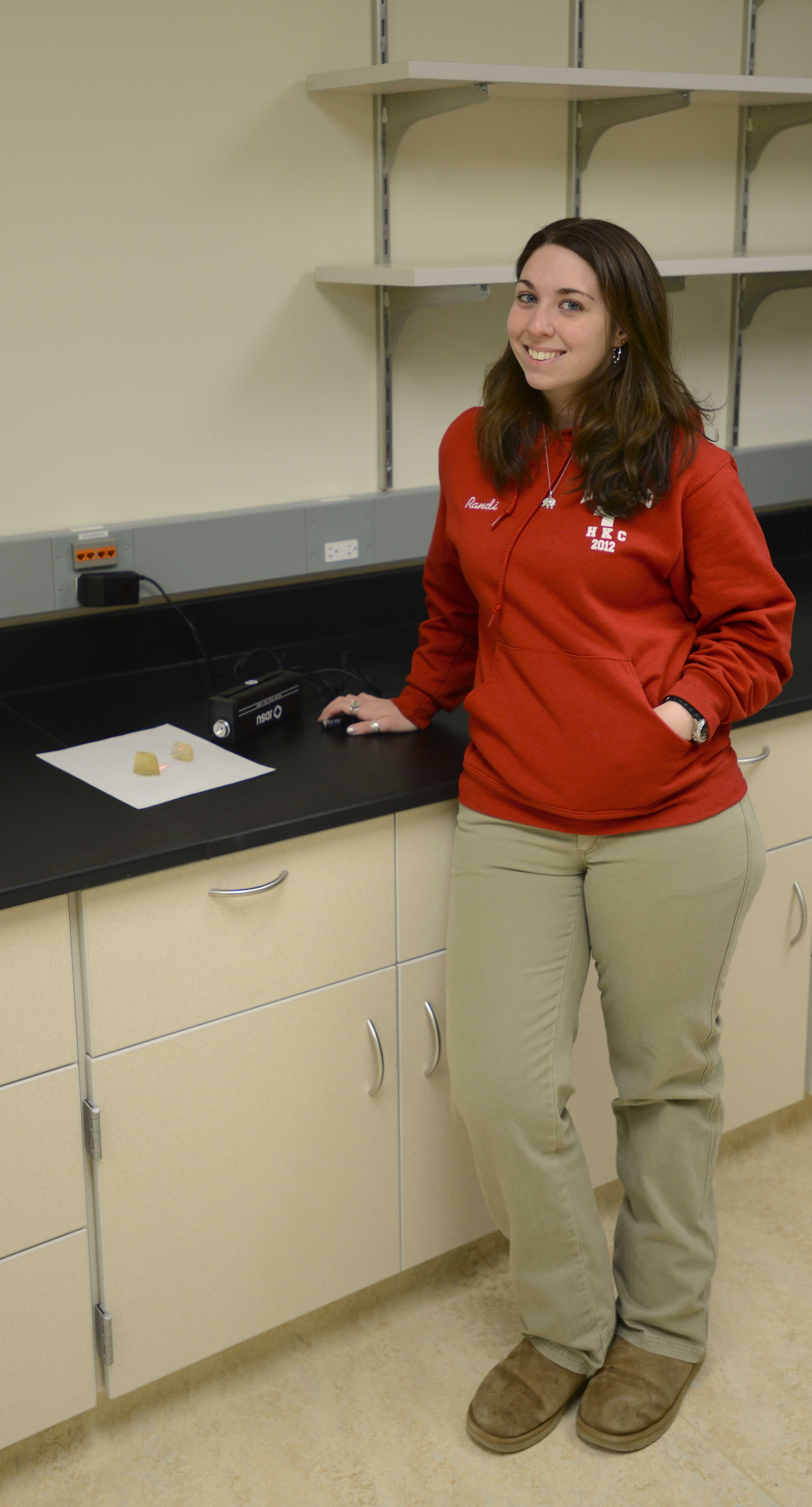 “I am from New City, N.Y. and I came to SUNY Plattsburgh as a freshman because I loved that it was a school where I could get individual attention from professors and feel very close to the staff. I also liked that Plattsburgh was in the northern Adirondacks because there is so much to do outside, such as skiing, hiking, and camping.

“I am a past president of Physics Club. Physics Club is open to anyone, especially those who have an interest in physics, engineering, or just want to be involved in some hands-on projects involving science. I love the physics program at Plattsburgh because it is a hands-on learning experience with professors who genuinely want to help and make sure that you succeed. I made a lot of my current friends through the physics program and it was refreshing to find students who had the same interests as me.

“I am also doing undergraduate research under the advisement of Dr. Michael Walters on the opto-mechanical properties of ballistic gels. We will be presenting our research at the regional APS meeting at Wells College with other undergraduate research students. There are many research opportunities for students who want to get involved. Many of the professors who take on research students are willing to listen to ideas and make the research interesting to the individual. After I graduate, I plan on attending optometry school where I will hopefully get my O.D.” 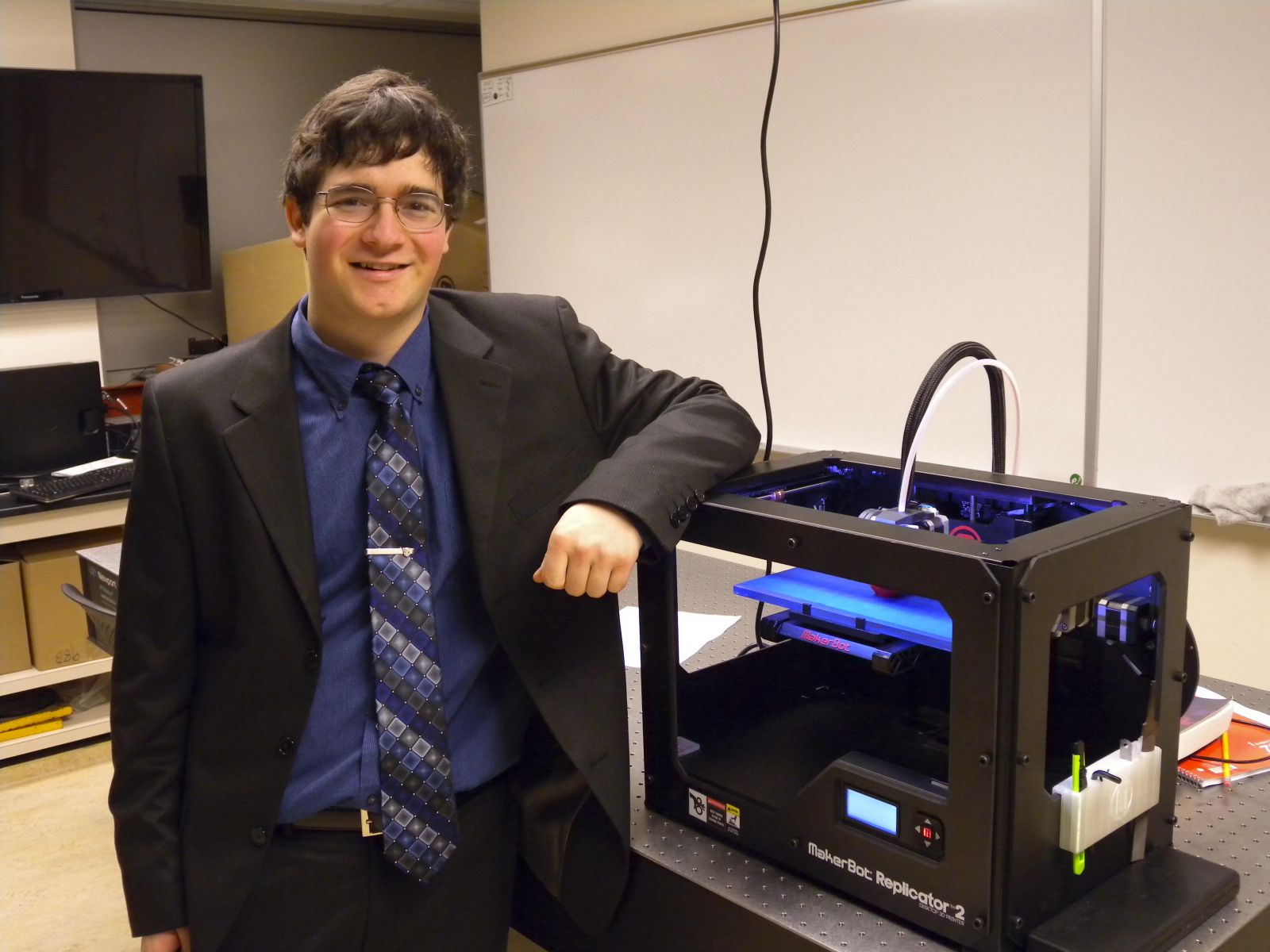 “I’m a physics engineering major here at SUNY Plattsburgh. I have always loved building and designing things and when I found out there was a career for that, I decided that is what I wanted to do. Plattsburgh has been extremely helpful by providing not just the standard curriculum, but other opportunities as well, such as 3D modeling and printing experience.

“I am also a member and officer of the Physics Club, which has been a lot of fun. The club allows students to participate in engineering and physics related projects, demos, and competitions. I have had many opportunities to expand my involvement in both physics and engineering thanks to the small and excellent department. I really feel that the professors here take the extra time to help you if you need.”