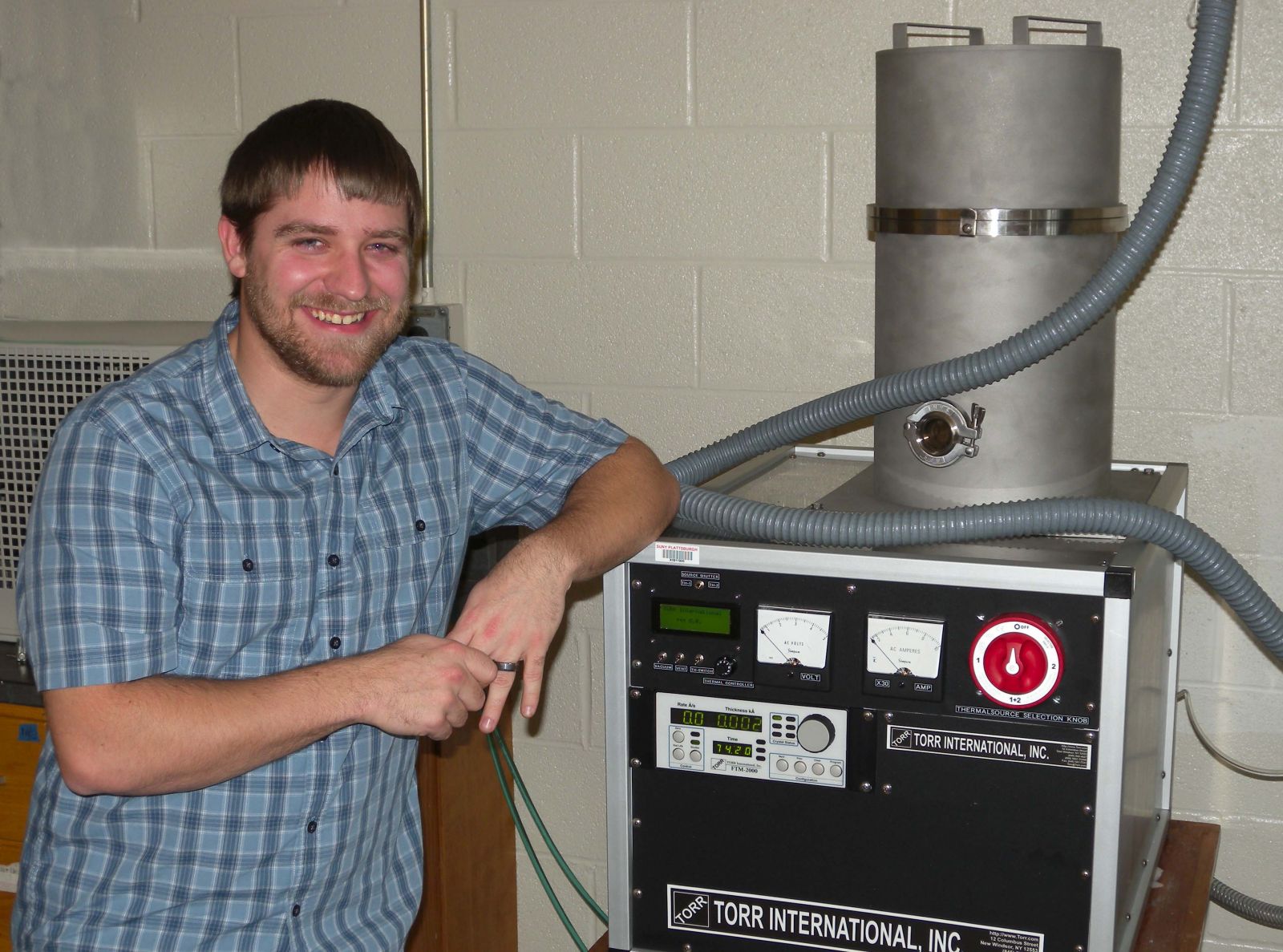 “I enjoyed many aspects of my undergraduate career as a physics major at SUNY Plattsburgh. The interaction I experienced with the physics faculty was energizing, supportive, challenging, and enabling.

“Aside from my physics studies, I enjoyed taking an active role as secretary and president in the Physics Club. Joining only one semester after its inception, I was involved in growing the club from a few students launching pumpkins, to a fully funded campus organization that takes on major building projects and is fueled by the excitement of the students and faculty.

“In my third semester, I began conducting research with Dr. Ken Podolak. As a result, in January of 2013, Dr. Podolak and I published a paper in Physica B. I was awarded the Hudson Scholarship for Mathematics and Science in my junior year, and inducted into the Sigma Pi Sigma Physics Honor Society. I can’t say enough about the helpful dynamic of the student-faculty interaction within this department. I am currently in the medical physics program at the University of Wisconsin Madison. No doubt, my research in the area of X-ray interaction with matter has helped prepare me for this next step in my academic career. I am looking forward to pursuing my ambition to become an American Board of Radiology certified medical physicist. 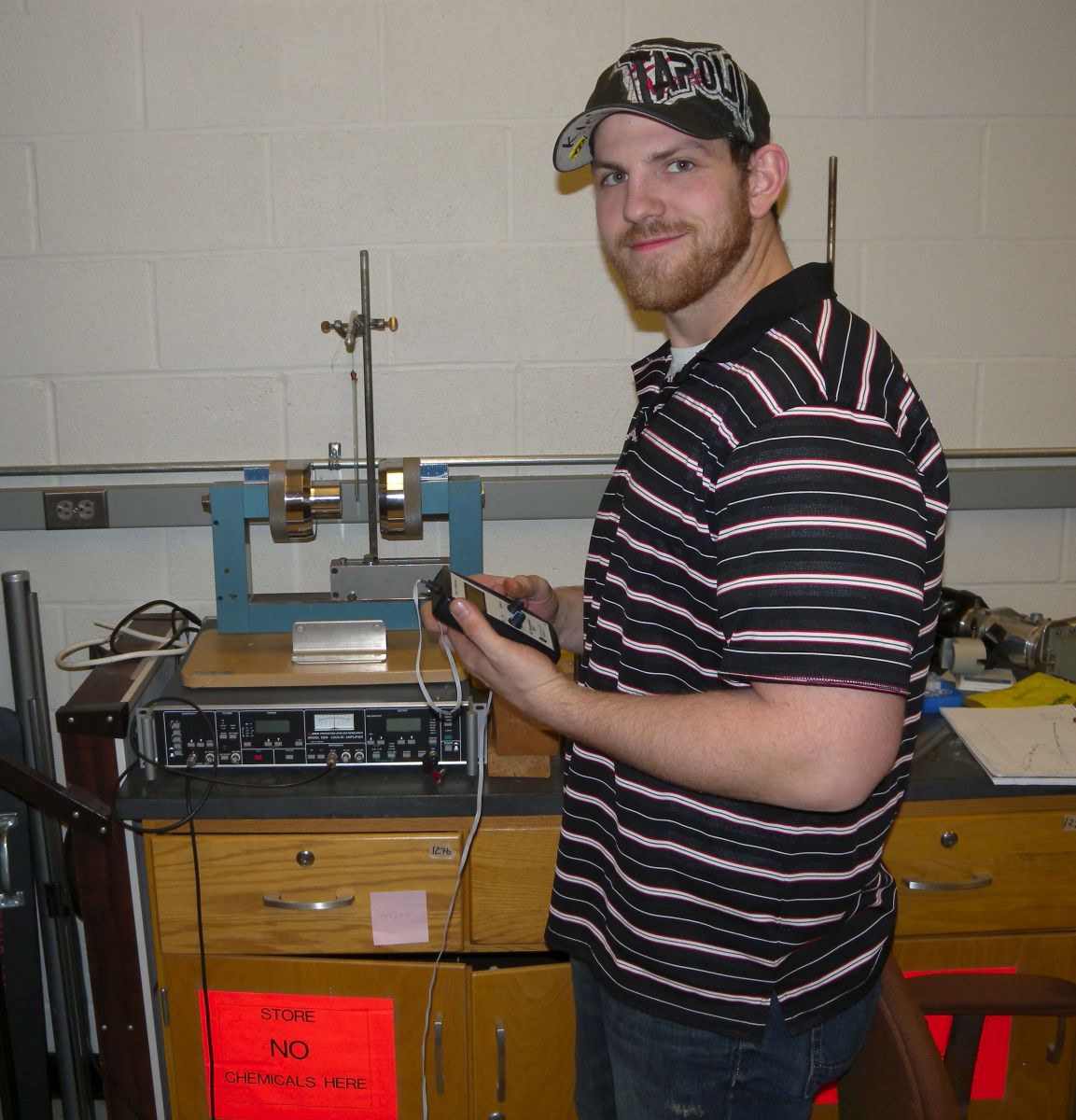 “My name is Rick DeCosta. I transferred to SUNY Plattsburgh in the spring of 2011 after earning my associate’s degree from Clinton Community College. SUNY Plattsburgh has offered me the opportunity to advance my knowledge in the field of physics as well as strengthen my research capabilities. I will always remember SUNY Plattsburgh for its very helpful faculty who assisted me through courses and worked with me on research.

“Following a research internship at Lawrence Berkeley National Labs in California where I am doing parallelized programming for tomographic reconstruction at the Advanced Light Source, I pursued a Ph.D. in Physics at the University of South Carolina where I continued my education and conducted research in particle physics and cosmology.” 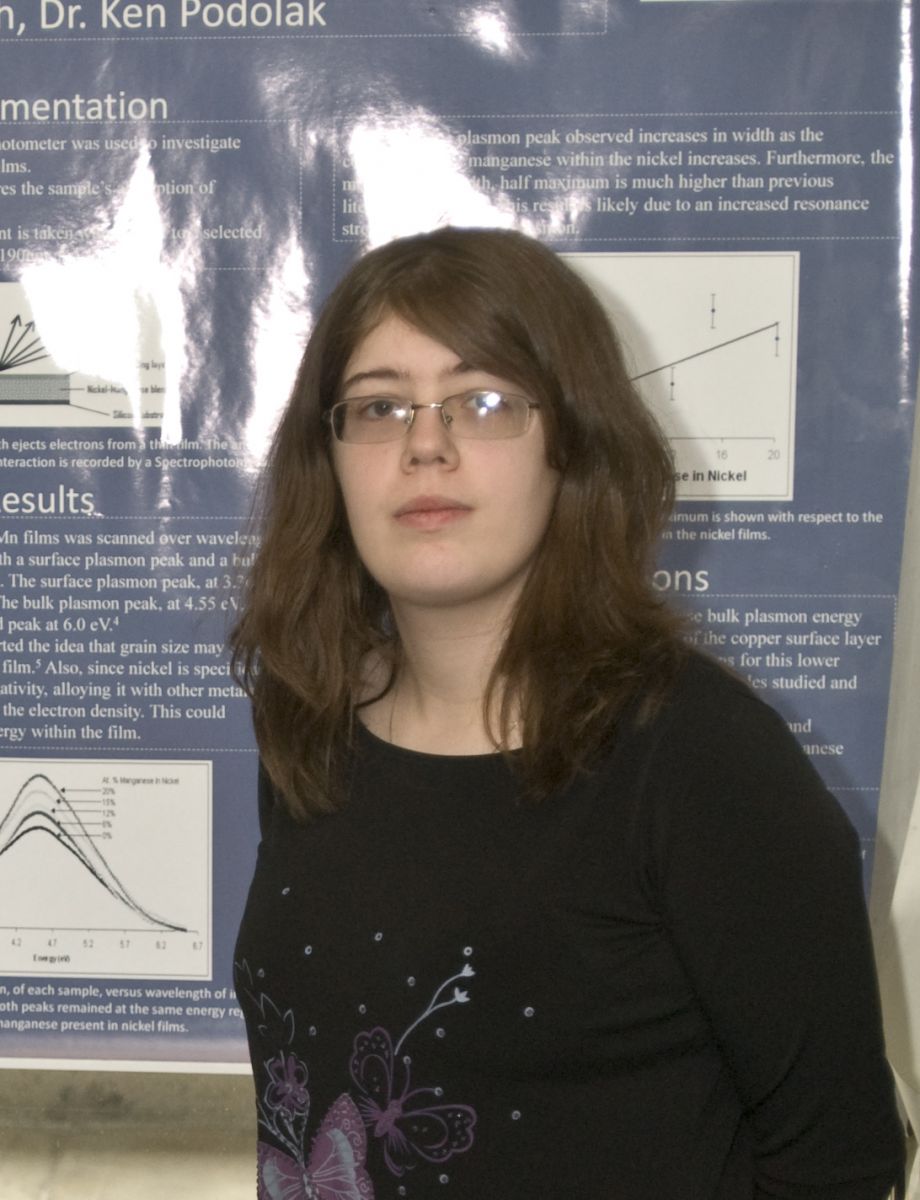 “After graduating from SUNY Plattsburgh, I moved to Missouri to attend Washington University at St. Louis and enrolled in the Physics Ph.D. program. I’m hoping to begin research this summer with one of the Condensed Matter and Materials groups here at WashU. Of course, classes at SUNY Plattsburgh helped prepare me for graduate school but my activities with the Physics Club and my honor’s thesis with Dr. Podolak encouraged me to further pursue a career in experimental physics. I hope to spend time in the future working on alternative fuels for automobiles, boats, and helicopters.” 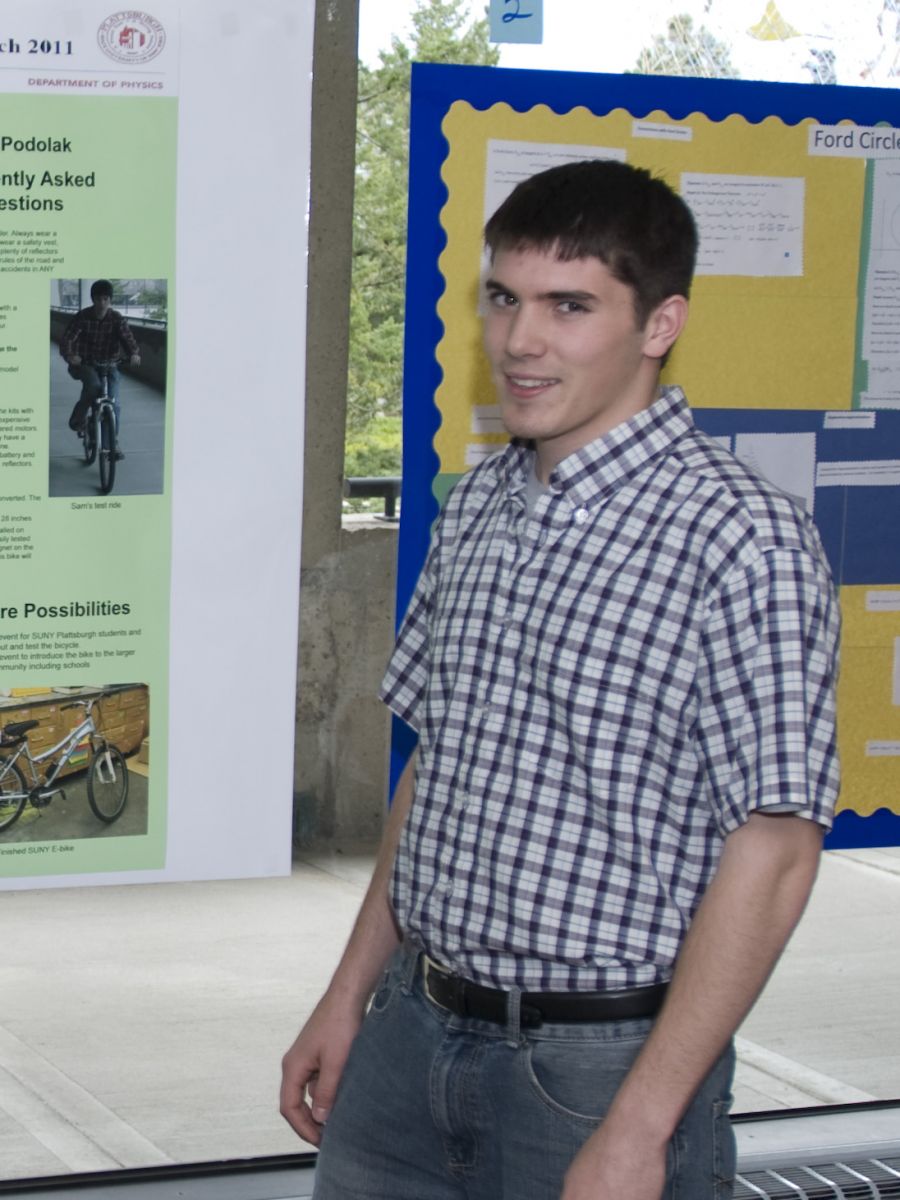 A 3+2 engineering major, Sam went from SUNY Plattsburgh to the University of Vermont where he received his engineering degree, at which time he also received a physics degree from Plattsburgh. Sam is currently working as an engineer for Electroimpact Aerospace Engineering in Seattle, Washington.

“I am missing my Plattsburgh days. I’m doing r+d here. Working on a rivet feed system. Basically take a pile of rivets and deliver one every 3 sec., oriented correctly to a location 100ft away. Lots of challenges!”

“My name is Gloria. I received a B.S. in Physics and a minor in mathematics from SUNY Plattsburgh in December 2004. If you asked me what the most important lesson I received from Plattsburgh was, I would say that Plattsburgh prepared me with a passionate heart and strong desire to advance to the next step of the journey. I had the opportunity to work one-on-one with my physics professors. I appreciated that the program offered me the flexibility and independence to explore physics and mathematics.

After graduation, I studied for my master’s in a one-year Master of Engineering Management Program (MEMP) at Duke University. My classmates comprised top-notch students from around the globe. This past year, I learned essential concepts of entrepreneurship, leadership, creativity, and teamwork. I am continuously seeking for more education and working opportunities to enhance my career. As Benjamin Franklin once said, ‘An investment in knowledge always pays the best interest.’”

“While at SUNY Plattsburgh I majored in physics and minored in music and mathematics. I spent my free time working in the Northcountry Planetarium under Dr. Glenn Myer, my advisor, and being a teaching assistant for introductory physics and astronomy classes. I also spent two summers doing research at the Maria Mitchell Observatory in Nantucket, Massachusetts.

“After graduating, I attended Stony Brook University. I took graduate physics classes, education classes, and did research at Brookhaven National Laboratory. In December 2005, I graduated with a Master’s of Arts in Teaching Physics.

“I am currently employed as a teacher at Curtis High School in New York City, teaching both Regents earth science and physics.”