Six SUNY Plattsburgh faculty members have been honored with State University of New York Chancellor's Awards. The recipients will be honored during the President's Opening Day Welcome prior to the start of the fall semester in late August. 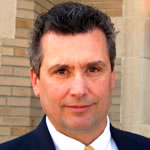 Peter Ensel, an associate professor and the chair of the communications department, has taught a variety of classes, including television production, electronic media management and writing for television and radio. Student responses from these courses indicate that students not only value his knowledge and enthusiasm, they also find his courses challenging and feel that they have learned from them.

"His effectiveness as a teacher and mentor is shown through the number of his students who win awards, secure competitive internships and establish successful and satisfying careers in their field," said SUNY Plattsburgh President John Ettling.

He headed the recent restructuring of the department's curriculum, creating new majors, and has worked with the journalism department to create the Center for Communication and Journalism Studies. 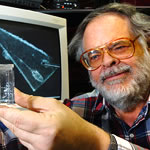 George Flynn, a professor of mathematics and physics, is an established researcher, especially well-known for his work as an investigator of extraterrestrial material. He has done significant research on asteroid strength and the dangers that asteroids can represent to earth.

Committed to helping the public understand such research, he and fellow researcher Dr. Daniel Durda have had this work presented on various networks including the History Channel, the Canadian Broadcasting Channel and the National Geographic Channel.

Flynn has also served on the National Aeronautics and Space Administration's Curation and Planning Team for Extraterrestrial Materials. In addition, he has co-authored 70 refereed scientific articles or book chapters, edited several books and given talks at conferences around the world. He reviews research proposals for the Brookhaven National Laboratory and has been a reviewer for the National Science Foundation, particularly for their Instrumentation and Laboratory Improvement Program.

"Dr. Flynn is not only significantly engaged in research himself but has encouraged young scientists in the development of their research," said Ettling. "For example, his work with one of our students led to her receiving a Chancellor's Award for Student Excellence." 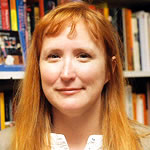 "Former students who have become teachers write that they attempt to apply in their classrooms and relationships with their students what they learned about teaching from her," said Ettling.

Guzzio has a book manuscript under consideration and has had more than a dozen articles published in edited volumes. She has received a Dr. Nuala McGann Drescher Award and a fellowship at Plattsburgh's Institute for Ethics in Public Life. 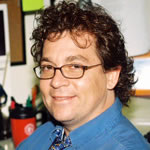 In his letter of nomination, President John Ettling noted that Assistant Professor of History Gary Kroll's record of service "is truly exceptional for someone who has been at SUNY Plattsburgh for only the last seven years."

"In all three areas of teaching, scholarship and service, Dr. Kroll has already created an enviable resume," added Ettling.

The author of the recently published, "America's Ocean Wilderness: A Cultural History of Twentieth Century Exploration" and the co-author of "Exploration and Science: Social Impact and Interaction," Kroll is active as a scholar.

Kroll played a critical role in the developing the current history/social studies program for adolescence education. He helped to design and worked to move it through the approval process. Kroll also continues to play a significant role in environmental activities on campus, having developed the new environmental studies major, serving on the campus' Environmental Action Committee and advocating for a campus community garden. 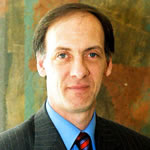 Holding a Master of Fine Arts in painting, Associate Professor and Art Department Chair Peter Russom is an accomplished artist. His works have appeared in exhibits in at least a dozen states and Canada, earning him such awards as the E.M. Birch Award and selection for the permanent collection of Nashua Paper Corporation in Nashua, N.H.

Russom brings that art to his students, helping them discover their own artistic talents.

"He works equally effectively with intermediate and advanced students, with students majoring in art and those taking only a few courses and with the naturally talented and those struggling to express themselves," said Ettling.

Student evaluations, comments and letters have all shown that his students perceive him as an excellent teacher. Their comments are reinforced by the unusually high number of his students who get accepted into Master of Fine Arts programs and by the success of his students at the Senior Exhibition. 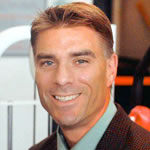 Matthew Salvatore contributes to the campus through his oversight of the Plattsburgh State Fitness Center, with its budget of half a million dollars. The center has a membership base of more than half the student population and nearly 100 faculty and staff. Under Salvatore's leadership, the center has added a state-of-the-art climbing wall.

In addition to running the center, Salvatore has helped to design and implement the new fitness/wellness leadership program, a major that will open in the fall of 2008.

Salvatore also teaches courses related to his field and will offer additional ones under the new major.

He has been involved with committees like the Internal Control Committee, the Student Affairs Vice President's Council, and the Wellness Programming Committee, and in his spare time, he volunteers at the Samuel S. Vilas Home helping senior citizens increase their strength and flexibility.

"Mr. Salvatore has established a reputation on this campus as an active citizen of our community and an extremely competent director of the Fitness Center," said Ettling.