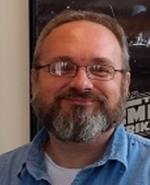 Dr. Lake is a past institute fellow who teaches a variety of courses in international relations and comparative politics. He holds a Ph.D. in political science from the University of California at San Diego. Dr. Lake is author of The Pursuit of Technological Superiority and the Shrinking American Military, published by Palgrave-MacMillan in 2019. The college recently dedicated the institute's Thomas Moran Seminar Room and successfully established the Thomas Moran ’69 Endowment for Ethics in Public Life, both made possible by generous gifts to the Plattsburgh College Foundation. Dr. Lake plans to lead a number of colloquies during fall semester, with several taking place around the table in the Thomas Moran Seminar Room and others to be hosted online over Zoom. 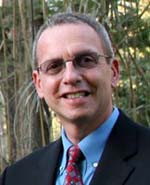 Dr. Jonathan R. Slater has led the institute since 2016. He is a professor in the Department of Journalism and Public Relations and also leads the Jewish Studies Program at SUNY Plattsburgh. Slater holds a Ph.D. in media ecology from New York University and worked for two decades in public relations, advertising, economic development and public television before joining the faculty at the college. Prior to his faculty appointment at SUNY Plattsburgh, he regularly taught courses for New York University, ÉFAP-New York, Clinton Community College, and New York state’s former Inmate Higher Education Program. Additionally, Slater taught in the college’s graduate administration and leadership program and for several years helped to plan and lead the program’s Creating Quality Visions workshops. He has also taught as a visiting faculty member in media studies at Western University in London, Ontario.

More recently, Slater acted as a media relations consultant to politicians and political candidates in Québec, which he has called home since departing New York City more than 30 years ago. In addition to pursuing scholarly projects related to ethics, Slater’s writings and public lectures have focused mostly on the history, role, and effects of mass media in Canada and the U.S. He currently participates as a faculty associate in the college’s Center for the Study of Canada. Slater recently served as co-chair of the college’s Social Justice Task Force, chair of the Social Justice Advisory Council, and currently sits on the president’s Inclusiveness Excellence Council. In his time at the college, Slater has received two faculty awards and a student service award.