SUNY Plattsburgh has been recognized for programs and overall affordability by several national ranking entities, including Money Magazine and U.S. News and World Report. 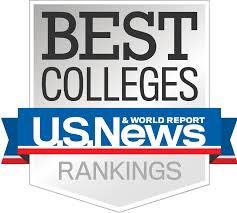 U.S. News ranked SUNY Plattsburgh 21 out of 62 top public schools in the nation, explaining, “Public colleges and universities typically operate under the supervision of state governments and are funded, in part, by tax dollars and subsidies from the state. As a result, these universities often offer discounted tuition to residents of their states.”

Of those in the top public schools listing, they say, “Public schools (here) run the gamut from small liberal arts colleges to large research institutions.”

They also rated SUNY Plattsburgh 51 out of 176 on social mobility for economically disadvantaged students, those less likely than others to finish college.

“But some colleges are more successful than others at advancing social mobility by enrolling and graduating large proportions of disadvantaged students awarded with Pell Grants,” they said. “The vast majority of these federal grants are awarded to students whose adjusted gross family incomes are under $50,000.”

“The higher the quality of the program and the lower the cost, the better the deal,” they wrote. “Only schools ranked in or near the top half of their categories are included because U.S. News considers the most significant values to be among colleges that are above average academically.”

The college was also ranked as a best college for veterans, coming in 41 out of 49.

Money Magazine ranked SUNY Plattsburgh 187 out of 739. To make that cut, a college had to:

And for the first time in more than 20 years, Kiplinger’s Personal Finance — which ranked SUNY Plattsburgh 85th out of 174 for out-of-state and 113th of 174 for in-state students last year — joined the rest of the country during the pandemic and put its rankings on pause.

“But this year, as the coronavirus forced schools to shutter in mid March and transformed the higher-education system practically overnight, we put our rankings on pause,” they said. “Instead, we decided to focus on strategies for getting the most value out of a reeling higher-education system, including transfers, gap years and increased financial aid.”
Share
Share