Around the World and Back: Vogl Travels the Globe Recruiting International Students 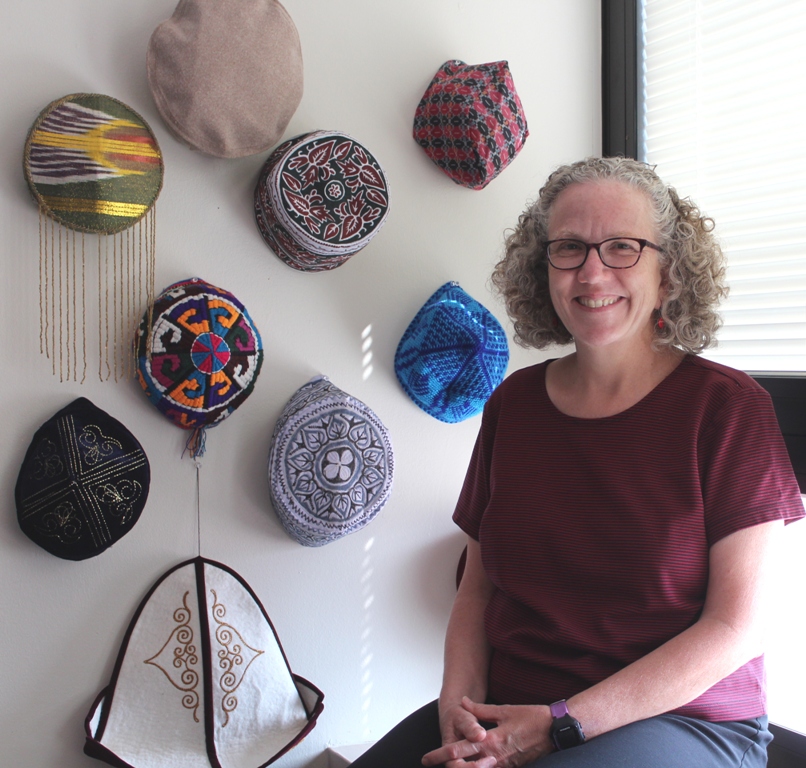 When Jackie Vogl took over what passed for SUNY Plattsburgh’s international student recruitment program 21 years ago, there were maybe 40 students on campus who hailed from overseas.

“We started with me, my secretary, and a couple of students,” said Vogl, associate vice president for global education and director of international education. So began the college’s International Student Services division. At that time, traveling abroad to recruit students wasn’t done. But international students wanted to come to Plattsburgh.

“They would write letters, or email, or call. All we had to do was respond,” Vogl said. Within a year, the class size doubled. “And all we really did was respond.”

Vogl started her SUNY Plattsburgh career in admissions in 1990 before being asked to initiate an international enrollment project eight years later. In October 2003, she assumed the role she currently fills, and she no longer just responds.

“Prior to taking this job, the only places outside of the United States that I visited were Canada, Mexico, Ireland and the Netherlands,” she said. Now, Vogl has visited some 75 countries on behalf of SUNY Plattsburgh, and International Student Services is under the larger umbrella of the Global Education Office, along with Study Abroad and Exchanges and International Recruitment and Admissions.

The mother of three boys, ages 17 to 22, Vogl said the first trip she was supposed to take had her booked with a tour company that organizes recruitment tours for colleges and universities. She was all set and ready when her oldest son, at that time a toddler, had a seizure.

“I said I can’t do this. I can’t go. The idea of leaving him was abhorrent to me. I cancelled.”

Her second trip was to the Middle East, immediately after the Gulf War, visiting Kuwait, Bahrain and Oman.

“My parents were elderly and nervous of me traveling alone,” she said. “Even though I was in the Middle East, I told them I was in Northern Europe and told my family if Mom and Dad asks, this is where I am.”

But being new to this travel experience — “I was 43. I wasn’t young starting out, but I knew nothing about international travel.” — she “screwed up the tickets back to Burlington on the last leg of the trip; I screwed up the time difference. When I went to the ticket counter at Dulles Airport in Washington, D.C., they told me my flight was the next day. Back then there were no cell phones, so I’m dropping coins into the payphone to call my husband. I burst into tears,” she said. Vogl’s parents lived in Virginia, close to Dulles, so she went to stay there for the night.

“In Bahrain, I had henna on my hands. Clearly that was evidence that I was not in Northern Europe,” she said. “When Mom saw my hands, she asked where I had it done. I said, ‘Would you believe in Oslo?’ She said, ‘No.’ I was busted.”

“It would be hard for me to describe in only a few words how much the Global Education Office means to me,” said Hoan Ngo of Vietnam. “As part of the international student community here at SUNY Plattsburgh, I would say the GEO makes us feel safe, loved and welcome here. Since the first day of freshman year, not only myself, but I know many of my international friends have received so much endless support from the office, both academic and personal.

“It’s amazing to me how the GEO staff is always there to help the students and are even willing to take extra steps to give students support that they need,” he said. “I couldn’t ask for more. When I first met Jackie during my orientation, I just knew that she is an amazing person, traveling around the world to help international students to make their dreams come true. I admire her so much — her working style and her dedication to everything. More than that, she’s always been a role model for everyone that’s around her.”

“I have only worked with Jackie for a short period of time, but she has a great spirit that lights up the office. She is always smiling and willing to help wherever she can,” Hernandez said. “It is very clear that she loves what she does and has a true passion for learning and experiencing new cultures. I would say the school, especially the international student body, is truly lucky to have her on our side.”

“I originally learned about the Global Education Office while getting ready to study abroad,” said Plattsburgh native Lauyrn Laduke. “I applied for a two-week-long, faculty-led program in China. Shortly before the trip, my finances fell through, and I was no longer able to afford to pay for the trip. GEO was amazing and was able to find some spare money to give me in the form of scholarships and grants. I managed to go on my trip, and it was the best time of my life.”

Vogl said she accompanied the students on that trip and went on a few excursions with Laduke’s class.

“I was able to spend quite a bit of time with Jackie on our excursions, and unbeknownst to me, she was assessing me. It turned out that she liked me enough to offer me a position as a student employee in the Global Education Office,” Laduke said. “I didn’t have a formal interview because she claimed that I had a two-week-long interview in China.”

With all the traveling she’s done over the 20 or so years she’s been at this, Vogl said people ask her all the time if she has any favorites.

“I don’t have favorites; I do love Japan. We have a lot of alums there, and I have a lot of friends there, but it’s almost too familiar. I like a little bit of a challenge. One of my new favorite places is Pakistan. I love Pakistan … and almost anywhere on the African continent,” she said. “But traveling is not my favorite part of the job. It’s what I do because I have to. No, what I love the most is sitting at this desk, helping a student or a colleague figure out a way forward when there’s a problem. That’s what I love most of all.”
Share
Share