Graduating senior Lisa Bisso of Morrisonville told her classmates at Saturday’s SUNY Plattsburgh winter commencement that it was Plattsburgh’s close-knit community that helped them thrive and become the people they never imagined they could be.

Bisso, an ethics and social philosophy major, gave the student address at the annual ceremony held Dec. 17 at the SUNY Plattsburgh Field House that also featured the awarding of a State University New York honorary degree to 1991 alumnus Kerry Diamond.

Diamond, co-founder and editorial director of the food magazine, Cherry Bombe, and co-owner of Brooklyn eateries Wilma Jean, Smith Canteen and Nightingale 9, earned her bachelor’s degree in English while writing for Cardinal Points, interning at the Press-Republican and working at the college radio station, WPLT (now called WQKE). Those experiences on campus opened doors to internships at The Village Voice, Spin Magazine and the Staten Island advance, where she landed her first job. Stints at Women’s Wear Daily and Harper’s Bazaar, divisional vice president for public relations and collaborations at Coach, and vice president of public relations and communications at Lancome USA followed. From 2014 to 2016, she was editor in chief at Yahood Food, and is the host of Radio Cherry Bomb.

After a call-out to her hometown crowd from Brooklyn, which elicited a cheer, Diamond told the graduating seniors and graduate students, along with faculty and staff, that SUNY Plattsburgh transformed her life.

“I wouldn’t be who I am today if it wasn’t for SUNY Plattsburgh,” Diamond said. For the new alumni seated before her, Diamond imparted this wisdom: “A killer work ethic will get you far in life.”

Bisso reinforced what Diamond said before her, stressing how “this close community helped us thrive and helped us become the people we always hoped we could be.” She told those gathered that their desire to be at SUNY Plattsburgh was an achievement, in and of itself.

“At any given point, each and every one of us could have ended this constant stress in our life by just giving up. That in itself is a significant achievement; an achievement that taught us that hard work, and even some stress, can lead us to amazing things,” she said.

“We must be on fire for the truth and for more knowledge … We finally have the opportunity now to make incredible things happen. We must use our kindled flame of curiosity to be brave and manifest change, thereby inspiring the people around us. It is inevitable that through hard work and a simple shift in perspective (that) you will accomplish more than you can imagine.”

Following the speeches, President John Ettling and Dr. James Liszka, provost and vice president for academic affairs, presented the candidates for their degrees.

“We are proud of the many students who graduate from this college,” Ettling said. “How proud I am of your accomplishments at this point in your lives.” He said that he and his wife, Lisa, look forward to seeing them “when you return to campus or at an alumni reunion somewhere out there, wherever you may find yourself. Congratulations.”

After students were presented for their degrees, Michael Kimmer, in his last duties as president of the Student Association, directed students in the official tassel change to signify their graduation from SUNY Plattsburgh.

Jody Carpenter ’92, member of the board of directors of the SUNY Plattsburgh Alumni Association, officially welcome the newly minted members of the association. 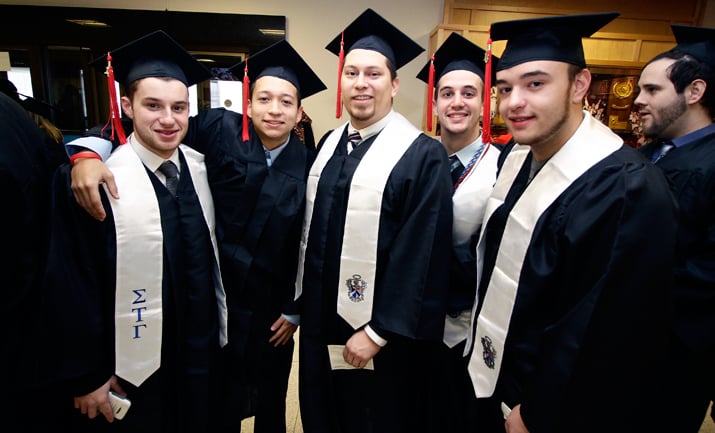 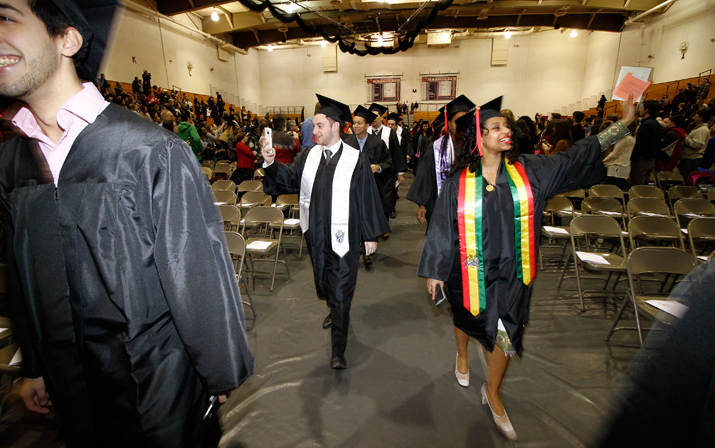 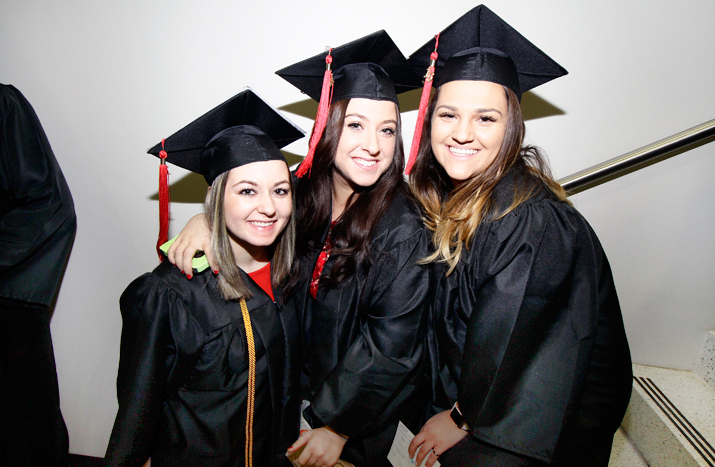 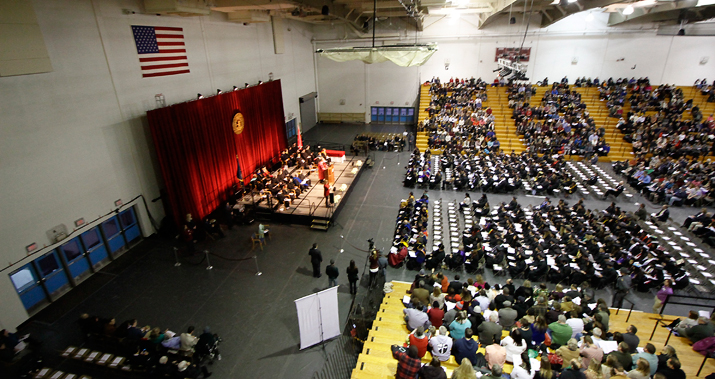