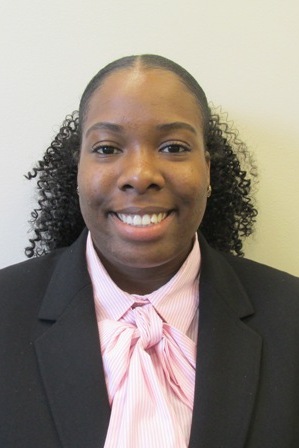 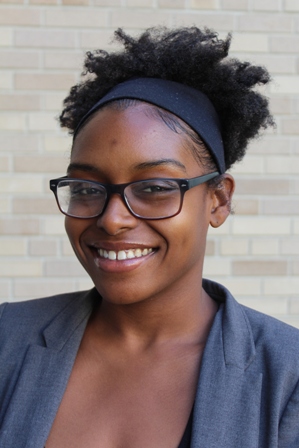 A sociology major from Long Island and a hospitality management major who was Brooklyn-born but who grew up in Barbados were selected for the spring 2020 James Augustus Wilson Scholarship.

Senior Essence Hightower and junior Briana Clinton will each receive $2,300 from the scholarship created to honor the first black/African-American student to graduate from SUNY Plattsburgh.

Wilson graduated from Plattsburgh Normal School — predecessor to SUNY Plattsburgh — in 1902 at a time when it was rare for an African-American to attend college, much less one in northern New York state. Establishing himself as a leader at school, he was selected to provide the commencement address, which he titled, “Up from the Depths.” It wouldn’t be his last. The scholar earned a second degree at Wesleyan University in Connecticut where he was commencement speaker.

Scholarship Committee Chair David Hill, interim provost and vice president for academic affairs, said the committee “reviewed several highly qualified applicants. Essence and Briana rose to the top, though all were deserving of both the award and recognition for their achievements.”

“We are fortunate to have alumni who remain committed to the college and our students,” Hill said. “Both the alumni and the students who receive the award exemplify the abilities and values of James Augustus Wilson.”

The framers of the scholarship, which was initiated by Greg Riley, Class of 1977, and Bruce Mante, Class of 1979, wanted to identify and recognize black and African-American students who have demonstrated the academic foundation, leadership skills and social-justice qualities that Wilson embodied. Recipients are asked to speak to their African-American life experiences and demonstrate how their experience has shown similar qualities on campus or in the community.

Clinton, who was born in Brooklyn but spent the majority of her adolescence in Barbados, said she viewed the scholarship “as an opportunity to remember James Augustus Wilson and his achievements while giving me the opportunity to create my own goals that I would hope to achieve.”

“When I heard I was nominated, I was so happy because I know how competitive it was, and I knew some people who also were nominated,” Clinton said. “This scholarship will affect my experience here at SUNY Plattsburgh by giving me the encouragement that I need to always go after something believing that what is meant for me will always be for me and remembering to work hard for myself and my family.”

Hightower, who just finished her term as president of the Student Association, said she was “at a complete loss for words” upon hearing of her nomination by Dr. Jessamyn Neuhaus, professor of history.

“My first reaction was to rejoice and thank the universe for all blessing provided to me,” Hightower said. “I knew this scholarship would be my only hope at being successful during my spring 2020 internship in Washington, D.C. I’ll be utilizing this scholarship to pay my bill for the spring semester.”

The sociology major is no stranger to interning on the Hill. Hightower spent summer 2019 in D.C. as an intern in the office of Brooklyn Congresswoman Yvette Clarke through the Congressional Black Caucus Foundation.

“I’m extremely honored to be a recipient of this particular scholarship,” she said. “As a black woman, I know how important it is to obtain an education. For me, education isn’t singular. Once I am knowledgeable, I can continue to educate my sisters first, and following that, an entire nation. Whether he knew it or not, Mr. Wilson is a legend. And as a first-generation student, I am beyond grateful that this fund was created to assist students such as myself.”

The hospitality management major who ultimately wants to work the front end for a top-tier hotel chain, said that knowing the Wilson scholarship “was created to honor the first black/African American student to enroll in and graduate from SUNY Plattsburgh makes me feel very grateful to him for paving the way and making such a strong impact here on campus.”

“I now have the inspiration as a first-generation college student to be able to walk on that stage my last year and receive a diploma. I do it for all those who didn’t have the chance and hope to inspire those who may think it is impossible for them, just like James Augustus Wilson,” she said.

Clinton plans to study abroad in Spain the spring 2020 semester, and the scholarship will make it a more affordable experience.

“I hope to come back and share all my stories with everyone here on campus to promote studying abroad as a business major and as a minority in a completely different setting to what I am accustomed to,” she said. “I never thought in a million years that I would be going to Spain, but this scholarship has made it even more of a reality for me.”