‘Trespasser’ Talks About His Trek Along Keystone XL Pipeline 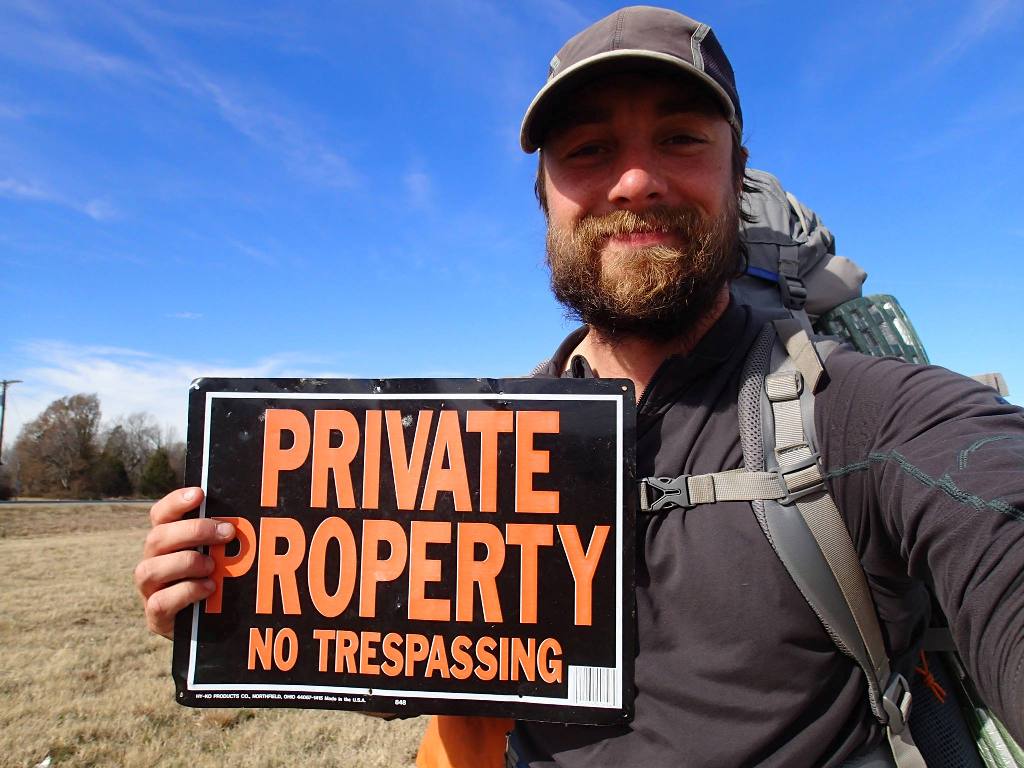 A self-described “trespasser” walked into Yokum Lecture Hall on the SUNY Plattsburgh campus in early November to talk about his adventures and misadventures as outlined in his book, “Trespassing Across America.”

Ken Ilgunas, who was invited to campus by Dr. Curt Gervich, associate professor of environmental science, spoke to a crowd of well over 50 about his trek across America — traipsing across public and private landscapes that are threatened with energy and mineral extraction, according to Gervich. Ilgunas’ work focuses on topics that range from social justice to nature philosophy and environmental advocacy. 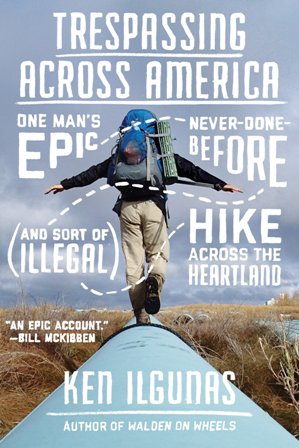 The journalist, environmental author, photographer and backcountry park ranger spent the better course of a year following the 1,700-mile Keystone XL pipeline so that he could better understand what the pipeline and its path looked like up close and how people directly affected felt towards it.

He described his journey as having begun from “one of those sparks that only happen a few times in your life,” igniting his plan to hike the pipeline.

Faced with a myriad of new challenges, largely inexperience, Ilgunas recalled some of the precautionary steps he took to plan for this hike.

“I started out by enlisting a friend’s help and used them as my ‘home base’ of sorts,” he said. The plan had Ilgunas’ friend sending him supplies as needed to the nearest post office. Additionally, he further prepared by training himself, going on smaller hikes to build up his endurance, and familiarizing himself with the ultra-light camping equipment he bought.

Despite all the planning that occurred, though, Ilgunas realized he was woefully underprepared.

It was when he was at his worst, however, that Ilgunas realized the most important thing from his journey: “Togetherness, not just the environment,” he said. It was in this adversity Ilgunas spoke to the countless kind acts of strangers. Whether it was the people who gave him the essentials or people who went above and beyond letting him stay at their house, it was strangers that did the most for him, even strangers with viewpoints he disagreed with.

“I was most surprised in my trip to meet so many people that were happy to have the pipeline in their backyards,” he said.. When he started, he expected to find everyone hating the pipeline, given the news surrounding it, but Ilgunas said he quickly found out that was not necessarily the case.

As he went further south, closer to the endpoint of Texas, more people were opposed and regretted having to give up their land. However, at the start of his journey, Ilgunas found out people were happy to give their land they didn’t use for money. But regardless of the varying views, Ilgunas said these strangers were happy to lend him a hand.

Ilgunas was asked later if he felt he’d accomplished anything as a result of his trek and subsequent book.

“In the United States especially, people have this ‘Superman mentality’ that they have to do everything alone,” he said. “Now, some individuals are like this, but even the average person can do something without fixing a huge problem (by themselves).”

Another student wanted to know what he thought was the most important moment to him on his journey.

Ilgunas paused and reflected before answering. When he reply, he didn’t speak about the mountains or the countless wildlife or the beauty of the American West. He talked about the kindness of strangers.

“As I stood there holding onto my McDonald’s chicken sandwich, given to me by a complete stranger, in the middle of the mid-west, that really showed me just how similar we all are,” he said.