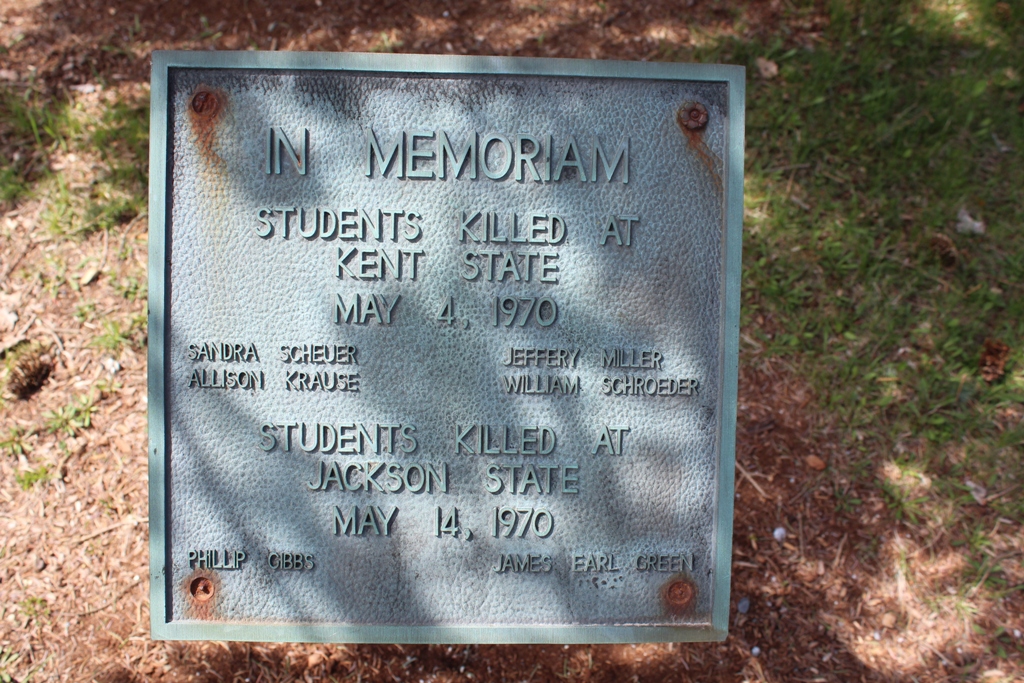 SUNY Plattsburgh will hold its annual commemoration — this year marking the 50th anniversary — honoring the victims of the 1970 Kent State and Jackson State university shootings, Thursday, May 7 beginning at noon.

“SUNY Plattsburgh has never missed a year since 1971 holding a ceremony, and we should not allow this pandemic year to break our tradition,” said Bryan Hartman, vice president for enrollment and student success, who is a member of the Class of 1988.

In May 1970, four people were killed and nine were injured when the Ohio National Guard opened fire on students who were protesting the Vietnam War and the military intrusion in Cambodia.

Just days later, on May 15 early in the morning, two students at Jackson State University in Jackson, Mississippi, were shot and killed and 12 were injured by police. The students had gathered to protest racism.

SUNY Plattsburgh’s first memorial was held in 1971 to commemorate the first anniversary of the shootings. The Student Association organized it and has continued to help ever since. On that day, led by student leaders, administrators and prominent local clergy, 200 people held a ceremony at the base of the Macdonough Monument in downtown Plattsburgh and then marched quietly down Cornelia Street to campus. 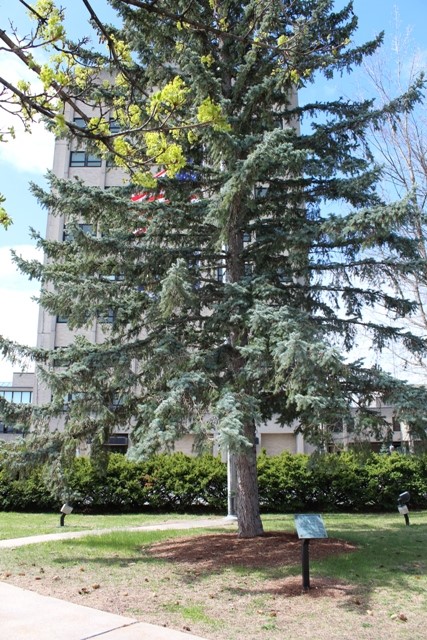 That march kicked off a “Festival of Life” that was held the following day. A spruce tree was planted in front of the Kehoe Administration Building and later, a plaque was placed in front of the tree, listing the names of those killed on the two campuses. That tree now towers over the Kehoe traffic circle.

“As a college, SUNY Plattsburgh believes we need to hold this memorial ceremony each year so that we do not forget the tragic events that took place on college campuses back in 1970,” Hartman said. “We believe that there are timeless lessons that we all need to be reminded of in hopes that this type of even does not happen again.

“At the forefront of these lessons is to remind us to resolve conflict in non-violent and peaceful ways. SUNY Plattsburgh has a deep tradition in valuing student voices, supporting and respecting civil disobedience on this campus.”

As a result of COVID-19, the college’s 50th anniversary ceremony will be held via Zoom and will include remarks by Hartman, a slide show that includes a musical selection by the Plattsburgh State Gospel Choir, and a panel discussion organized and moderated by Richard Aberle, adjunct lecturer in English. Aberle was instrumental in pulling this commemoration together.

“We’re honored to host a panel discussion with participants who were involved in student protests in 1970 and historians who continue to document the events of that spring,” Aberle said. Panelists include:

‘Etched in our National Memory’

“The shootings at Kent State and Jackson State have been etched in our national memory, but those two events were only the most violent and tragic moments in an era of student activism and sometimes violent social unrest,” Aberle said.

To join the SUNY Plattsburgh 50th Commemoration of the Kent State and Jackson State shootings on Thursday, May 7 at noon, click the link or use the telephone numbers below: