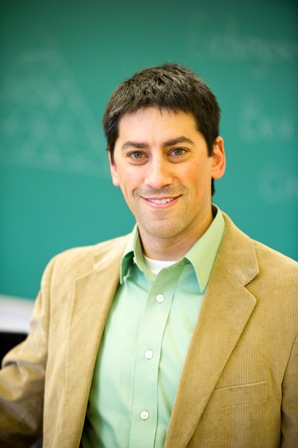 Nearly 100 researchers, planners and decision makers from New York, Vermont and Quebec will gather at SUNY Plattsburgh for three days of flood-management presentations, planning, and a response simulation during the bi-annual Lake Champlain/Richelieu River Study Board conference Oct. 10-12.

Dr. Curt Gervich, associate professor in the Center for Earth and Environmental Science and co-leader on the board, has been working on a project for the past 18 months with the International Joint Commission — an agency established between Canada and the United States in 1909 by the Boundary Waters Treaty — to identify flood management and mitigation techniques that will help alleviate the impact of more frequent and severe floods along our shared lake and river.

“The purpose of the project is to research and assess the various options for flood prevention, preparation, mitigation and management in the LCRR basin,” Gervich said. “The group is developing protocols for flood forecasting, identifying hot spots for emergency managers, research tools for slowing, holding and diverting water — really, any and all options to reduce the impacts of the two flooding events of 2011.”

In 2011, record snowmelt and heavy spring rains brought Lake Champlain to flood stage in April, and remained at record levels into the summer. And then on Aug. 28, Tropical Storm Irene hit, bringing significant rainfall, which had profound and lasting impact on the watersheds of Lake Champlain and the Richelieu River Valley.

“About 900 homes and camps were lost along Lake Champlain in New York and Vermont and about 3,000 homes along the Richelieu River in Quebec,” Gervich said.

The planners, researchers and government personnel come from state, federal and provincial agencies such as the state Departments of Environmental Conversation, Environment Quebec, the International Joint Commission, U.S. Fish and Wildlife Services, Army Corps of Engineers, FEMA, the Environmental Protection Agency, and universities in Quebec, New York and Vermont — SUNY Plattsburgh, the University of Vermont, McGill and Laval universities in Quebec.

“This group meets twice a year to review research, develop research agendas and make recommendations regarding flood management,” Gervich said, who chairs the U.S. research team for social, political and economic issues and works closely with his Canadian counterpart at Laval University. His team “is researching preferences and acceptability of the different flood management tools we are studying as well as the economic, social and political costs of these proposals.”

A portion of the funding is paying for Shannon Thayer, a 2018 alumna of the Center for Earth and Environmental Science’s environmental planning and management program, to attend graduate school at the University of Vermont.

When the nearly 100 project participates converge on SUNY Plattsburgh, they will meet in breakout sessions across campus and convene as a large group in the Cardinal Lounge, Angell College Center.

“The different committees meet at other times during the year to complete their research projects,” Gervich said. “Outcomes of the SUNY Plattsburgh conference will be lots of data sharing across the committees and states and province. We are also planning three public forums in November in Quebec, New York and Vermont and a video about flooding in the region.”

The five-year study will result in a report that will be submitted to the International Joint Commission in 2021. In a story out of the International Joint Commission, U.S. co-chair Keith Robinson from U.S. Geological Survey, said, “With a solid understanding of the impacts of flooding in communities on both sides of the border, the study board will be better positioned to recommend effective collaborative decision tools for municipal flood response managers as well as mitigation measures that are backed by public and political support.”

“The possibility of flooding places people’s homes and surrounding landscapes at risk, affects ecological resources and alters the economic viability of entire communities. We’re seeking to better understand what that means to people in the context of proposed solutions.”