Spring Commencement Slated for May 18 at Field House

For the last time in his tenure as SUNY Plattsburgh president, Dr. John Ettling will shake the hands of nearly 1,000 students eligible to graduate at the college’s annual spring commencement Saturday, May 18.

Ettling retires at the end of this academic year, 15 years since taking on the presidency. Since SUNY Plattsburgh holds winter and spring commencements, it will mark the 30th time he presides over the exercises.

Two commencement ceremonies will be held at the Field House gymnasium, the first beginning at 9 a.m. for students graduating with degrees from the School of Education, Health and Human Services and the School of Business and Economics, and at 2 p.m. for those students earning degrees in the School of Arts and Sciences. 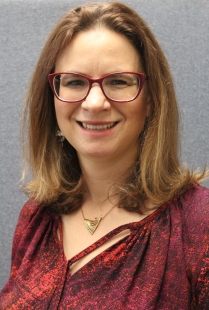 Andrea Hoffman, a 48-year-old married mother of a nearly college-age daughter, will earn her Bachelor of Science in nursing degree and address her fellow graduates as student speaker at the 9 a.m. ceremony. Hoffman, originally from Germany, set down roots in Plattsburgh because her husband, Frederick, was stationed at the former Plattsburgh Air Force Base. They returned here in his retirement.

Hoffman holds a degree in horticulture from college in Germany and works at Cook and Gardner in Plattsburgh but said she needed to find something else. With a family, working two jobs and going to classes, it took her eight years.

“I do not regret it,” she said. “Nursing is a wonderful profession, a rewarding, well-regarded profession. You can make a difference. And it’s such a diverse field, you can really what you want to do in nursing,” she said. 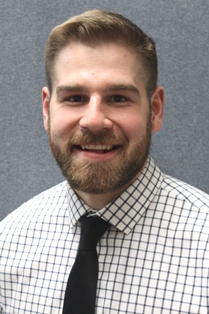 Ryan Chiasson, a political science major from Henderson, Nev., will address students at the 2 p.m. ceremony. Chiasson said he first came to Plattsburgh to play on the Cardinal men’s hockey team.

“It was my parents who encouraged me to go to university,” he said. “Hockey allowed me to come here. My dad never had the chance to get a university degree, so that was also a big motivating factor.”

Chiasson plans to take a year off, travel with is girlfriend and settle in Almonte, Ontario, before applying to law schools.

“The whole SUNY Plattsburgh experience has been amazing for me, and I have grown so much since beginning my time here at Plattsburgh,” he said,

The ceremony will also include the awarding of two honorary degrees in science to two SUNY Plattsburgh alumni who graduated 20 years apart but who both went into careers in health care that have helped them save countless lives.

Dr. Koon Yan “Chris” Pak, who graduated in 1974 with a degree in biology, and Dr. Hassan Tetteh, a 1994 graduate with a degree in biochemistry, went on to careers in the medical field — Pak as a research immunochemist and scientist, and Tetteh as a board-certified surgeon specializing in heart and lung transplantation. Honorary degrees are conferred by the State University of New York to “recognize excellence and extraordinary achievements in disciplinary fields in human endeavors and philanthropy.”

Both ceremonies begin with a processional performed by the Royal Canadian Mounted Police Bagpipe Band followed by the singing of the National Anthem by the Plattsburgh State Gospel Choir and a welcome by the president to students, parents and friends.

Masters and bachelor candidates will then be presented for degrees by Dr. David Hill, interim provost and vice president for academic affairs. Essence Hightower, president of the Student Association, will preside over the official tassel change, after Dr. Ashley Gambino ’04, first vice president of the Plattsburgh Alumni Association, will welcome students into the association during the morning ceremony while Bruce Mante ’79, a member of the association’s board of directors, will give the welcome at the afternoon ceremony.

The May 18 ceremony will be broadcast live online beginning at 9 a.m. The link will be available on the college website the day of the ceremonies.