Slate of Concerts Set to Take to the E. Glenn Giltz Auditorium Stage

SUNY Plattsburgh is gearing up for a musical season with programs on tap for the E. Glenn Giltz Auditorium stage beginning Nov. 19 with the Gospel Choir.

The Plattsburgh State Gospel Choir kicks the season into gear with a Motown Soulful Christmas 2022 Saturday, Nov. 19 at 6 p.m. in the E. Glenn Giltz Auditorium in Hawkins Hall. 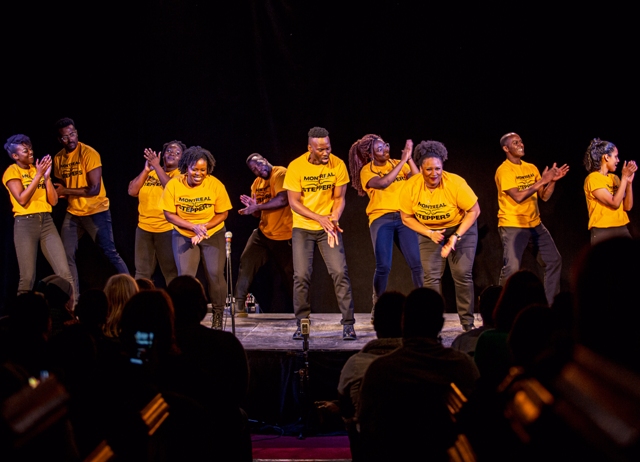 Special guests for the program include the Montreal Steppers Team led by Kayin Queeley, a SUNY Plattsburgh grad, Class of 2013.

The program title, “Alterations,” refers to the musical alteration that each work has undergone, including works by Mozart, Erikson, Tchesnokov, Bill Pfaff, Wagner and more.

The concert is free and open to the public.

Champlain Valley Voices returns to the E. Glenn Giltz Auditorium Sunday, Dec. 4 at 3 p.m. in its performance of a holiday favorite, Handel’s “Messiah,” directed by a Timothy Morningstar, adjunct lecturer in the music department. For ticket information, visit champlainvalleyvoices.org.

Morningstar returns Friday, Dec. 9 at 7:30 p.m. in Giltz directing the Concert Choir as it performs “Sounds of the Season.” The program is a mix of holiday choral music, including traditional  Christmas carols and music celebrating Kwanzaa and Hanukkah. Other popular holiday favorites will include “The Christmas Song,” “Winter Wonderland,” and “Have Yourself a Merry Little Christmas.” The program, which is free and open to the public, concludes with a musical set of variations on “Deck the Halls.”

Concert choir is a non-audition campus choir with nearly 30 singers performing in the “Sounds of the Season” show. SUNY Plattsburgh alumnus Ryan Mahony ’17 will accompany the chorus, and Luke Gerhardt, a freshman from Plattsburgh, will play percussion for the Kwanzaa selection.

The concert is free and open to the public.