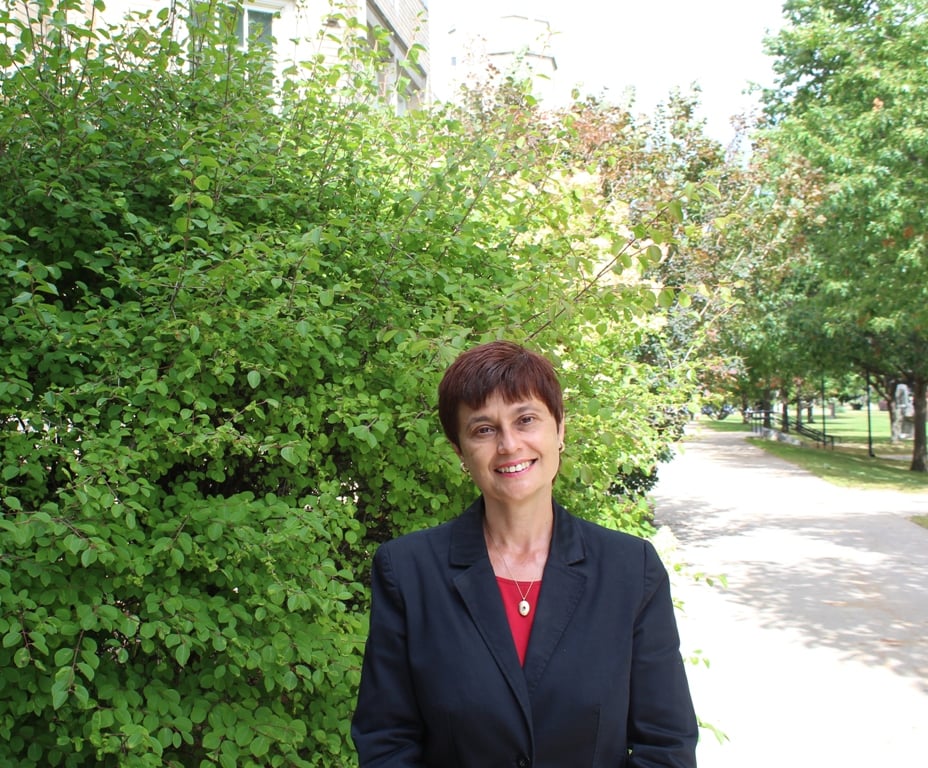 A SUNY Plattsburgh criminal justice professor has been accepted into an exclusive fellowship that will examine ways to incorporate lessons about mass atrocities, and the events leading up to them, into their curriculum.

As the only SUNY Plattsburgh representative on fellowship with the institute, Ciobanu joins colleagues from only six other SUNY schools across the state. Disciplines include public administration and policy, political science, business analytics and operations, English, romance languages and literature and theater, to name a few of the 16 faculty who will be participating.

Ciobanu, who teaches courses in human rights and transactional justice — how communities cope with the aftermath of injustice — said she’s excited to look at what risks lead to mass atrocities. One of the most well-known is the Holocaust of World War II in which more than 6 million men, women and children lost their lives to Nazi barbarism. But there are others.

“Most people study genocide and its aftermath,” she said. The fellowship will broach that and allow her to broaden the scope of her curriculum as it pertains to before, during and after atrocity, hopefully leading to its prevention.

For its part, the institute attempts to help professors across SUNY incorporate the examination of atrocities into curricula in surprising ways. According to the institute, the program was designed “to engage faculty in a guided process of learning and exploration of the potential for their own disciplines to contribute to atrocity prevention.

“Fellows learn from institute faculty, staff and practitioner visitors alongside faculty from a wide range of disciplines both within their cohort and from previous cohorts. The program culminates with each faculty member modifying one of their own courses to integrate” what they learned through the seven-month program.

“This will push me in different directions in my teaching and research,” Ciobanu said. She points to a webinar she attended on Muslims in China and how they face “serious human rights violations.”

Since 2014, the Chinese government has subjected Uyghurs to widespread abuses, including forced sterilization and labor. According to Ciobanu, some million and a half Uyghurs have been sent to “re-education camps,” the goal of which is to indoctrinate them into the Chinese Communist Party ideology.

“The Chinese government wants to wipe out their culture,” Ciobanu said. “Women and activists are trying to raise awareness. When teaching human rights (in the United States), everybody knew about the U.S. trying to help the Afghan people, but no one is talking about the Uyghur.”

“Everyday we hear X number were killed here, X number were killed there, and we take it for granted. If we attach a story to it, the public becomes more sensitive. Remember in Syria when that dead child washed ashore trying to cross the Mediterranean Sea? Then everyone started to take interest in Syrian refugees.”

No Longer Relegated Only to Social Sciences

“People do a lot of business with China,” she said. “Even business people should be more involved. After the Holocaust, businesses and financial investors had to pay reparations for supporting the Nazis. Mass atrocities have such entanglements.”

Ciobanu said these kinds of discussions, research and debates are exciting to an educator.

“I feel like a student teacher in a way,” she said. “We will go through eight modules and be requested to do what I’d expect my own students to do. It’s very useful for my scholarship but for my students and SUNY Plattsburgh.”

Ciobanu said that she will revise and update her syllabi as she goes “to include discussion of topics I’ll be exposed to, learn and study for the duration of the fellowship. I will be able to revitalize the content of my courses and the approaches to teaching.”