Phone Call Made All the Difference to State Historian 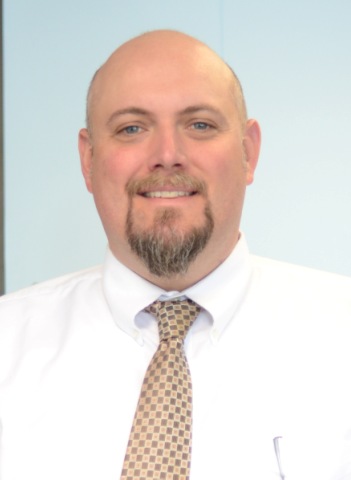 The historian for the state of New York said it was a phone call from the SUNY Plattsburgh history department that solidified his decision to study here.

Devin Lander ’05, who hailed from Wayland, N.Y., a small town south of Rochester, said that although the location of the college and its proximity to Lake Champlain and the Adirondacks were huge draws for him, it was “the fact that of all the campus history departments I visited as I was deciding where to go, Plattsburgh’s was the only one that followed up later with a phone call,” he said.

“That one act made me feel that the department really cared about students,” Lander said.

He did, indeed, heed the call and said the history department was the driving force in all he learned while at SUNY Plattsburgh.

“I knew I was going to major in history; that was never a doubt,” he said. “The first thing I learned was that college-level history was more than memorizing dates and names, which was something that high school history leaned on at the time.” That realization was drilled into Lander in the first history class he took with retired Professor Lawrence Soroka.

“Other professors who helped me on my sometimes confusing way were Sylvie Beaudreau, who was my adviser, James Lindgren, Jeff Hornibrook and, of course, Douglas Skopp, who was such an amazingly encouraging and helpful resource to all of his students and is extremely missed.” Dr. Skopp, professor emeritus of history and SUNY Plattsburgh college historian, lost his years-long battle with cancer in May 2018.

He also lauded Dr. Robert Harsh, Educational Opportunity Program counselor emeritus and adjunct lecturer, and the late Dr. David “Doc” Mowry, with both of whom he took classes through the Honors Program.

Lander continued his trajectory toward historian while earning his master’s degree in public history at SUNY Albany when he worked as a project archivist with the university’s Department of Archives and Special Collections. He then worked nearly seven years as staffer for state Assemblyman Steve Engelbright, chair of the state Tourism, Parks, Arts and Sports Development Committee.

“He was looking for someone to act as the staff coordinator for a new public benefit corporation that the state created to protect the viewshed of the Saratoga National Historical Park called the Hudson-Hoosic Rivers Partnership. I also worked as deputy legislative director and committee clerk for the assemblyman,” Lander said.

He then became executive director of the Museum Association of New York, a non-profit that supports the work of museums, zoos, botanical gardens and aquariums across New York state.

“When the state historian’s position became vacant, I decided to apply for that, thinking I had no chance,” he said. But he was mistaken.

As state historian, Lander serves as a staff member of the New York State Museum, working with colleagues there on projects related to state history, including the planning of the 250th anniversary of the American Revolution among other commemorations, and he works closely with local government historians and historical museums and associations from across New York.

He also maintains the Office of State History website, http://nysm.nysed.gov/research-collections/state-history and co-hosts a WAMC-Northeast Public Radio podcast, “A New York Minute in History,” which can be found at https: //wamcpodcasts.org/a-new-york-minute-in-history/.

“And, to top it off, I am also the co-editor of the “New York History” journal, published by Cornell University Press, which puts me firmly in the academic history world as well,” he said.

Lander, who lives in the Albany area with his wife, Carolyn Zimmer Lander ’00, whom he met at SUNY Plattsburgh, and their daughter, Maura, is often invited to give talks at historical gatherings across the state and will serve as the keynote address at the Clinton County History Conference Saturday, June 22 beginning at 9:30 a.m. at the Beekmantown Town Hall, 571 Spellman Road.

Among the topics discussed will be preserving towns’ historic buildings, erecting markers at important sites, encouraging tourism using history, and safely preserving gravestones, issues Lander says are important not only for local historians but for the general public as well.

“I ask that people take an interest in their local history in some way. That could be by attending programs put on by their local government historian or historical society, by becoming involved in local historic preservation efforts, or simply by trying to learn more about the history of their own family, town and state,” he said.

When he speaks at programs like that being held June 22, he said he talks “about historic preservation within the larger topic of the importance of history itself.”