The chancellor for the State University of New York was on campus Sept. 27, visiting the Center for Neurobehavioral Health, meeting with campus administration and spending an afternoon answering questions from faculty, staff and students at a town meeting.

Chancellor Kristina Johnson, on the job a little more than three weeks following the retirement of Chancellor Nancy Zimpher, first met one on one with President John Ettling before heading over to the new center in Sibley Hall that houses clinics and programs such as the Traumatic Brain Injury Center, Third Age Adult Day Center, Alzheimer’s Disease Caregiver Support Initiative, and the Department of Psychology.

Johnson met center staff and shared her own story of losing her mother to dementia.

“It’s an awful disease. The work you’re doing here is so important,” she said.

From there, Johnson stopped by the Myers Fine Arts Building where Ettling described the college’s Museum Without Walls, created by the late Edward Brohel, longtime museum director. Johnson visited the lobby gallery, Burke Gallery and Winkel Sculpture Court. She was particularly taken by a painting of Ausable Chasm called “Derive” by Jackie Phuong Ta, a junior from Vietnam who is majoring in art. The painting is part of a student show called “Studio Selections.”

“This is unreal,” Johnson said after seeing the sculpture court and the works hanging in the Burke Gallery from the college’s collection. “People tell me the campuses are all distinct — they aren’t one-size-fits-all. But having seen the student exhibition downstairs, the Winkel exhibit, this,” she said gesturing around the Burke Gallery, “the distinctiveness is everywhere we go.”

While SUNY Plattsburgh is one of a dozen of the 64 SUNY campuses she’s visited so far, she said she wants to visit all the campuses in the coming weeks “to understand the breadth and depth and to learn how I can support them.”

Lunch at the president’s house was next on her agenda, where Ettling and his wife, Lisa Lewis, introduced Johnson to college vice presidents, deans, SA President Vrinda Kumar, college council members, area business people and local politicians including the mayor of the City of Plattsburgh, Dr. Colin Read, who is also professor of economics and finance at SUNY Plattsburgh.

From there, Johnson walked over to Au Sable Hall for a town meeting with a select group of students, faculty and staff representing all areas on campus, from the accounting department to Student Support Services. Johnson spent an hour fielding questions as varied as how does she see her role as it pertains to the social unrest seen across the country in recent months to whether her office can assist with the creation of a website dedicated to SUNY alumni.

Johnson is a former Johns Hopkins University provost and Duke University dean of the Pratt School of Engineering. She had been appointed U.S. under secretary of energy by President Barack Obama. She was the founder and CEO of Cube Hydro Partners, which develops hydroelectric generation facilities that provide clean energy to communities and businesses throughout the United States.

She is an inventor and entrepreneur and holds nearly 120 U.S. and international patents for her inventions. In 2015, she was inducted along with Gary Sharp into the National Inventors Hall of Fame for their development of polarization-control technologies that enabled high quality 3D movies and television.

She told those gathered in the Hermes Conference Room in Au Sable Hall that she had wanted to study astrophysics but ended up in electrical engineering because “it was a good combination of both math and physics.” As a result, she said she has long been an advocate for women in STEM education.

As her visit to campus was winding down, Johnson encouraged those with questions or suggestions to follow her on Twitter @kjohnsonsuny. 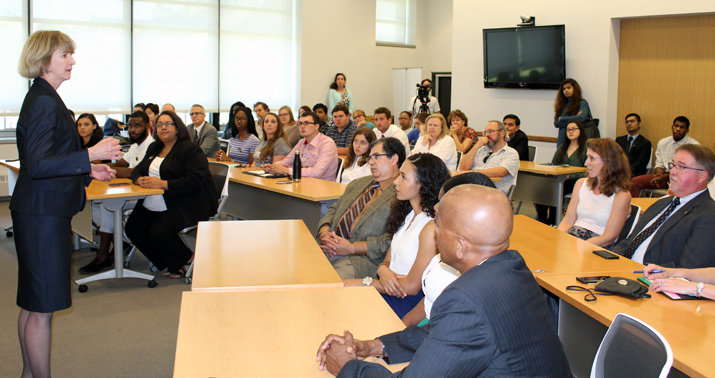 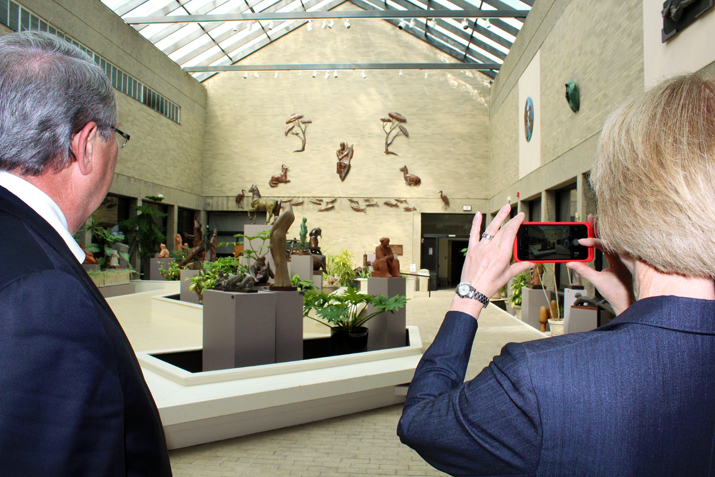 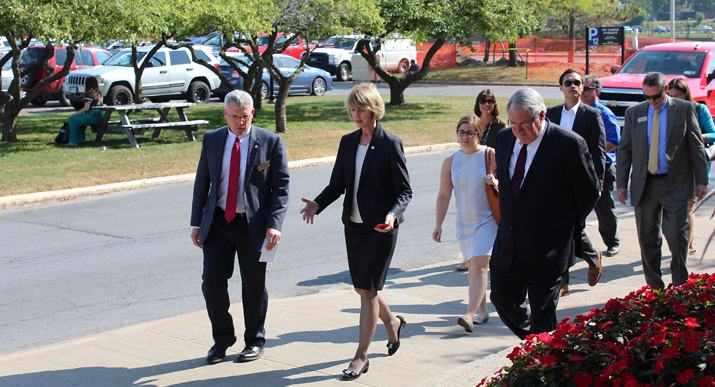 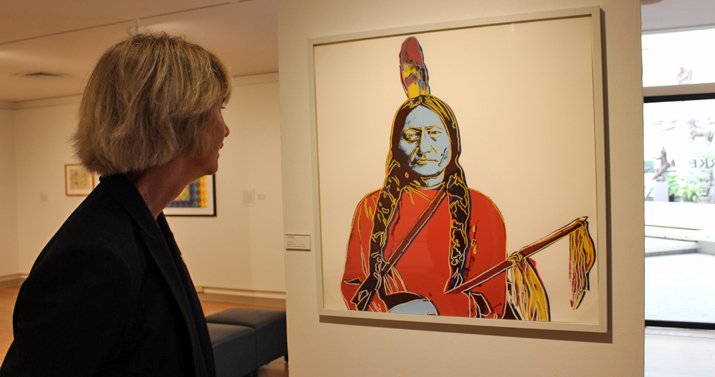