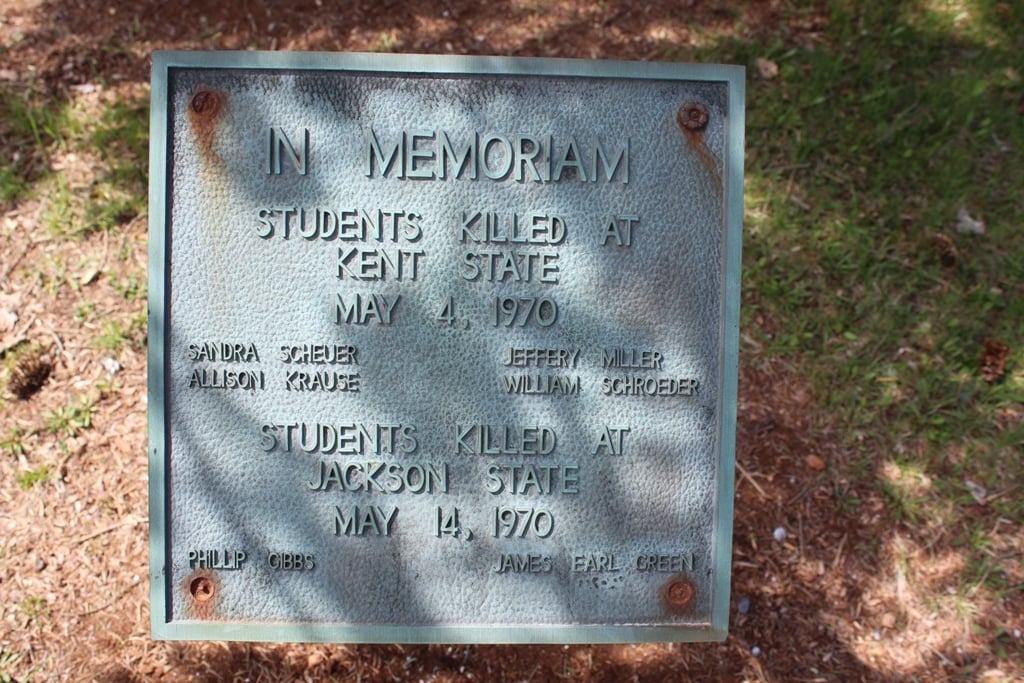 The SUNY Plattsburgh Student Association will again sponsor the college’s commemoration of the shootings 52 years ago at Kent State and Jackson State universities Thursday, May 12 at 12:15 p.m. at the plaque in front of Kehoe Administration Building.

On May 4, 1970, as students at Kent State in Ohio were protesting the Vietnam War and U.S. military intrusion in Cambodia, members of the National Guard opened fire, killing four students. 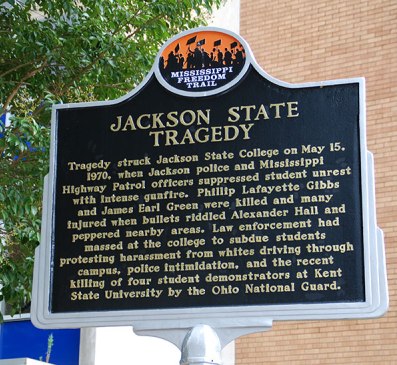 Eleven days later, state police shot and killed two people and wounded 12 others at Jackson State in Jackson, Mississippi, during a protest of the war and the disproportionate number of African-American men being sent to Vietnam over white men. High schooler James Earl Green was walking home from his grocery store job when he was struck and killed by a bullet fired by police.

The college’s first memorial was held the next year. Student leaders, administrators and prominent local clergy joined a crowd of 200 people as they marched from the Macdonough Monument downtown to campus.

That march kicked off a “Festival of Life” the following day. A spruce tree was planted in front of the Kehoe Administration Building and later, a plaque listing the names of the dead from both colleges was placed in front of the tree, which now towers over the Kehoe traffic circle.

At this year’s ceremony, members of the student body and faculty will speak with Cori Jackson, interim vice president for enrollment and student success, serving as emcee.

For more information, contact the Student Association at 518-564-3200 or email [email protected].