Students in Amy Gervich’s teacher education class spent a good part of the spring 2017 semester getting to know students in Elsa Fernanda Gonzalez’ class 2,500 miles away.

Through the State University of New York’s Center for Collaborative Online International Learning (COIL), students here are able to get a sense of studying and working with students abroad without leaving the classroom.

“If students can’t study abroad, they can still have that experience using the internet,” said Rich Gottschall, assistant professor in marketing and entrepreneurship and the COIL coordinator at SUNY Plattsburgh. Through Skype and video interaction, email, Facebook and texting, students work on projects, discuss differences in cultures, experiences and family life.

The model involves bringing faculty from two cultures together to provide students with these international learning experiences. Collaborations range from three to 12 weeks. In her “Intercultural Communication: Ethics, Relationship, and Multicultural Competencies in Education” class, Gervich teamed with Elsa Fernanda Gonzalez, coordinator of applied linguistics at the Universidad Autonoma de Tamaulipas in Tamaulipas, Mexico, to exchange information and experiences between the two classes.

According to Gervich, students gained an understanding of their identities as members of the Mexican and American cultures — by comparing and contrasting traits such as food customs, cultural celebrations, religious observations and others with online exchange partners. Students at SUNY Plattsburgh were partnered up and created videos to exchange with their Mexican counterparts by way of introductions. Then, the U.S.-Mexico teams created interview questions related to topics such as language and cultural awareness, age and social media. Examples of questions included:

Teams then set about interviewing people in their respective communities — on video and audio. Students from both countries then compared the differences and similarities found through the interview process.

Education major Paige Moulton of Madrid, N.Y. said they and the students from Universidad Autonoma de Tamaulipas share many of the same concerns and experiences. The same was true about the folks interviewed for the project.

“It was nice getting to know them,” Moulton said. “You find out that they’re listening to the same music you are, doing the same things you are.”

Gonzales said her students were shy in the beginning. Although they have to have a certain level of English proficiency to participate, they were shy to speak in English. But the impact on the students was positive. COIL strives to promote an awareness and knowledge about other cultures and realities, an understanding of how others perceive us and why, an understanding and awareness of each person’s own cultural background, and opportunities to build diverse personal relationships.

An email was sent to faculty from the Global Education Office in early May, inviting them to participate in an initial COIL course orientation. Held quarterly, the next orientation will be held May 29-July 2 and includes participants from around the world who will help prepare faculty on finding and creating international partnerships.

Gervich, and Janet Puhalla, lecturer in geography completed the initial online orientation workshop and then signed on to the Mexico project. They were then invited to the three-day Mexico-USA Multistate COIL Program in November. In March, Gonzales spent several days in Plattsburgh working with Gervich’s students while they worked with her students remotely.

For more information on this orientation or any future orientations, which are offered quarterly, contact Gottschall at [email protected]. 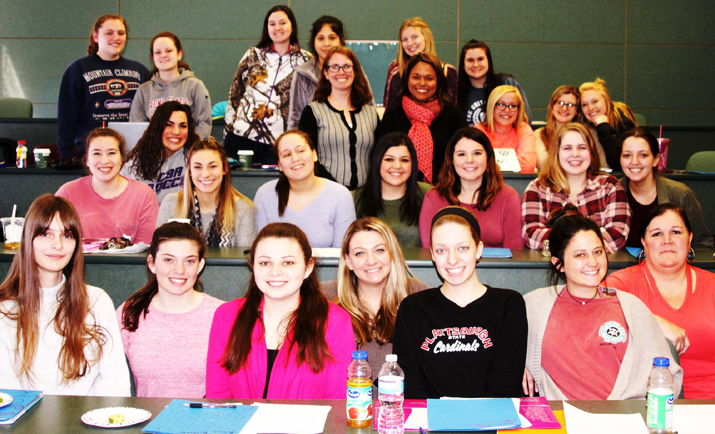