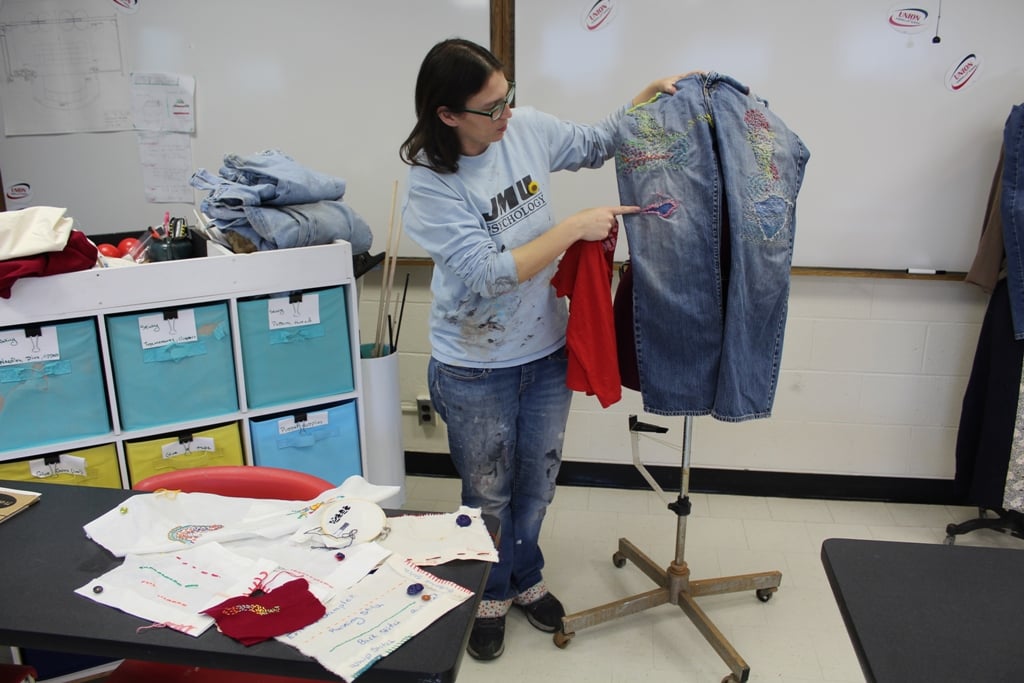 In order to bring order to our wear-once-then-throw-away clothing mentality, you just need to buy less, and that, says costumer Erika Guay, is how you create a sustainable world where fashion is concerned.

Guay, an associate professor in the SUNY Plattsburgh theater department, teaches “Fashion and Sustainability” as a Cardinal Foundation Seminar. This week, her students are tabling in the Angell College Center as part of the Fashion Revolution global initiative.

According to their website, Fashion Revolution Week “is our annual campaign bringing together the world’s largest fashion activism movement for seven days of action.”

Organized to call attention to the April 24, 2013 collapse of the Bangladeshi building, Rana Plaza, which housed multiple garment factories and employed some 5,000 people who were making clothing for some of the biggest fashion brands in the world. More than 1,100 people, mostly young women, died when the building collapsed; another 2,500 were injured, making this one of the largest industrial disasters in history.

Guay’s class looks at the complex problem of fashion — clothing consumerism — from who is making the clothes and who owns the factories to how workers are treated and paid, from who’s responsible for what’s on the shelves to how you treat your own clothes. 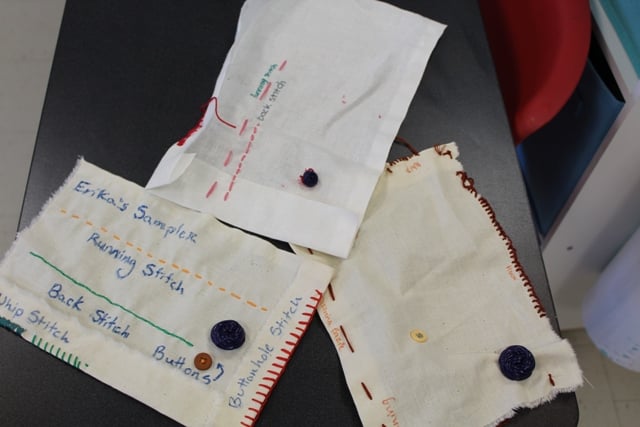 “The class fits so well into the framework of the Cardinal Foundation Seminar,” Guay said. “Students can problem solve as we focus on learning how to sew together. This is essentially an education in sewing, mending and caring for your clothes.”

For their first assignment, the students — all first-year from a variety of majors — had to do an assessment of everything they own that is a fiber, Guay said.

“Mostly, it’s a look at how we need to wear less and use less,” she said. “As a costumer, I have tons of fabric, but I have moved toward the idea of borrowing from my closet or reusing what we already have.”

The goal is to create a personal sustainability plan.

“It isn’t easy, and it isn’t fast. Just like crash diets don’t work, you have to ultimately find what will stick for you,” Guay said. After Fashion Revolution week, Guay will ask her students to visit a thrift store or to find something as part of the final unit on sustainable shopping. 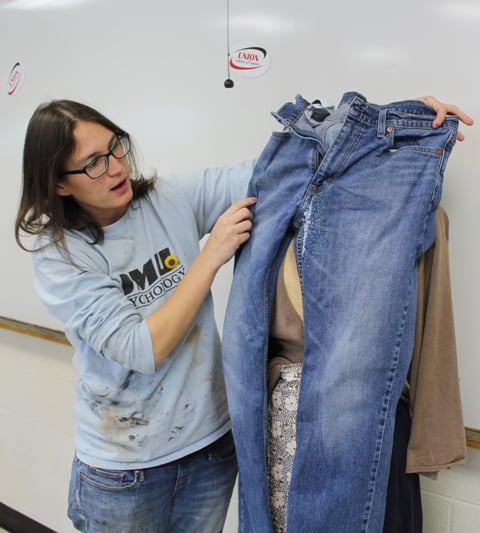 Guay herself is a walking advertisement for reusing and repurposing clothing. While teaching her students sewing stitches using embroidery threads and yarns, she brings forth jeans, belonging to her husband, that she has painstakingly repaired using rice stitches, blanket stitches and running stitches.

Sewing since she was in high school when her mother pulled out an old sewing machine for her to use, Guay went on to earn her bachelor’s degree from Gettysburg College and her M.F.A. from the University of North Carolina Greensboro. She is a member of the U.S. Institute for Theatre Technology, Kennedy Center American College Theatre Association, Phi Beta Kappa and Alpha Psi Omega. With specialties in design and building puppets, mask making and Asian theater, her current research focuses on sustainability in theater design and ecoscenography — combining the creation of theatrical scenery with an increased awareness of global ecological issues, the perfect dovetail into the Fashion Revolution.

“If everyone knew their clothes had possibly been made by child labor, would that stop you from buying them? Maybe not, but the way to really solve the problem is to simply buy less. If you do have to shop, thrifting and second-hand or clothing swaps are the best options,” she said. Ultimately, make what you have last.

And Guay’s educational activism has had an impact.

“Most of the students mentioned that they have never been active before,” she said about their unit on the Fashion Revolution. “I told them it’s not a protest; it’s simply educating people on using less.”

During the noon to 1 p.m. tabling session, the first of which was April 18, the second and third of which will be April 20 and 22, students have handouts and a photo booth for students to take photos and put on social media. Guay posted the college’s involvement on the Fashion Revolution site.

For more information on Fashion and Sustainability and the Fashion Revolution at SUNY Plattsburgh, contact Guay at 518-564-2324 or email [email protected].