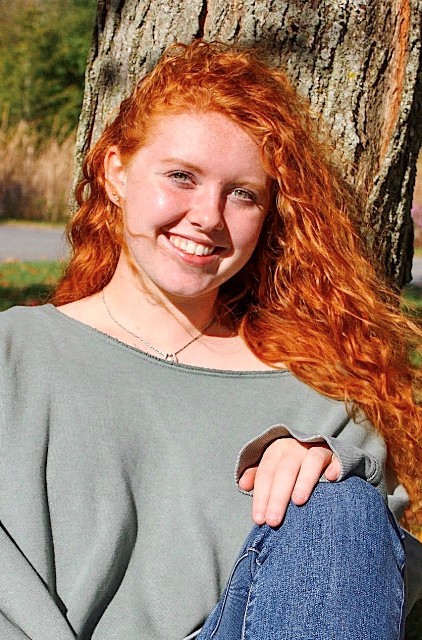 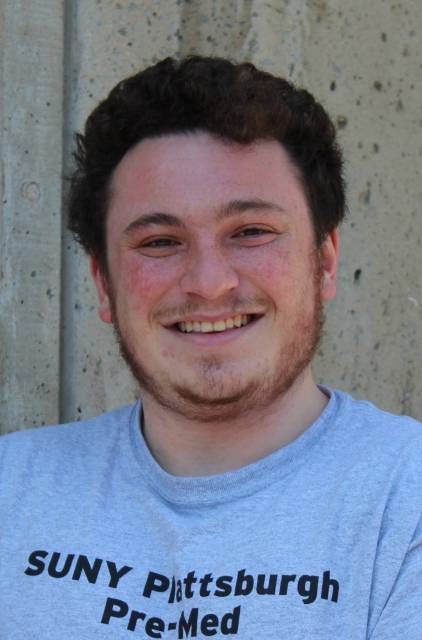 Two SUNY Plattsburgh students will be recognized by the State University of New York for excellence across the spectrum of collegiate experiences and honored by Chancellor Jim Malatras at a virtual ceremony April 14 from Albany.

Senior psychology major Kassandra “Kass” Doran of Marathon, N.Y., and biochemistry and biomedical sciences major James Faraci of Troy, N.Y., were cited for their accomplishments during a most challenging year of pandemic, distance learning, pool testing and quarantine.

"We are immensely proud of Kassandra and James," said President Alexander Enyedi. "They are deserving of this honor. Their leadership, service and accomplishment represent the best of SUNY Plattsburgh. As lifelong Cardinals, they will continue to soar."

The Chancellor’s Award for Student Excellence honors students from SUNY campuses across the state who have demonstrated integration of academic excellence with other aspects of their lives, including leadership, campus involvement, athletics, career achievement, community service, creative and perform arts.

Doran said she didn’t find out about the award until a few days after her friend — and fellow community advocate — Faraci had learned of his award.

“James called me with excitement saying he received an email and told me to check mine,” she said. When no email came, Doran assumed she was not a recipient. “That following Monday, I was eating lunch when I got an email titled, ‘Chancellor’s Award for Student Excellence Decision.’ I was shocked when I read, ‘Congratulations!’ I told my boyfriend, ‘I got the award!’

Doran said she was able to maintain her level of academic excellence even during remote learning thanks to having taken online college classes while still in high school. This helped her develop specific time-management methods she successfully implemented when the college shifted to all-remote learning in March 2020.

“The hardest thing for me was trying to find time to relax because I was in the process of applying for graduate school while taking 20 or so online credits,” Doran said. “Online learning really takes more time than in-person, so I felt like my days were dedicated to my laptop. I no longer take in-person interactions for granted, and I am sure I will feel like that for a while.”

The other thing she won’t take for granted are the friends she made late in her college career. It took Doran until her sophomore year to bloom.

“If I had to give advice to those heading off to college, I would say to explore your freshman year,” she said. “I did well in classes and knew my professors, but the friends and peers I met my second year really made my college experience what it was.”

Doran plans to attend a program for her masters in psychology, which will dovetail into a doctoral program, she said.

Faraci said his reaction to learning about the award was “pure excitement.”

“After knowing two of last year’s recipients, I knew this was something I was really trying to go after. (And) the first person I told was Kass. We had applied ‘together,’ and we’re going through the process together, so when I got the email, my first thought was, ‘Did Kass receive it, too?’”

Faraci arrived at SUNY Plattsburgh with an associate’s degree from Hudson Valley Community College. With his dad, James, being a 1974 grad who returns to his alma mater often, Faraci said he was already familiar with the college, making it an easy decision on his part to attend and earn his bachelor’s degree.

“I wanted to go to a place where I could make my own path and allowed me to explore as diverse a coursework as possible,” he said. “One of my favorite aspects of going to Plattsburgh has been the ability to meet and interact with much of the campus in my different capacities.” But the pandemic “really took that away from me.”

Also, Faraci, as a biomedical and biochemistry major, was in the middle of his medical school application cycle.

“The pandemic really affected both the process and the decisions made,” he said. “All of my interviews were conducted virtually, which I believe didn’t allow me to show myself in the same way.” He also said he’s not at a point where he wants to decide on a medical school “without ever visiting the campus where I’ll be spending the next four years of my life for my terminal degree.”

And like Doran, Faraci said he would advise others “to cast (their) net wider freshman year. I felt like I became hyper focused on my ‘clique’ very quickly,” he said.

Chancellor’s Award for Student Excellence candidates are reviewed by campus selection committees, who forward nominees to the chancellor’s office for a second round of review. Finalists are then recommended to the chancellor. Doran and Faraci are among 127 students across SUNY’s 64 university colleges, technology campuses, community colleges and university centers to have received the honor this year.

The virtual award ceremony will premier live Wednesday, April. 14 at 2 p.m. For more information about the event, visit http://system.suny.edu/university-life/student-excellence/.