SUNY Plattsburgh Shine On! Reaches the Stars with NASA Program 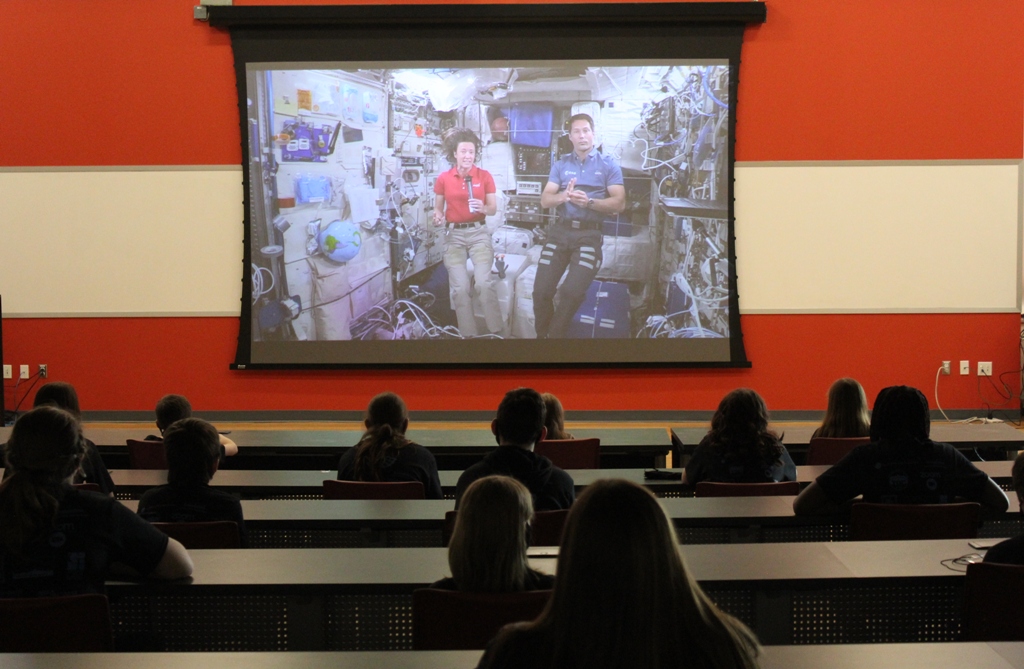 SUNY Plattsburgh’s girls’ empowerment organization, Shine On!, held a live downlink with NASA astronauts from the International Space Station as part of its “Look to the Stars: #CharacterCountdown” conference Thursday morning, May 6, at Beekmantown Central School. 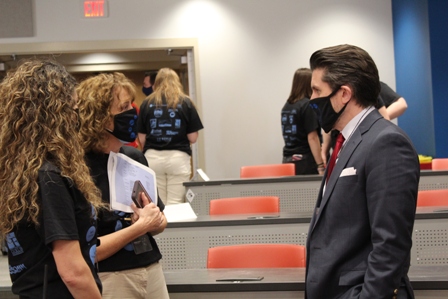 Coordinated by Shine On! founder and SUNY Plattsburgh professor of public relations, Colleen Lemza, along with state Master Teacher and Beekmantown science teacher, Diana Danville, “Look to the Stars” began with workshops for kindergarten- through 2nd-grade students.

There the astronauts answered pre-recorded questions in front of a socially distanced audience of Beekmantown students, Shine On! team members and remotely to some 6,500 students from around the region and across the state.

“Shine On! is a wonderful example of what can happen when faculty connect students in ways to make a difference," Enyedi said. "Professor Colleen Lemza and her Shine On! students have done this not just on the SUNY Plattsburgh campus and in the local community but across the region, state and beyond — all the way to the stars. Today's wonderful NASA Downlink is just the latest example." 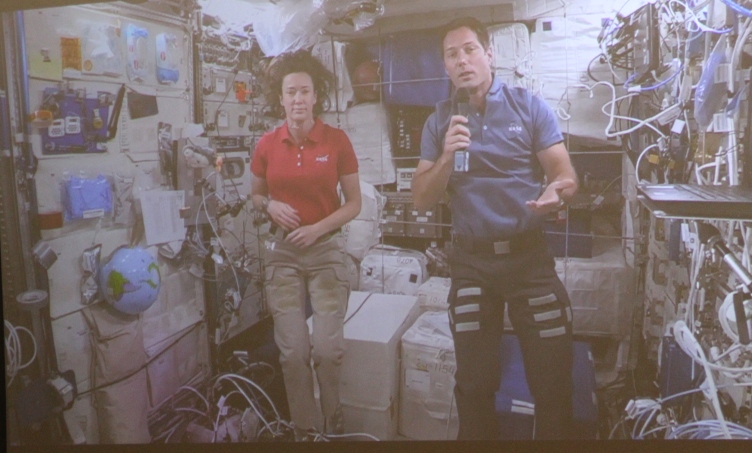 “I am proud to stand here with President Enyedi, Professor Colleen Lemza, Master Teacher Danville, and college and grade school students from the commend center here at Beekmantown Central School as we look to the International Space Station,” Malatras said.

“To have witnessed the excitement in this theater today is priceless, and I hope serves as inspiration for the students here and those virtually to have the strength, determination and sheer grit to pursue whatever their goals may be.” 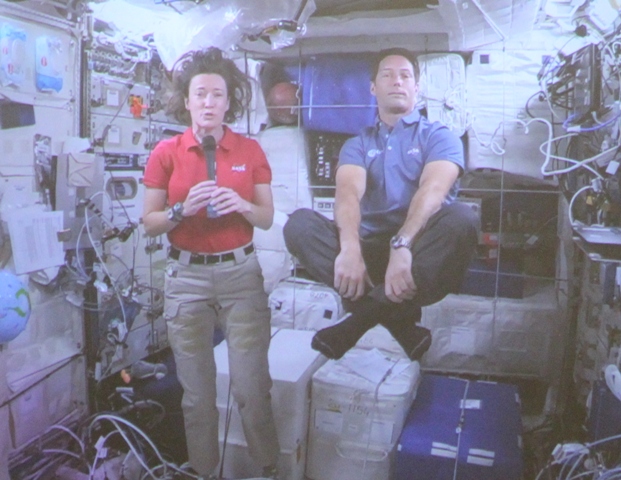 In addition to the downlink, students participated in in-person workshops and live webinars such as “Staying Grounded Without Gravity,” “Chemistry Miracles and Magic,” “Out-of-this-World Science Experiments,” and “How Can You Combat Climate Change?”

Malatras, Enyedi, Jones and Town of Plattsburgh Supervisor Michael Cashman were allowed to check into a couple of the classrooms where conference workshops were being conducted.

“SUNY is not only responsible for educating our students, but also for actively participating in, and supporting the communities we serve across our state, and that is what the grassroots Shine On! program from SUNY Plattsburgh has accomplished today and every year since 2009,” Malatras said. 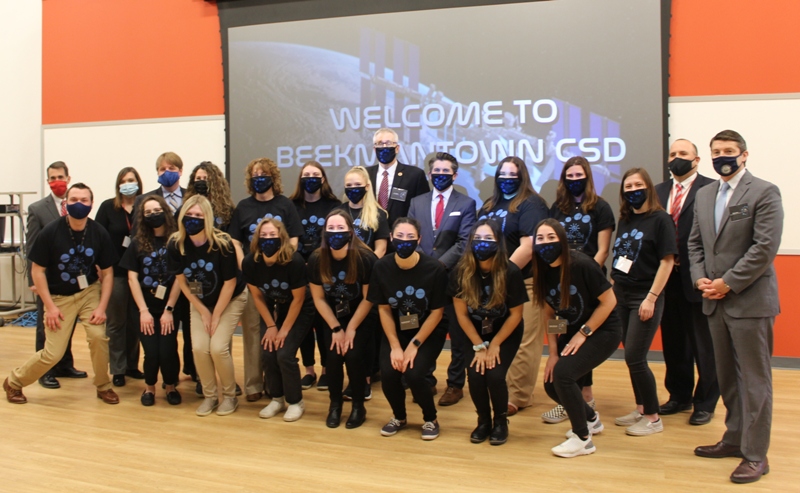