Spring Sessions of ‘I’ve Been Admitted to College’ Program Set 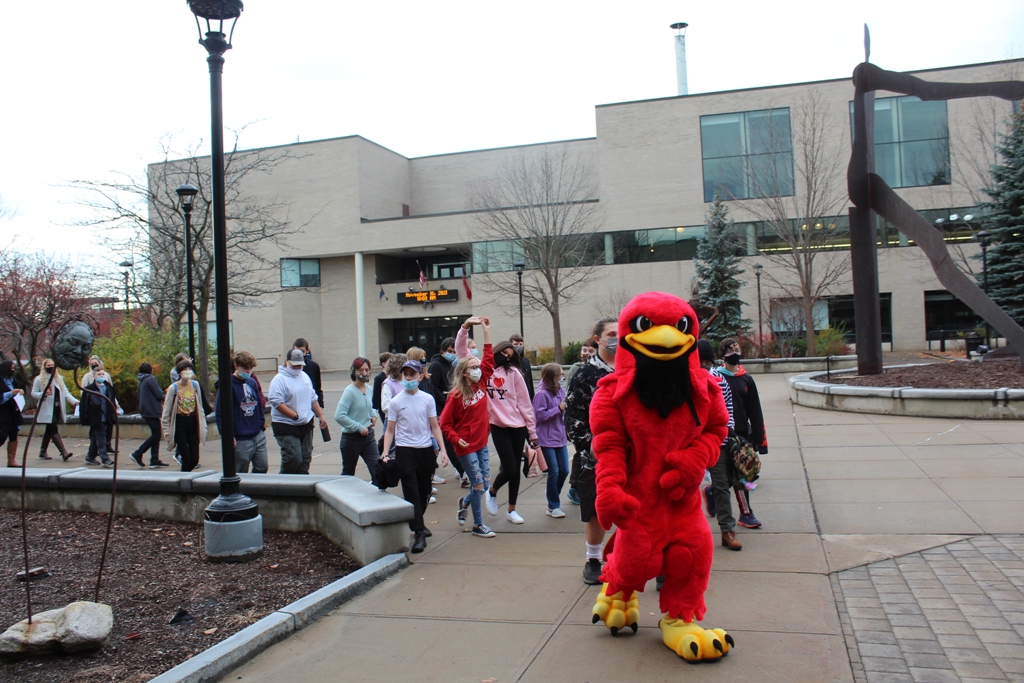 “I’ve Been Admitted to College” program returns March 31 and April 7, bringing more of the region’s 8th graders to the SUNY Plattsburgh campus this spring as a way to introduce them to the idea that can indeed be part of their future.

“I’m really excited about growing it,” she said. Enyedi ran a similar program at Humboldt State University in Northern California, bringing the plan with her when she accompanied her husband, Dr. Alexander Enyedi, to SUNY Plattsburgh when he was appointed president here. 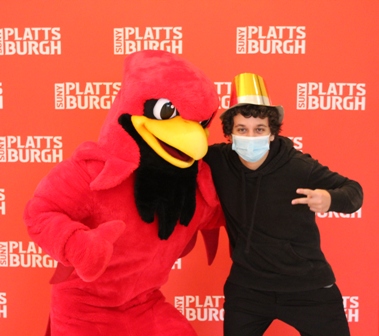 “My vision moving forward is to not only grow the number of students who come through but to also intensify the experience,” Enyedi said. “We’re looking at ways to keep reaching out to them after their initial experience here. The goal is to bring them back to campus as much as possible for sporting games, concerts and other events — the more we bring them back, the more they’ll feel a sense of belonging.”

Enyedi said she’s been working with school counselors to make that happen.

“I love talking to school counselors; they’re so excited that this is going on,” Enyedi said. “There’s so much support in the educational community. We put a flyer out and got an immediate response. We’re partnering with the Board of Cooperative Educational Services, which contacted the schools, and they reached out to me.”

Amanda Carter, a counselor at Saranac Middle School, was one of the counselors involved in the Nov. 18 event.

“I absolutely loved the idea behind it and really appreciated being able to get our students on campus and seeing classrooms and lecture halls and dorm room. That was exciting for them and so good for them to see how college can truly be tailored to their individual interests. I think it left a huge impression on our students that had the opportunity to attend,” Carter said.

One of her students has already made strides in fulfilling part of the IBAC promise.

“Our students really enjoyed the IBAC experience, and I feel that some will most certainly follow through with the promises,” she said. “It's a tad tough to gage because most of the promises apply to when they are in high school, but I have already had a student come in to fulfill the promise of meeting with the counselor and talking about future plans. I have also had students tell me that they hung their certificates on their refrigerator so they would not forget to do them.”

Schools participating this spring are traveling an hour, an hour and a half to be here, Enyedi said.

The IBAC program targets those students who feel they’re cut out for college. They may have parents who never attended college; they may feel they’re not smart enough or it’s not something they or their family can afford, Enyedi said. At SUNY Plattsburgh, nearly 30 percent of its first-year student population are first-generation college students. More than 50 percent hold a “B” average from high school. And half are receiving institutional financial aid. 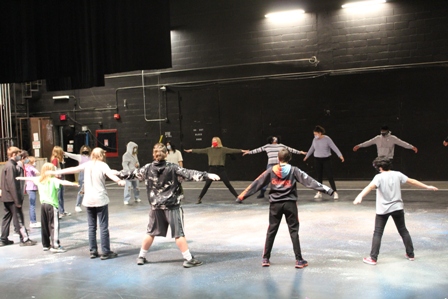 Changes to the program this time around include different activities and programs for the 13- and 14-year-olds including a tour of the Rockwell Kent Gallery with a docent-led scavenger hunt as well as theater games in Hartman, photo opportunities in the Warren Ballrooms and plenty of photo opportunities with Burghy.

All will receive certificates — a “Promise of Admission,” presented by President Enyedi, that gives participating students a leg up on getting into SUNY Plattsburgh, provided they satisfy all the college’s admissions requirements. Follow up with IBAC graduates will happen in 9th and 10th grade, and then they’ll receive admissions communications in 11th and 12th grades.

For Enyedi, IBAC is personal.

Enyedi has devoted her career to providing opportunities for people to succeed in education, she said.

“I’ve had a career in non-profits, working in programs for birth to five, getting children ready to go to kindergarten.”

She worked with a non-profit in family literacy.

“The whole family has to be able to read,” Enyedi said. “It’s breaking the intergenerational cycle.”

She spearheaded a program, “First Day Shoe Fund,” which provided new athletic shoes to students in kindergarten through third grade, so, as she says, “they can start the school year with dignity. Something as small as starting the school with a new pair of athletic shoes makes all the difference.”

“I’ve always been about empowering people to succeed,” she said.

For more information on “I’ve Been Accepted into College,” contact Enyedi at [email protected].