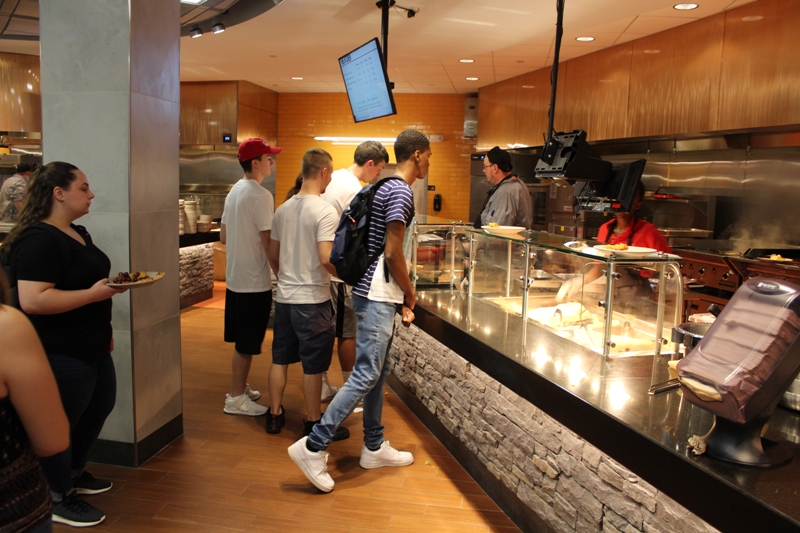 Choices — it’s what’s for dinner, and breakfast, and lunch at the new and improved Clinton Dining Hall.

An $8 million rehab has resulted in multiple food stations throughout the space, including made-to-order pasta, grill, deli and specialty-grill items. A massive salad, soup, fruit and yogurt bar, self-serve areas with pizza, comfort food and ethnic foods, and more are also part of the mix.

“I like the sandwich station,” said Dana Wall, a sophomore accounting major from Ronkonkoma, Long Island. “Before you could only get sandwiches during lunch, but now you can get them anytime. That’s really nice.” 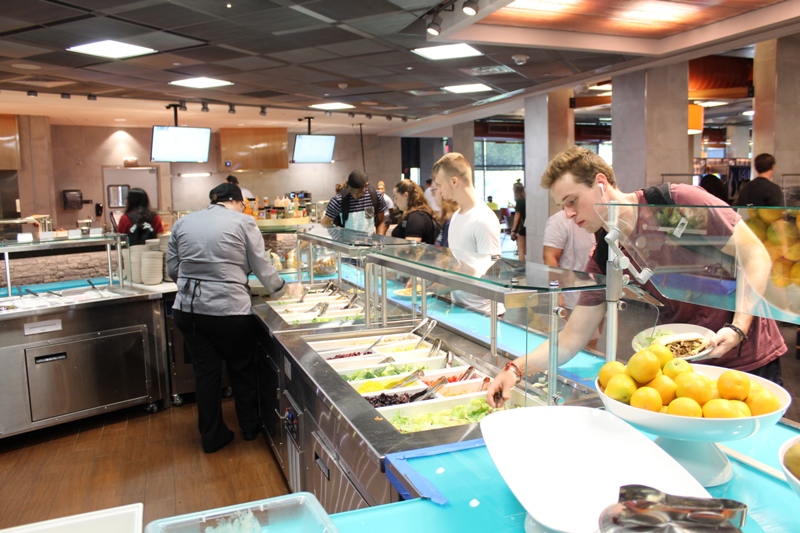 Diners present their ID cards at the entrance and either select from the self-serve areas or go to order kiosks where they select from the made-to-order stations. Receipts tell them their order numbers. Cooks behind the counters prepare plates and present the numbered items as they’re ready. 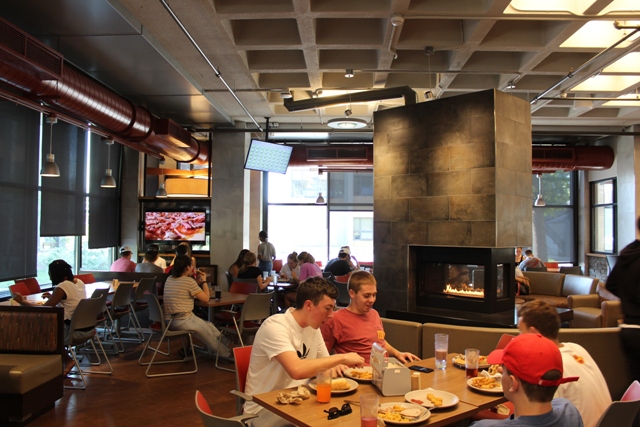 Duprey said a kitchen designer spent several days on campus during the design phase having discussions with students, met with focus groups and did a survey of students’ needs and wants, he said. The result is a dining experience students have said is a great campus benefit. “They have better options,” said Sydney Dethomasis, a sophomore human development and family relationships major from Albany.

The project, for which CAS paid $5 million from a combination of savings and debt service, with the remainder coming from the college for updating the mechanicals and electrical work, was started in May 2017. It wrapped up in time for the start of the fall 2018 semester.

Seating was made to create “more of a restaurant experience,” Duprey said, including sofa groupings around a gas fireplace, sections of booths near television screens and high top tables scattered about the regular dining tables. Counters with power outlets allow students to dine while working on their devices.

The last overhaul of Clinton was in 2000.

Open only since Aug. 27, there are even more improvements that are in the works, Duprey said. 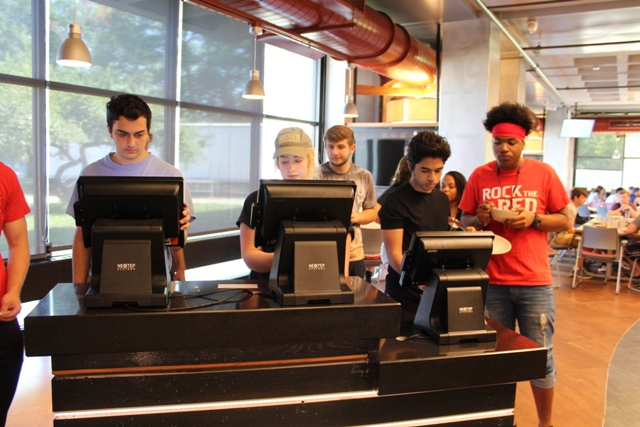 “Staff and students have adapted well to the kiosk system, although it is a work in progress,” Duprey said. For instance, the customization options will expand, “enabling diners to enjoy menu selections made to their ingredient preference.”

For information on Clinton Dining Hall or any of the dining facilities on campus, visit https://www.plattsburgh.edu/plattslife/food-dining/index.html or call College Auxiliary Services at 518-564-2035.