More than 300 graduate and undergraduate students received their bachelor’s and master’s degrees during the college’s winter commencement exercises, held Dec. 16 in the SUNY Plattsburgh Field House.

The morning ceremony began as is the custom, with graduates filing in to Edward Elgar’s classic “Pomp and Circumstances,” followed by the faculty, ushered in by the Royal Canadian Mounted Police Bagpipe Band performing “Scotland the Brave” and “The Rowan Tree.”

President John Ettling presided over the event, which included a rendition of the National Anthem by the college concert choir and remarks from education major Melanie Taylor of Ballston Lake, N.Y. The featured student speaker told her fellow graduates that Plattsburgh gave her “all the resources to foster my self-discover.” She thanked the professors and faculty members who helped her on her journey, which included changing majors.

‘Be Thankful, Be Present’ 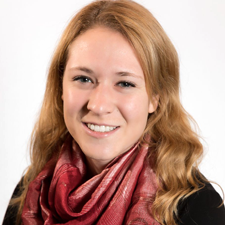 Taylor recommended graduates push themselves “a little bit each day; listen more than you talk; do something that makes you lose track of time,” she said. “Be thankful, and be present in the moment.”

Her plans include becoming an English teacher.

Another graduate who had planned on becoming a teacher more than 50 years ago was also on the dais, returning to his alma mater to receive an honorary doctor of music degree.

While Tom Chapin never became a teacher, his career as a musician — often singing and performing songs for children — certainly served to educate countless fans around the world. His work as a humanitarian has helped educate people on environmental issues and poverty, particularly through WhyHunger, a nonprofit organization founded by Chapin’s brother, Harry, to help end hunger and poverty around the world. 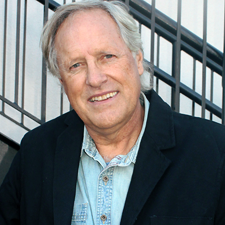 Chapin told the crowd that when he arrived on the 6:15 a.m. train at the Plattsburgh train station a 17-year-old with a guitar and a duffle bag, “all was possibility — not a given path but an open door.

“I had space here, freedom here, to find out what I was — what I loved, what I hated, what I gravitated toward. I began to be me — the adult me. I began to fill own shoes,” the member of the Class of 1966 said. “I continued into a lifetime occupation, as it will be with you graduates. This is a beginning, an open door. I still travel with my guitar, and I carry a duffle bag of experience. It feels like I’ve come full circle.”

And indeed, he had. While a student, his late brother, singer and humanitarian Harry Chapin, and their younger brother, Steve, would visit campus to perform in Hawkins Hall. At commencement, Chapin, telling graduates he wanted to sing something appropriate, picked up his guitar and performed “All My Life’s a Circle,” the song Harry wrote for him for his early-1970s children’s show, “Make a Wish.” He invited the audience to sing along:

‘All My Life’s A Circle’

At this point in the song, Chapin said, the last verse is a closing, but he wanted something special for Plattsburgh, so he wrote a new closing verse:

“I discovered Plattsburgh more than 50 years ago
On the banks of the sweet Saranac, where limpid waters flow
They gave me a cap and gown, a place to call my own
I was Mr. Chapin driving here
But Doc Chapin going home.”

Afterward remarks by both Chapin and Taylor, Dr. Michael Morgan, interim provost and vice president for academic affairs, presented candidates for their degrees. When the last of the students crossed the stage, Ettling wished “each of our graduates' success in their careers and lives. Onward to the world.”

Outgoing Student Association President Vrinda Arun Kuma directed the students in the official tassel change to signify their graduation from SUNY Plattsburgh, and Jody Carpenter, member of the board of directors of the SUNY Plattsburgh Alumni Association, officially welcomed the new association members.

The college concert choir capped off the morning by leading the assembled in a performance of the alma mater. 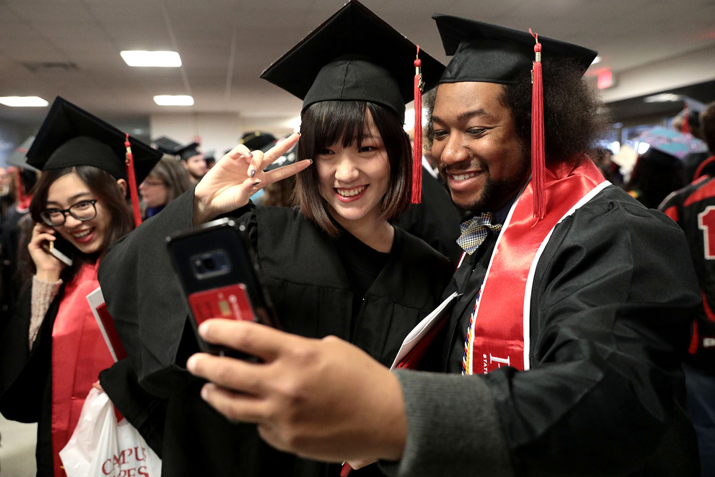 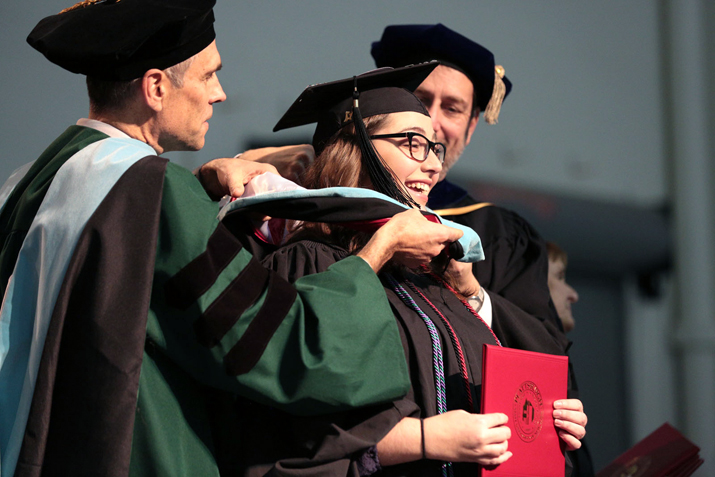 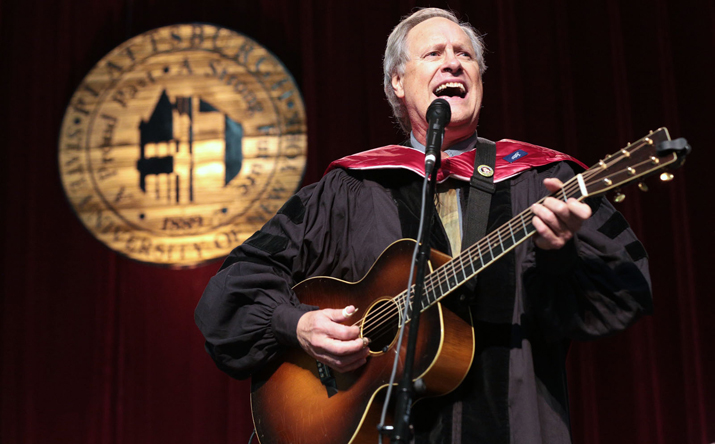 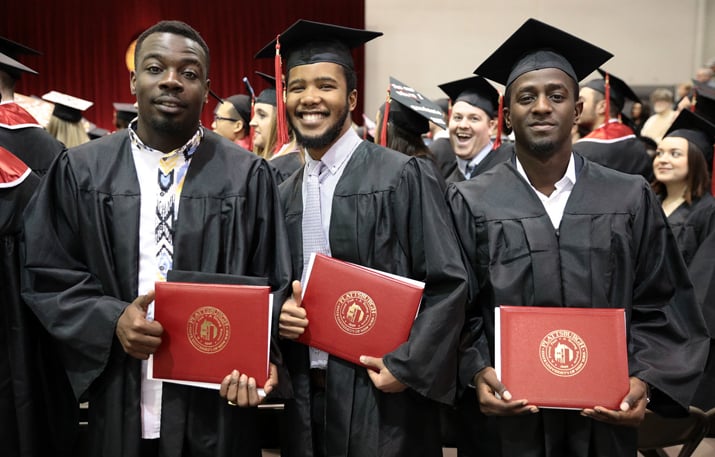 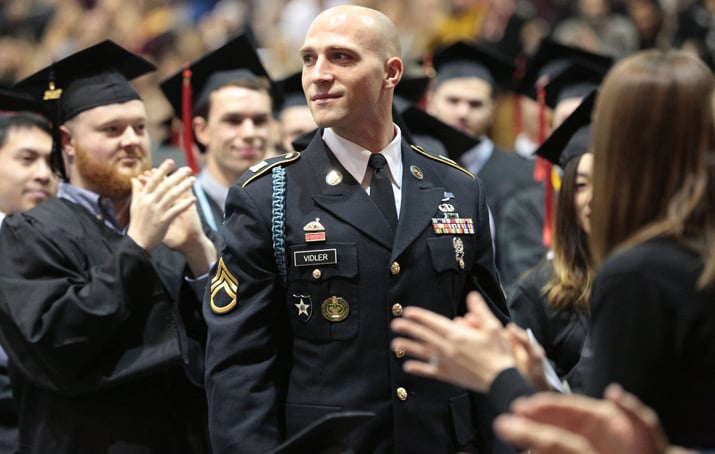 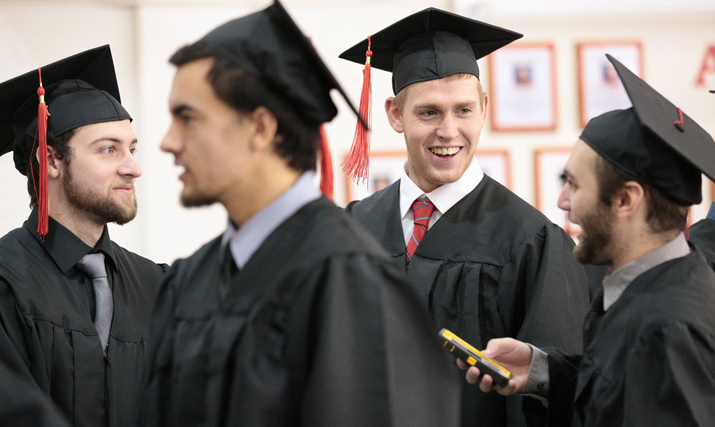