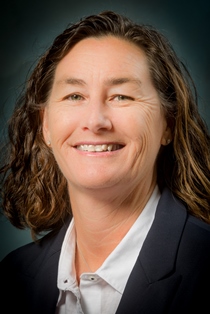 A veteran leader in public higher education finances and operations, Larochelle joined the college in July 2017. In leading the Division of Administration and Finance, Larochelle oversees a wide range of college operations, from budgeting, accounting and human resources to maintenance, environmental health and student financial services.

As officer-in-charge, she will provide ongoing administrative leadership of the campus while the search for the next president continues. Chancellor Johnson is committed to finding a permanent president by the end of the 2019 calendar year.

"It is an honor to serve the college and campus community in this capacity," Larochelle said. "Plattsburgh has an incredibly talented group of faculty and staff who are committed, on a daily basis, to doing everything they can to support student success. It is a true privilege to help them in their work as we move together through this significant transition. There is no doubt that Plattsburgh has a very bright future. I am committed to ensuring we move toward that future seamlessly, gracefully and with great optimism."

Larochelle earned a M.B.A. at California State Polytechnic University, Pomona; and a B.A. in economics at the University of California, Los Angeles. Prior to work in public higher education, she served in finance and administration functions with the Metropolitan Transportation Authority in Los Angeles.

"This is an important step at this time of transition," said Martin Mannix Jr., chair of the College Council. "I have appreciated Josee's efforts at the college over the past two years and know her experience in higher education administration will serve us well. I strongly support this appointment by the chancellor. It is a positive statement about SUNY Plattsburgh and the quality of the leadership that is already in place."

The appointment comes as the college searches for its next president. President John Ettling, who has led the college for 15 years, will retire on June 30. An 18-person presidential search committee, representing a wide range of campus constituencies, is in place to review candidates. Campus interview sessions and meetings with potential finalists will be set as the fall 2019 semester begins.

President Ettling announced his plans to retire in August 2018. He became the 10th president of SUNY Plattsburgh June 15, 2004 after serving six years as provost and vice president for academic affairs at the University of North Dakota—Grand Forks for six years.

Details on the presidential search are posted online at www.plattsburgh.edu/presidentialsearch.