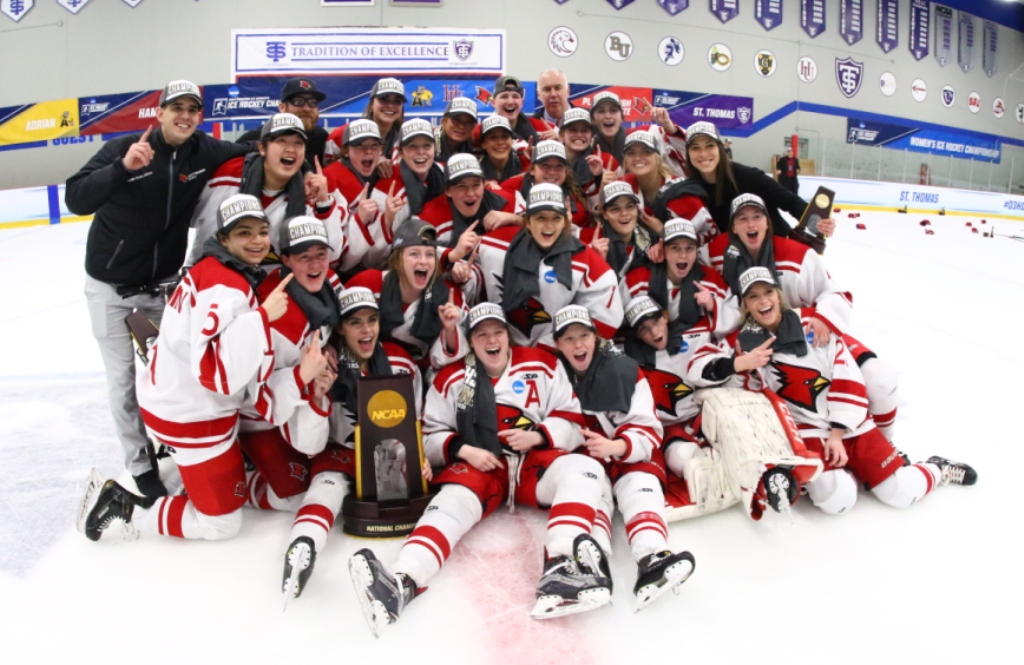 Sophomore forward Kaitlin Drew-Mead put the Cardinals on the board 4:27 into the first period. Senior forward Mackenzie Millen won an offensive-zone face-off back to sophomore defenseman Emma Killeen on the left point, and Killeen passed D-to-D to junior defenseman Hannah Kiraly, who sent the puck right back to Killeen on the left point. Killeen wristed a shot that was deflected into the goal by Drew-Mead, who was stationed in the slot.

Senior forward Courtney Moriarty extended the advantage at 8:46 of the second period, taking the puck away from a Piper skater in the Hamline zone before wristing a shot past the goalie high glove side. 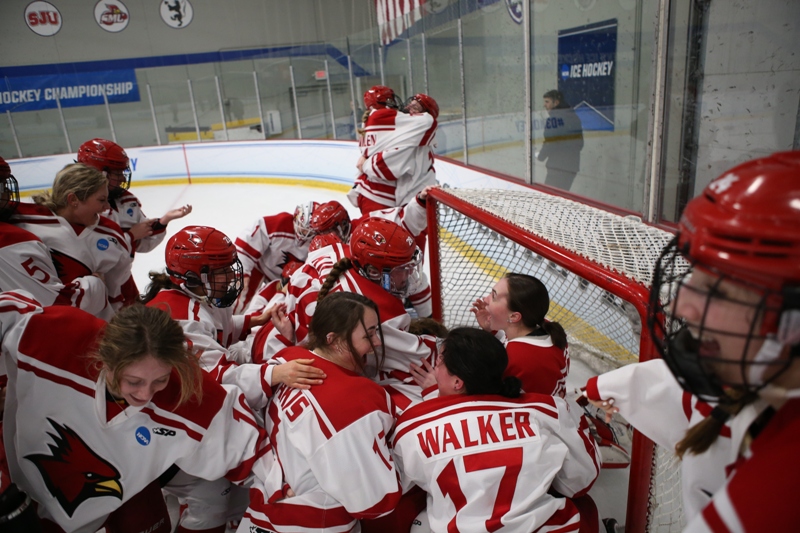 Senior goaltender Kassi Abbott was forced to make several acrobatic saves throughout the course of the game, but perhaps none was bigger than a right pad save that she made on a Piper breakaway with 15:35 elapsed in the second.

Freshman forward Sara Krauseneck scored her second collegiate goal at an opportune time, tallying at 4:54 of the third period to open up a 3-0 Cardinal lead. Junior forward Sarah Wolf led the rush down the right wing and centered a pass to Millen in the neutral zone. Millen evaded two defenders and curled around the left circle before backhanding a pass to Krauseneck in the slot. Krauseneck then one-timed the pass past the goaltender blocker side.

Sophomore forward Abby Brush put the game on ice with 3:20 left in regulation. Sophomore forward Annie Katonka took a loose puck behind the goal line and played it out in front to set up Brush, who scored low stick side.

Abbott, who recorded a 29-save shutout, finished her career as the program record holder in goals-against average (0.95) and save percentage (.950), and she is tied for second in shutouts (14).

Moriarty, who was named tournament MVP, was joined by Abbott, Katonka and Kiraly on the All-Tournament Team.

Plattsburgh's run in the NCAA championships started with a 3-2 overtime victory against Endicott College in a first-round matchup March 6. They came back for a 5-3 win against Williams College three days later in the quarterfinals. In the national semi-final the day before the championship game, the Cardinals defeated Adrian College 4-1, securing their eighth trip to the NCAA title game.