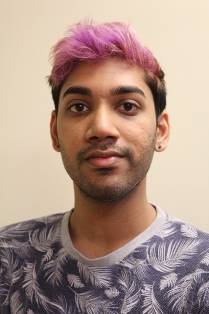 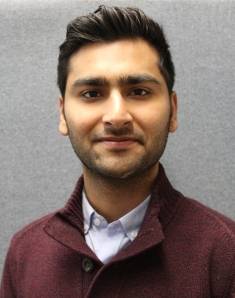 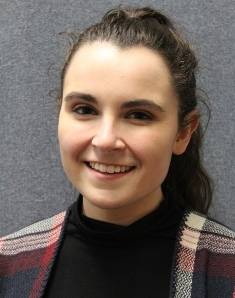 Two graduating seniors and a December 2018 graduate are the recipients of the 2019 State University of New York Chancellor’s Award for Student Excellence.

The award honors SUNY students who have demonstrated excellence in academics and other aspects of their lives — including leadership, campus involvement, athletics, career achievement, community service or creative and performing arts.

Wickramasinghe, originally from Saranac, said she felt “sort of like a movie protagonist who could not believe their crazy plan had worked” when she heard about the award.

“I have always been proud of my academics, my leadership abilities and the art I produce, but I really had not expected to be chosen for the award,” she said.

‘Hope for the Future of Theater’

In addition to being inducted into the national theatrical honors society, Alpha Psi Omega, and Omicron Delta Kappa, the national leadership honor society, Wickramasinghe has served as a teaching assistant, a member of the college’s technical production crew, and worked at Santa’s Workshop in Wilmington as a member of the park’s show cast and as assistant show cast supervisor.

Wickramasinghe has performed in numerous theater roles around the North Country and has competed for and been nominated for numerous Kennedy Center American College Theatre Festival honors, among other achievements.

“Seeing that I was chosen to receive the award gave me hope for the future of theater in academics,” she said.

As he prepares to graduate with a Bachelor of Fine Art degree, it’s something Barretto, of Dubai, United Arab Emirates, can attest to as well.  A champion for the arts — theater, visual, music and the museum — on campus, he chaired the Campus Arts Council to be its advocate. He chaired the Art Acquisition Board, which is responsible for the deciding which artworks the Student Association purchases for the campus.

“Plattsburgh is an institution that I feel has a lot of opportunities for its students,” Barretto said. “I’ve spent most of my time here searching for and using those resources that aligned well with my interests and goals. It’s a strong and vibrant community that has helped me grow a lot.”

A transfer student who chose SUNY Plattsburgh initially because of its affordability and programs offered, Barretto said he “decided to stay a year longer to finish with a BFA instead of a BA because of the strength of the program and the faculty. The support I received from the Global Education Office also played a huge roll in my career here at Plattsburgh.”

Kumar, who hails from Pakistan, said the School of Business and Economics played a key role in his decision to earn his degree at SUNY Plattsburgh.

“SUNY Plattsburgh has an amazing business program with great faculty,” he said. He also sang the praises of the Global Education Office, which “does an amazing job with their international outreach. I met their representatives in my high school in Pakistan, which ultimately led to my decision to attend Plattsburgh.”

A member of Omicron Delta Kappa, Kumar organized the annual Leadership Summit for the college in collaboration with 10 other SBE clubs and organizations, served as student adviser, president and event chair of the Accounting and Finance Association, and co-founded the South Asian Student Association, among other achievements.

He plans on moving to Chicago in August to work for Deloitte, a consulting, advisory and tax services company known as one of the “Big Four” accounting organizations in the world, as a technology consultant.

Barretto has his sights set on New York City following graduation, where he plans to find his place in the art world “as well as learn and explore different career options,” he said. “After that, I plan on going to graduate school for my MFA.”

Wickramasinghe said she’ll be concentrating on earning enough money to afford to move to an
area that fits her theatrical career goals. In the meantime, she’s been working full-time in the Plattsburgh area and designing some theatrical elements for local theater companies.

The Chancellor’s Awards for Student Excellence will be given at a ceremony at the Albany Capital Center Wednesday, April 24.
Share
Share