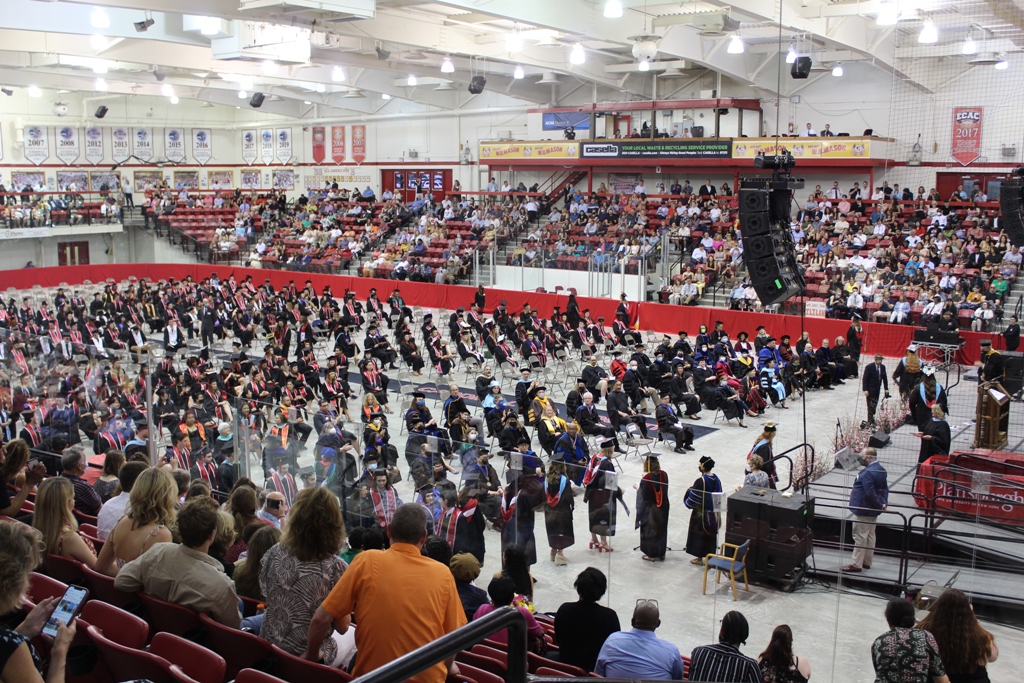 Pomp and circumstance was the order of the day when degrees for nearly 1,000 students were conferred during three commencement ceremonies Saturday, May 21,  at the Stafford Ice Arena in the Plattsburgh State Field House.

The college marked the occasion with the usual ceremony, featuring the processional of graduates, faculty and campus and area dignitaries who oversaw the culmination of the undergraduate and graduate college careers of the newly minted Cardinals. 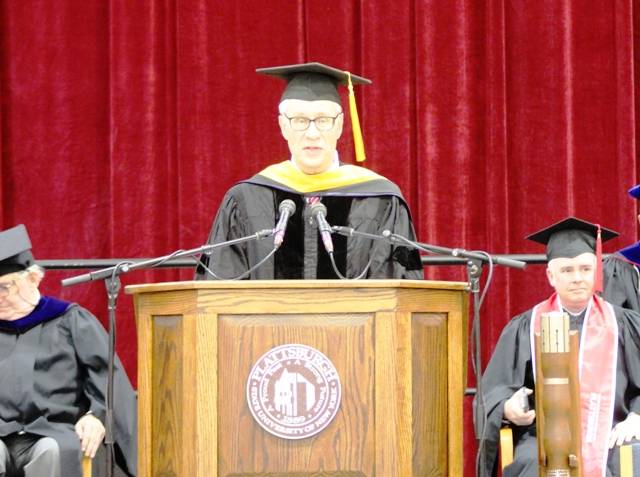 President Alexander Enyedi presided over the three ceremonies of the day, welcoming those in attendance to the arena, floor devoid of the ice that’s home to Cardinal men’s and women’s hockey. Three ceremonies allowed for graduates to have up to four family members in attendance; a livestream of each allowed family out of town to watch their loved ones receive the congratulations of the president.

One of the earliest distinctive signs used by medieval university official, a mace was originally a wooden staff carried by royal messengers. Barton used his own unique technique of silver inlay in a piece of black walnut to create a modern adaptation of this tradition.

After students were ushered to their seats, followed by members of the college faculty and staff, they remained standing as members of the Plattsburgh State Gospel Choir perform the national anthem. 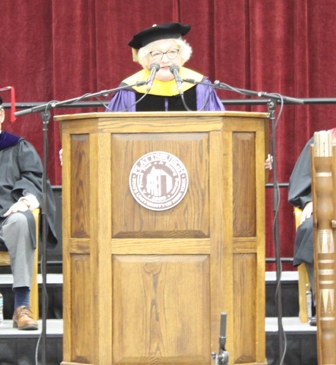 The ceremony was marked by the presentation of an honorary doctorate of sciences by the State University of New York to Dr. Neville Strumpf, member of the nursing Class of 1969 who went on to revolutionize how we care for elderly patients. A professor nursing and dean emerita at the University of Pennsylvania, Strumpf’s work in gerontology is nationally recognized.

Following presentation of Strumpf’s honorary degree, Provost and Vice President for Academic Affairs Anne Herzog presented candidates for their degrees. SUNY Plattsburgh has long held that each of its graduates cross the dais to receive the congratulations of its president. Enyedi posed for photos with each of the graduates in attendance.

Students Aquilas Lokossou, a psychology major from Burlington, Vt., Surabhi Parte, biomedical sciences major from India, and Greece, N.Y., native Gregory Rohrs, a registered nurse and father of five studying for his bachelor’s degree in nursing, spoke to their fellow graduates, offering encouragement and words of advice, after which each student speaker directed classmates to move their tassels from right to left, over their hearts.

The newly graduated were then welcomed into the family of Cardinals by the Plattsburgh Alumni Association and encouraged to return for homecoming in October and to remain connected to their new alma mater.

Usually held in the Field House gymnasium, continued renovations and improvements there necessitated the move this spring to the ice arena.

A livestream of each of the three commencement events were made available from the college’s website – www.plattsburgh.edu –  during the ceremony. A recording of each will be archived for later viewing as well. 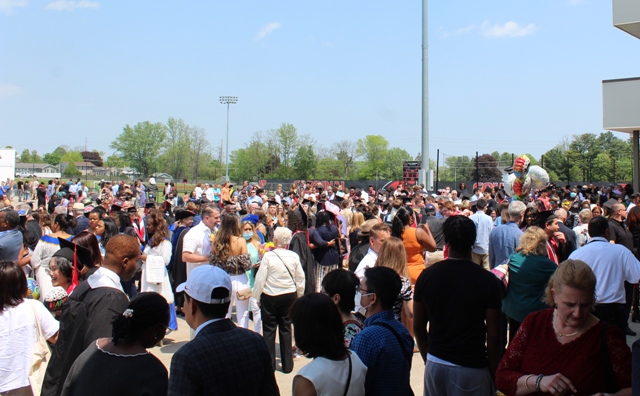 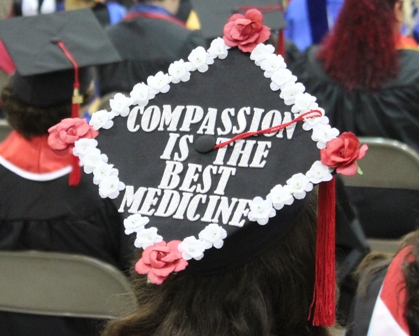 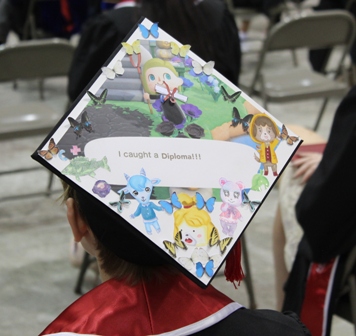