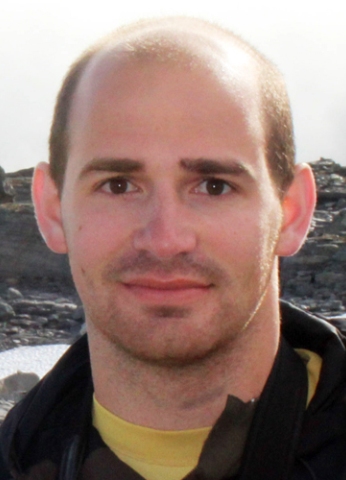 A biology faculty member’s research has led to the discovery of a retinal structure in certain songbirds heretofore unknown that may give them a wing up on finding insects.

Dr. Luke Tyrrell, assistant professor in biology at SUNY Plattsburgh, made the discovery while a doctoral student at Purdue University. The resulting paper, on which he is listed lead author, was published in the journal “Scientific Reports” in collaboration with Plattsburgh, Purdue, the University of Wisconsin-Madison and the University of California-Davis.

Tyrrell says that bird eyes contain a series of cone and rod receptors; most have five cones and one rod, all of which assist them in their keen sight. But as he points out, one species of small songbirds — the flycatcher — has a different cone structure.

“I was counting photoreceptors of different types to map them out. These photoreceptors contain a structure called an ‘oil droplet,’ Tyrrell said. “The oil droplets are often colored. You can see them without having to stain them. I was looking at a retina under the white light of a microscope and saw these gorgeous orange carrots that were not supposed to be there.” 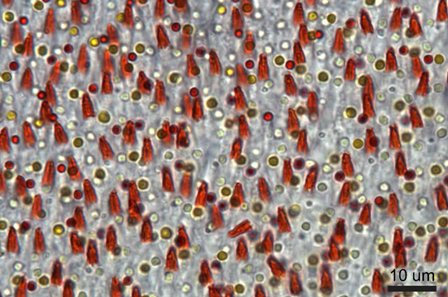 At first, like any good researcher, Tyrrell said he thought some of the oil droplets burst.

Those cones “allow these birds to see their world in a different way from other animals,” Tyrrell said.  This arrangement of photoreceptors could help these birds detect flying insects in a unique way.

While Tyrrell’s discovery in and of itself isn’t earth-shattering; as he says, it won’t cure cancer or even the common cold. But like in most research, “it’s the as-yet-unknown use that makes this and discoveries like it so important.”

Positive Down the Road

“I’m not going to say it’s going to make a huge impact on humans’ lives,” Tyrrell said. “But you don’t always know what the utility is going to be for it in order for the discovery to be valuable. It may turn into a positive down the road, and right now, I have no idea what that might be.”

“He didn’t engineer the mold to come up with that,” Tyrrell said. “The fungus was already doing what it does to kill bacteria. So these photoreceptors in flycatchers — we didn’t know they existed before. One thought is there could be the potential is to co-opt that function for our own visual structure.”

That’s the basic idea of basic research, Tyrrell said, basics he uses when he works with students at SUNY Plattsburgh.

Tyrrell arrived at SUNY Plattsburgh three years ago after earning his doctorate at Purdue. Here at Plattsburgh, he does comparative research.

“I’m interested in the things that fall out,” he said. “Generally, when students go to class, they learn things that people already know. We do research to discover things that nobody already knows. If a student does research with me, we’ll find something really cool because nobody ever looked. The chances of success are really high. I pitch this to my students. I tell them that this — the flycatcher discovery — is a really good example. Here’s something I found that nobody ever found before. You can do that, too.”