SUNY Plattsburgh Alumnus Steps up ‘Game on for Giving’ Campaign With $5,000 Challenge 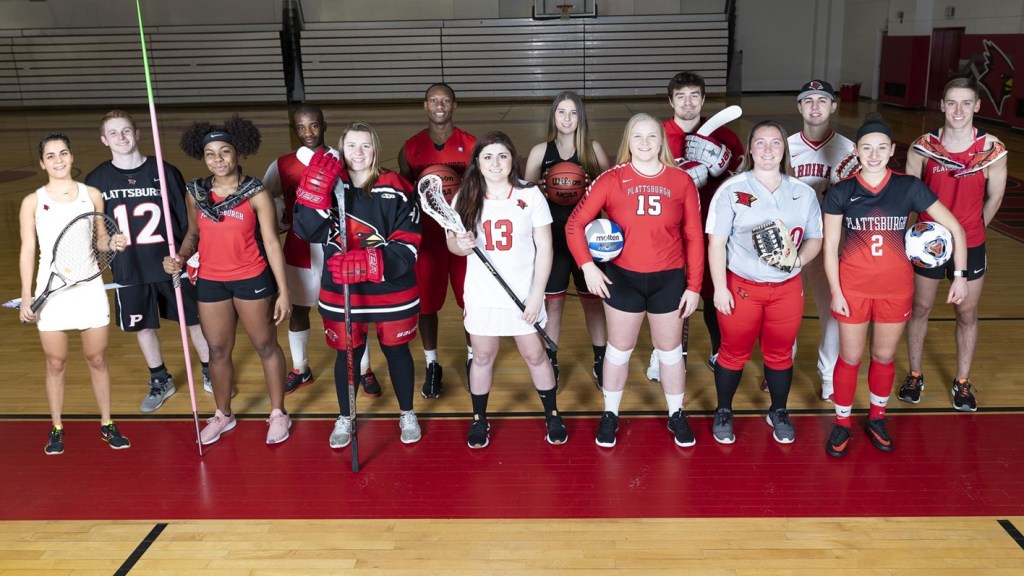 SUNY Plattsburgh’s third-annual “Game on for Giving” campaign to benefit Cardinal athletics is underway, and the competitive stakes have never been higher.

As part of the campaign, which culminates on Thursday, Feb. 14, Cardinal athletic teams are competing against each other for donor support. The team with the most donors when Valentine’s Day comes to an end at midnight will take possession of the Cardinal Cup trophy. Cardinal baseball took the cup in 2018 with more than 165 total donors.

In addition, SUNY Plattsburgh alumnus Peter Gerney ’83 has introduced a $5,000 challenge to this year’s competition. Half of that money is guaranteed to the team that garners the most alumni donors. The other $2,500 will be deposited in the Cardinal athletics general fund, but only if 500 or more total donors participate in the campaign at large.

“Playing sports in college really enhanced my overall experience, as it does for so many SUNY Plattsburgh students,” said Gerney, a Cardinal basketball alumnus. “I’m excited for this opportunity to give back to Cardinal athletics and support today’s athletes in a way that challenges other fans and alumni to do the same.”

“We are grateful for Peter Gerney’s generous pledge, which has definitely upped the ante in this competition,” said Mike Howard, Cardinal director of intercollegiate athletics and recreation.

Cardinal fans and alumni are encouraged to get in the game by making a donation to their favorite Cardinal team this Valentine’s Day.

“Donor participation will determine what happens to the $5,000 and which team wins the cup,” said Paula Bachman, associate director of annual giving at SUNY Plattsburgh. “But what’s great about this competition is that there are no losers. Even teams with fewer donors will still benefit greatly from the donations they receive. And if we’re able to reach 500 donors overall, every Cardinal athlete will benefit from Peter Gerney’s generous donation to the general fund.”

Gifts, which can also be made in advance, provide additional funding for new and improved facilities, upgraded equipment and training techniques, increased travel and elite competition opportunities.

“Support from our loyal fans and alumni helps our Cardinal athletes be victorious both on and off the playing field,” Howard said.

Gifts May be Designated

In addition to giving to any of the 18 Cardinal varsity teams, donors may designate gifts to the Fitness Center, recreational sports, Athletic Hall of Fame, athletic training, athletic communications or the Cardinal athletics general fund. They may also choose to divide their support among multiple recipients within the athletic program.

Fans can learn more about Game on for Giving, make a gift and find out where each team stands in the competition at plattsburgh.edu/gameon.