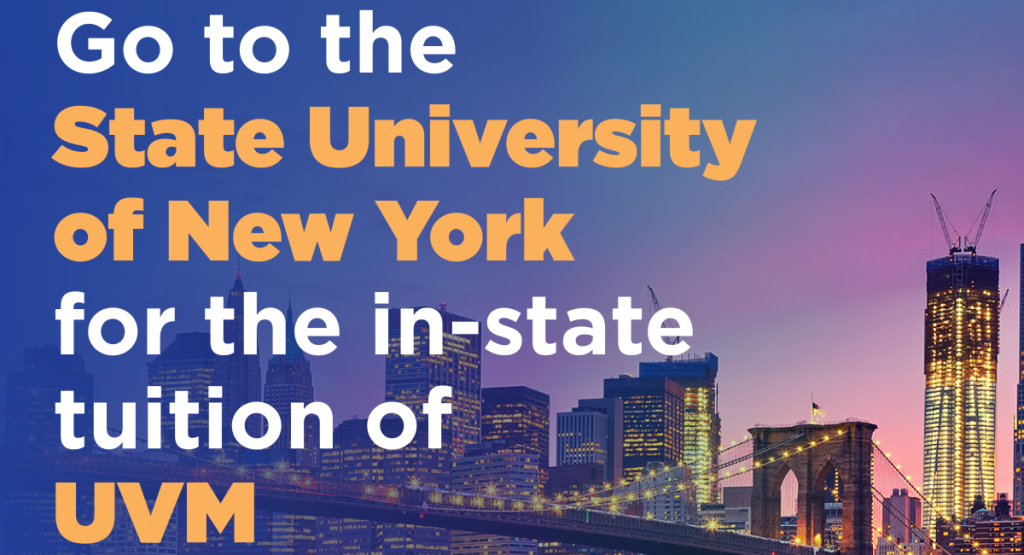 First-year students from eight states across the country will be able to attend SUNY Plattsburgh for the same tuition they’d pay at their own state university system.

“Under this program, in any of those states in which our out-of-state tuition and fees are higher than the in-state rate at their flagship college, we would add a scholarship to cover the difference,” said Todd Moravec, SUNY Plattsburgh interim vice president for administration and finance.

“After this scholarship, students could attend our college as an out-of-state student and pay the same tuition and fee rate as if they attend the flagship college in their own state.”

“For Vermont, we would add a scholarship to cover the difference,” Moravec said. “The student would pay the same tuition at UVM and SUNY Plattsburgh.”

In addition, as is the usual case, they would receive a $7,500 Welcome to N.Y. Grant for room and board if they live on campus, something they don't receive at their own college, he said.

“In states other than Vermont, the grant would be larger,” he said.

Twenty-two of the SUNY system’s 34 four-year campuses are participating in the program. 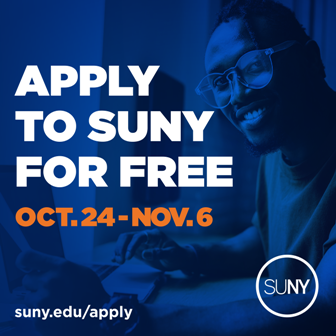 SUNY is also launching Free Application Weeks Oct. 24-Nov. 6, during which students will have their application fees waived at up to five SUNY schools, saving them up to $250.