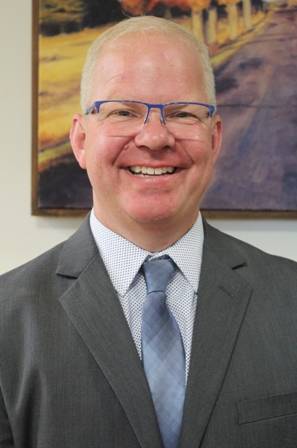 Patrick Rascoe, former police inspector with University Police, has been named the Plattsburgh force’s chief of police, effective May 25.

Rascoe, who brings 24 years of police experience to the position, takes over the position from recently retired Chief Jerry Lottie.

Rascoe has attended numerous trainings, receiving certifications in areas that are directly related to the work of police departments on college and university campuses since joining the department. He is a trainer in fair and impartial policing and has led the training of all members of the department as such.

As chief, he will build on the successful community policing philosophy and practices that the department currently implements, said Bryan Hartman, vice president, student affairs.

“I will promote an enthusiastic, professional and productive work environment and collaborate with our members and the campus community in a manner that is just and promotes transparency, trust, legitimacy and, ultimately, social justice,” Rascoe said.