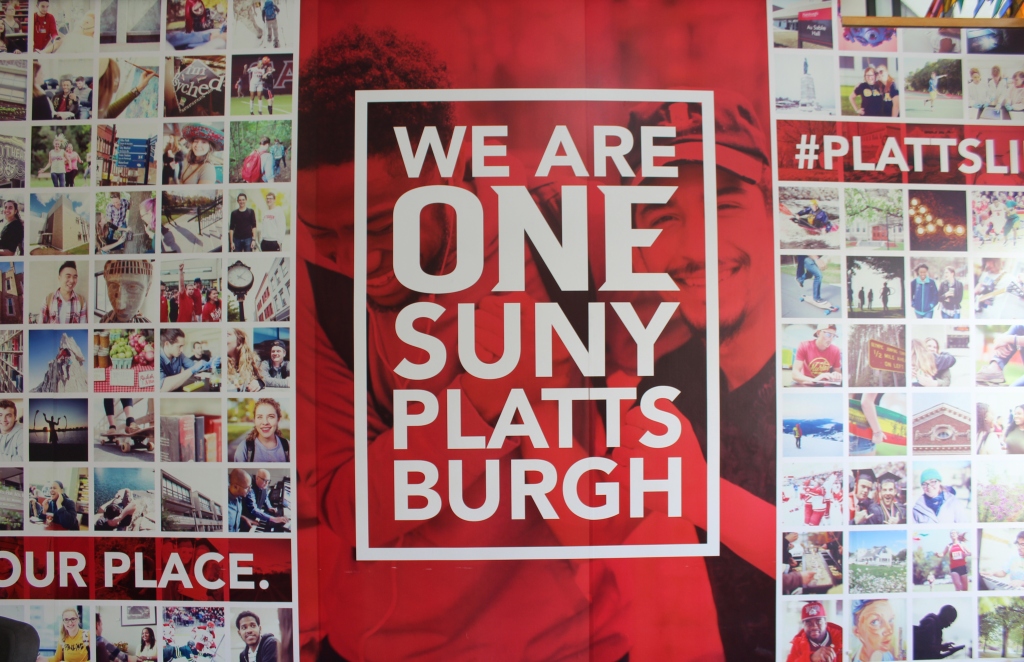 “I’ve Been Admitted to College” is being spearheaded by Andrea Enyedi, SUNY associate who ran a similar successful program at Humboldt State University in Northern California and then brought it east when she accompanied her husband to SUNY Plattsburgh as he assumed its presidency.

The IBAC plan is a simple one: Give 8th graders who don’t think that college is in their futures reason to believe that it is, and that SUNY Plattsburgh is the place to make that happen.

“It was always my vision to bring the program here,” Enyedi said. The program was up and running about eight years when the Enyedis arrived at Humboldt. “It had been started for the indigenous population to see themselves as college-worthy.” The program grew from there. At Plattsburgh, Enyedi has partnered with Denise Simard, dean of education, health and human services, who can tap into that division’s contacts at area school districts.

Students that Enyedi is looking to target are those who “don’t think about college in their future — either there is no family culture of a college education, they feel they’re not smart enough, or it’s not something they can afford,” Enyedi said. With 26 percent of SUNY Plattsburgh’s first-year student population being first-generation college students, 53 percent holding “B” high school average, and 50 percent receiving institutional financial aid, all boxes are checked to answer why SUNY Plattsburgh may be in the cards.

Enyedi said the first cohort of 50 8th graders from Ticonderoga and Saranac school districts will arrive on campus Thursday, Nov. 18. Burghy will greet their buses out front of Hawkins Hall. Students will then be brought to E. Glenn Giltz Auditorium where they will be welcomed by President Alexander Enyedi and have a chance to hear current students talk about their experiences.

After that, the president and first lady of campus will walk them around campus for a tour, showing them what she calls the “wow” factors of SUNY Plattsburgh.

“They’ll divide up with half students going on a tour, the other half will go to Myers Fine Arts Building where theater faculty will meet with them on the Hartman stage and play some theater games,” she said.

They’ll then switch, with half taking the tour and the other half on stage. Lunch in the Warren Ballrooms follows where a photo booth will be set up for students to take pictures with Burghy and signs that say, “Future Student at SUNY Plattsburgh.”

“And then Alex presents them with a ‘Promise of Admission’ certificate that is contingent on them satisfying all of the college’s admission requirements,” Enyedi said. “Follow-up with this group will be done in 9th and 10th grades, coordinated with admissions. And then admissions will be on to 11th- and 12th-grade admissions communications."

“It’s simple but powerful,” she said. “Local students are important to SUNY Plattsburgh and the region.”

“This foundational work aims to proactively enhance our enrollment and ultimately contribute to the economic vibrancy of the North Country,” said President Enyedi. “It will help fulfill our mission as a regional, comprehensive institution by encouraging first-generation students to earn baccalaureate degrees and stay in the area to serve their respective communities as professionals.

“IBAC will coordinate with our North Country Scholarship program and will be part of a broader community effort — including Champlain Valley Educational Services, Clinton Community College, and College for Every Student/Brilliant Pathways — that supports a variety of post-secondary education options,” he said.

“And then we’ll be back with more students from additional middle schools in Clinton, Essex and Franklin counties,” Andrea Enyedi said. “In the meantime, anyone who is interested in volunteering or being involved, from serving pizza on Thursday to highlighting their academic programs, can reach out to me.”

For more information or to contact Enyedi, email her at [email protected].