Middle Schoolers Return for ‘I’ve Been Admitted to College’ Program 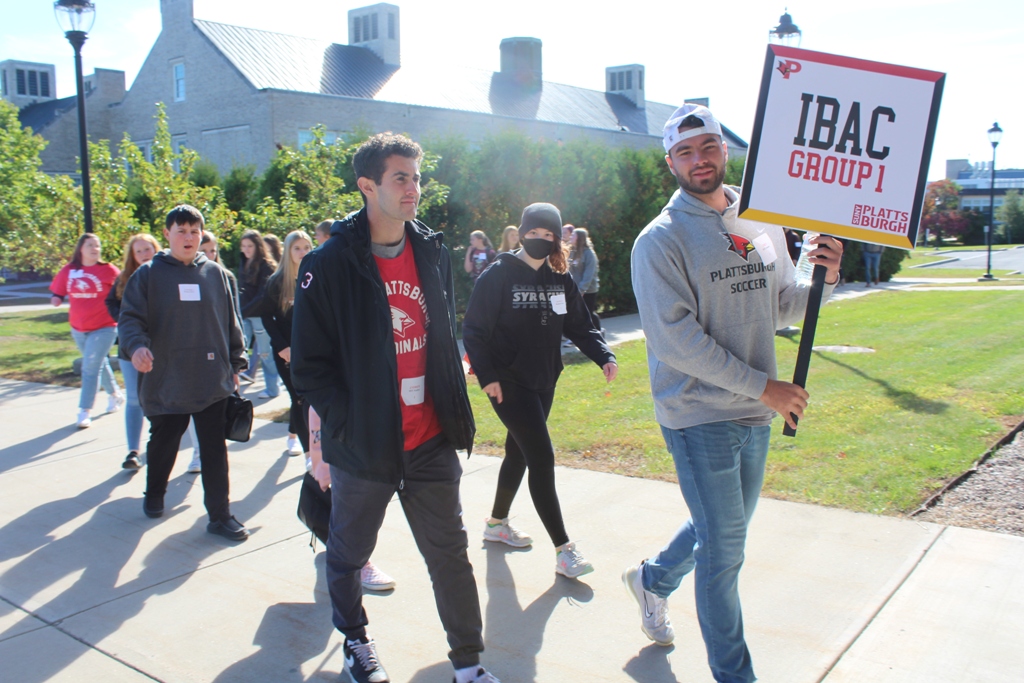 Anyone entering Au Sable Hall on the SUNY Plattsburgh campus Oct. 3 may have thought a serious crime had been committed.

But the reason for the law enforcement presence was a more welcoming one as the room filled with North Country 8th graders on campus for this fall’s “I’ve Been Admitted to College” program.

It’s been less than a year since the pilot IBAC event debuted at SUNY Plattsburgh, bringing 50 middle schoolers to campus. The program has already grown by 500 percent, with 100 students visiting campus each of three days over the course of a week.

"From a pilot event for 50 middle schoolers from two schools to 300 students from eight schools this year — we’re growing by leaps and bounds,” said SUNY Associate Andrea Enyedi, who spearheaded the initiative. 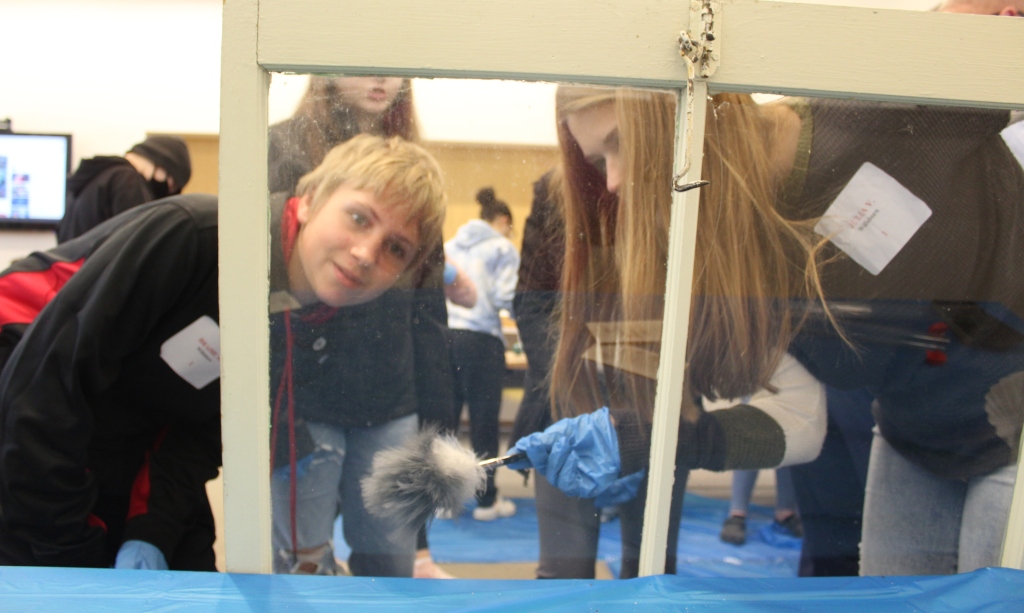 While here this time around, students participated in activities like the crime scene, theater improve games, a mock anthropology excavation, and presentations by Assemblyman Billy Jones and the Hon. Glenn Suddaby, a first-generation college student who graduated from SUNY Plattsburgh in 1980 and then went on to become U.S. district judge of the U.S. District Court for the Northern District of New York.

In Au Sable Hall, students were shown how to dust for prints on objects placed about the room. They also took their own prints that Rascoe compared against a classification chart.

Students are chosen for the IBAC program because they’ve been identified as those who may not have a family culture of college, or as those who don’t think they’re smart enough or capable enough, or those whose families may not be able to afford a college education.

Students are bused to campus for most of the day, thanks to a $3,100 grant from the Adirondack Foundation that helps cover the cost of lunch and transportation from school districts, Enyedi said.

“Ticonderoga and St. Regis Falls were able to attend this fall because of the funding,” she said. “We could serve even more schools if we had more funding.”

After the 50 students last fall and spring participated, more schools signed on, hoping their students could share in a similar experience. Enyedi said another 300 students will participate in the spring.

And as the program found its groove, more faculty members signed up to participate this fall. 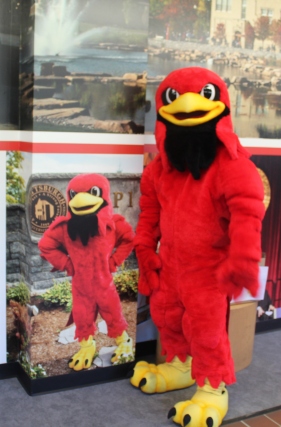 After a morning of activities, students are taken on tours of campus and convene for lunch in the Angell College Center ballrooms, where they took selfies with Burghy. After the visit, students will be presented with a certificate that promises them admission to SUNY Plattsburgh provided they satisfy the college’s admissions requirements. To help make that happen, admissions will follow up with students as they navigate their high school years.

Enyedi said when the first cohort was arriving that the program is “simple but powerful.”

“Local students are important to SUNY Plattsburgh and the region,” she said at the time, and IBAC strives to let these students know the college can be important to them as well.

"We don't want to turn away schools so we're working on ways to get more financial support for the program. Funding this program is an investment in the North Country because educated communities are vital to economic vibrancy and citizens' quality of life,” Enyedi said.

For more information on the “I’ve Been Admitted to College” program, contact Enyedi at [email protected].