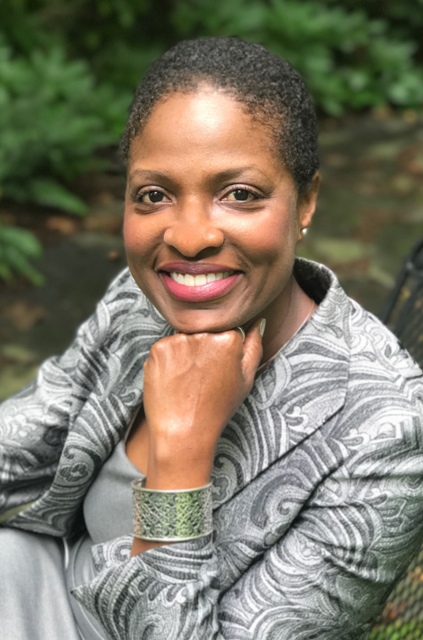 She will begin her work on campus in July.

“Dr. Cromwell brings a strong array of credentials and a track record of success to this role,” Ettling said. “She understands the integral nature of this work and how it must permeate an entire campus community. She has led such efforts and will do so here. I am very pleased she will be joining the college leadership team.”

The position, now elevated to a vice president-level role, will lead the creation and implementation of policies and approaches that build on the college’s commitment to inclusive excellence. She will also be responsible for leading the further development, implementation and on-going assessment of SUNY Plattsburgh’s strategic plan for diversity, equity, and inclusion.

Ettling commended Portia Turco, who served as interim chief diversity officer over the past academic year, for her important work on campus. The college opened its new Center for Diversity, Equity and Inclusion, a space encompassing the Community HUB (Honoring, Uniting, Building), during her tenure.

“Portia worked tirelessly over the past year on behalf of the entire campus community,” he said. “Her efforts were critical in areas ranging from bias response to new programming in the new Community HUB. I deeply appreciate her leadership and enthusiasm.”

“I believe I can make a significant contribution to collaboratively enhance what is already present and create new initiatives to build a diverse and inclusive institution,” Cromwell said. “Throughout my 14-year career in higher education, I have placed priority on the practice and scholarship that enable me to remain current in diversity and inclusion in higher education.

“Best practices in these important areas are constantly changing and challenged. I am struck by the commitment that SUNY Plattsburgh demonstrates to make these areas functioning parts of the institutional culture and memory. I am particularly impressed that Plattsburgh has many of the important inclusive excellence pieces of the puzzle already on the table,” she said.

Cromwell earned her bachelor’s degree in social work at the University of the West Indies in St. Augustine, Trinidad in 1998, her master’s in dispute resolution in 2001 and her doctorate in conflict analysis and resolution with a specialty in ethnic conflicts in 2006, both at Nova Southeastern University in Fort Lauderdale, Fla.

As associate vice president at Regis College, a position she held since fall 2017, Cromwell was focused on equity-minded initiatives and was instrumental in institutionalizing the Kente Ceremony, rebranded and co-chaired the inclusive Excellence Council, coordinated an art exhibit on racism, sexism and genocide with world-renowned artists and filmmakers during Black History, International Women’s, and Genocide Awareness months, established a three-person staff Center for Inclusive Excellence, and  coordinated system-wide education efforts to introduce restorative practices, racial justice, brave spaces and other equity-based topics. She also developed a Student Diversity Council and coordinated an inclusivity employee survey to provide data for evidence-based initiatives, among other achievements.

From 2016 to 2017, she served as chief diversity officer at the School for International Training in Brattleboro, Vt. She was an associate professor in the Department of Politics and Social Justice, and served as director of the honors program, at Regis College from 2013 to 2016. From 2005 to 2013, she had an affiliation with Pine Manor College in Chestnut Hill, Mass., first as an associate with the school’s Center for Inclusive Leadership and then as an associate professor and chair of the Department of Social and Political Systems.

At SUNY Plattsburgh, Cromwell will work with the other college vice presidents and academic deans. She will also work closely with Human Resource Services, Affirmative Action, Title IX, Strategic Enrollment Management, the Faculty Senate, the Center for Teaching Excellence, collective bargaining units and other stakeholders.

The search for a vice president of diversity, equity and inclusion was launched in January 2019 with the expectation of filling the position by the end of the spring semester.

Meeting her future colleagues and the community members at Plattsburgh recently made her feel at home among strangers, she said.

“For me, coming to Plattsburgh feels very much like coming home. I felt a unique sense of connection with people I met, and I am so excited to come home.”