Macomb Hall will be closed after spring semester for the next academic year, the latest residence hall taken offline for extensive renovations. Changes will include new facilities in student rooms, installation of an elevator and office space for the Educational Opportunity Program (EOP) and Student Support Services (SSS).

The Macomb renovation project, similar to the others before it, will add kitchenettes on each floor, energy efficiency with design, new sprinkler systems, and bathroom upgrades.

An elevator will be installed on the outside wall, next to Saranac Hall. A bank of windows will be built around it, similar to the design around the elevator that was installed in Saranac. Security doors will allow SSS and EOP clients access to those areas but not the residential portion of the building.

"That way you can live in the building but not have access to EOP and SSS and visa versa," said Stephen Matthews, director of housing and residence life.

Under this system, one dorm goes offline in May while another is readied for reopening with the start of the semester that follows.

Popular with student focus groups, the college decided to upgrade the bathrooms in the halls that were already done, and incorporate the upgrades in the rest of the projects from here on out, Matthews said.

"Prior to this project, bathrooms were not always renovated, but privacy has become an issue. Now, the new bathrooms in Macomb - and later in the other residence halls - will be individual units with showers, sinks and toilets. They also answer the mandate for Gender Inclusive bathrooms."

Matthews said the issues raised during the focus groups include privacy but students also want the halls to "feel more like home."

As part of the changes, Student Support Services and the Educational Opportunity Program will move from the quarters they currently have in the Angell College Center to the ground floor of Macomb.

Bonds Made Available Through DASNY

The rehab project is funded through bonds made available through the Dormitory Authority of the State of New York. Residence hall projects are paid for through revenue earned by the halls on each campus. DASNY helps secure the low-cost, tax-exempt bonds that are in turn paid off by that revenue.

"The bonds made available through DASNY are critical, helping us upgrade our facilities and offer our students the best possible on-campus living experience," said President John Ettling. "SUNY Plattsburgh has been aggressively renovating our housing, taking one residence hall off line each academic year for major upgrades.

"These projects focus on enhanced student experiences, energy efficiency and equipping buildings with the latest technology. Macomb will be the eighth residence hall renovated in our 10-year capital plan. SUNY residence halls operate without support from tax payers or tuition. Purchasing bonds through DASNY is an affordable option that helps make the renovations possible."

The next two halls to go offline, Whiteface in May 2018 and Kent in May 2019, will bring the count to 10. Bryan Hartman, vice president for student affairs, said "it is our goal to complete the buildings identified if we continue to believe we can afford it."

Hartman said a small portion of the bonds purchased this year will be used to finish paying for Wilson Hall construction. The rest will be used to pay for the Macomb construction and for some of the design phase of the Whiteface project now underway.

"We are always designing 18 months ahead of time," Hartman said.

After the 10 halls are complete,  the college will then assess whether to go forward with renovations to our the remaining buildings, Banks and Adirondack, Hartman said.

The other residence halls upgraded were:

Achitectural Renderings of the Macomb Renovation 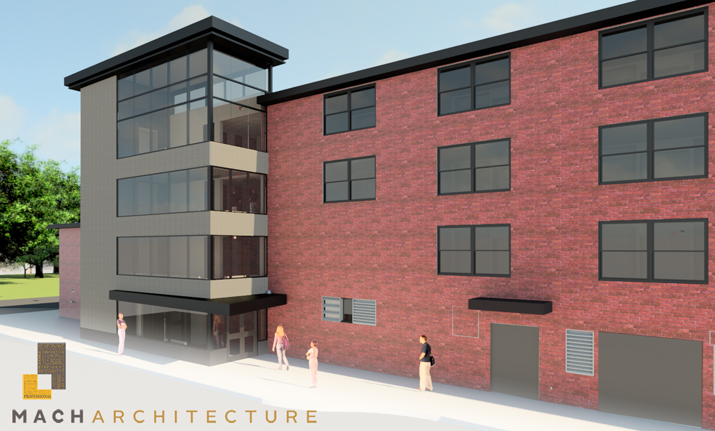 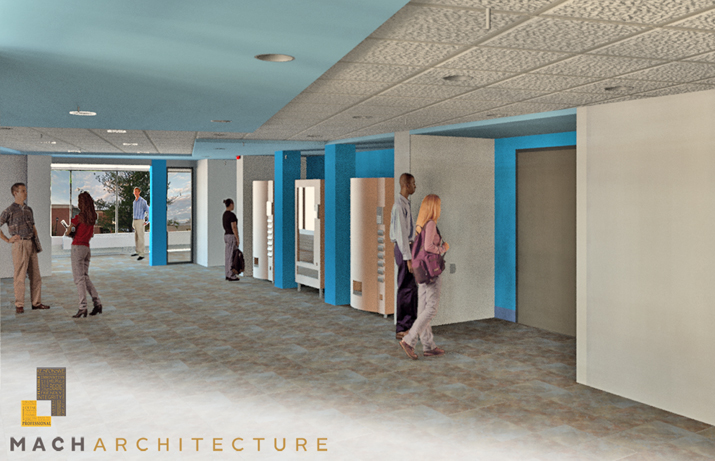 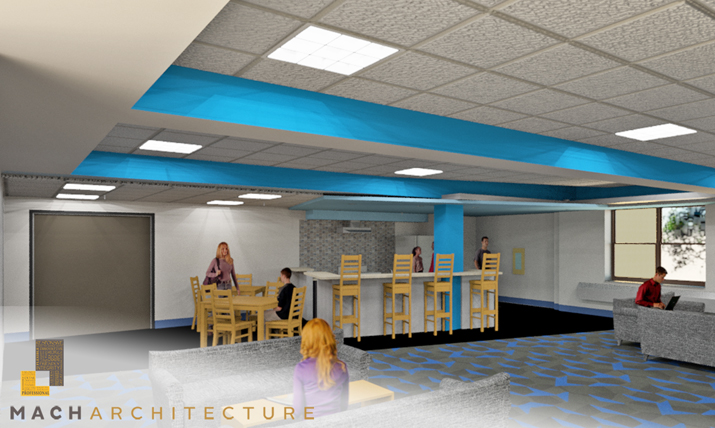 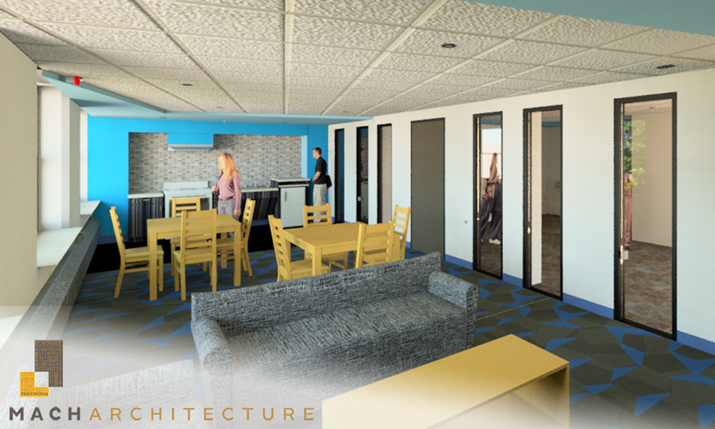 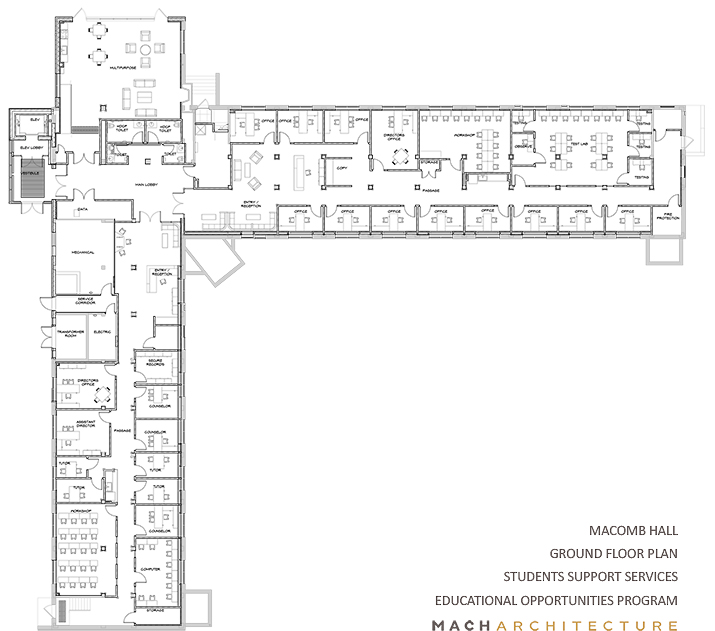 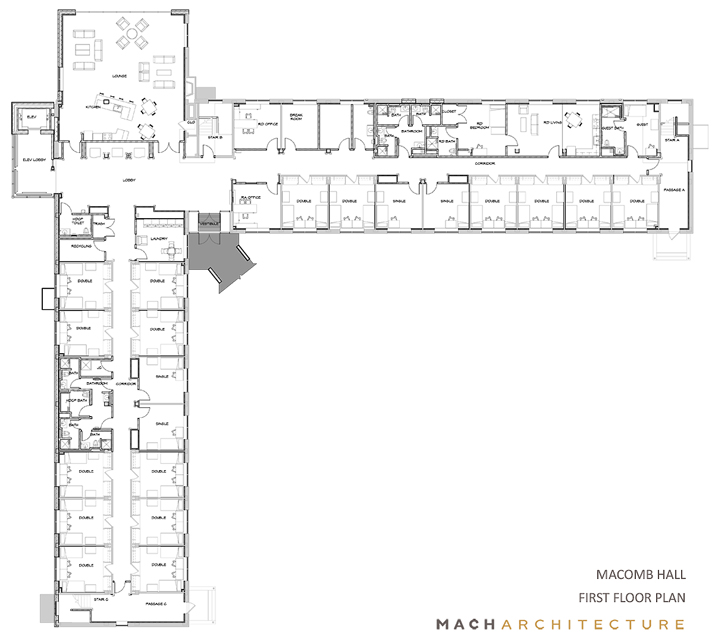 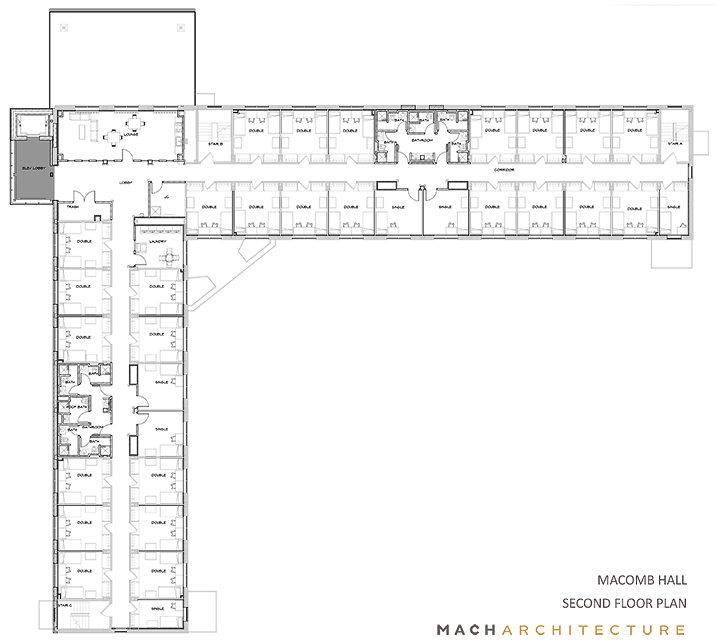