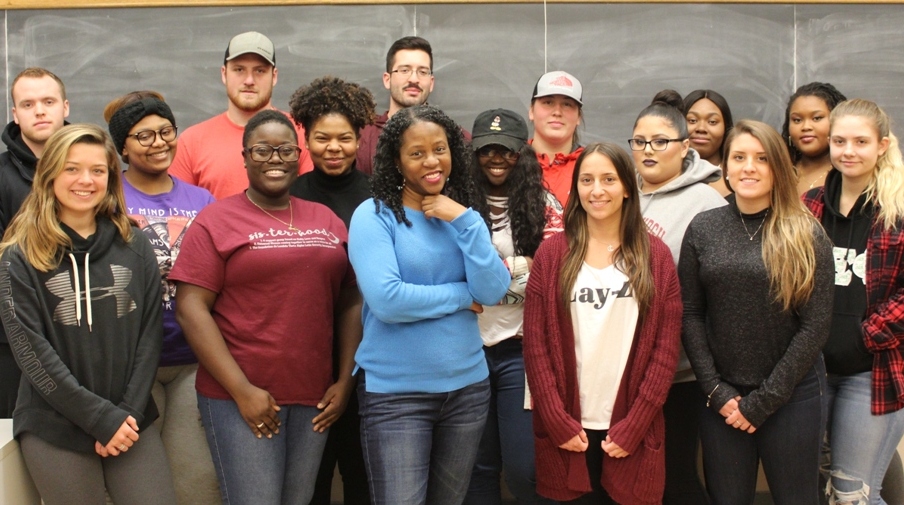 What started as a criminal justice class project a year ago comes to fruition Jan. 27 in the Burke Gallery with “States of Incarceration,” a traveling exhibit that looks at mass incarceration in our communities.

The goal of the national “States of Incarceration” is to shine a light on incarceration and to open a national dialogue on what should happen next. More than 800 people in nearly 20 states have participated. And now, so too has SUNY Plattsburgh. 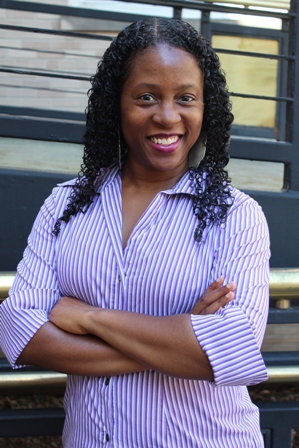 For its part, the college was named in 2018 as one of 10 partners to receive Mellon Foundation funding to participate. As part of this partnership, Dr. Breea Willingham, associate professor of criminal justice, taught a special-topics course in the fall of 2018 where students examined what role education has and why higher education should be included in all prisons.

Their findings are now included in the national “States of Incarceration,” an offshoot of the Humanities Action Lab, a coalition of universities that work with organizations and public spaces to create traveling public projects on pressing social issues.

They titled their contribution to the exhibit “Cuffs to Classroom: College in Prison.” Willingham, an expert on the impact of incarceration on families and women in the criminal justice system who has lectured and written about her own family’s experiences, said that education for the incarceration is an answer to lowering recidivism and violence behind the walls and hopes the exhibit will help show campus and community how a prison education can redefine incarceration in New York.

Willingham’s research examines the intersections of race, gender and the criminal justice system, particularly how it relates to women’s pathways to incarceration, their experiences in and after prison.

In 2019, she served as the project coordinator of the Mellon-grant-funded partnership between SUNY and CUNY, exploring ways to increase higher education opportunities for incarcerated and formerly incarcerated people in New York state.

In addition to the exhibit, which runs through March 13, several events will be held in conjunction:

The SUNY Plattsburgh exhibit is supported in whole by the SUNY Plattsburgh College Foundation and runs through March 13. An opening reception will be held Thursday, Jan. 30 from 4 to 7 p.m. in the Burke Gallery. For more information on the national “States of Incarceration” and Willingham’s class participation, visit https://statesofincarceration.org. For more information on the Burke Gallery exhibit, contact the Plattsburgh State Art Museum at 518-564-2474 or email [email protected].