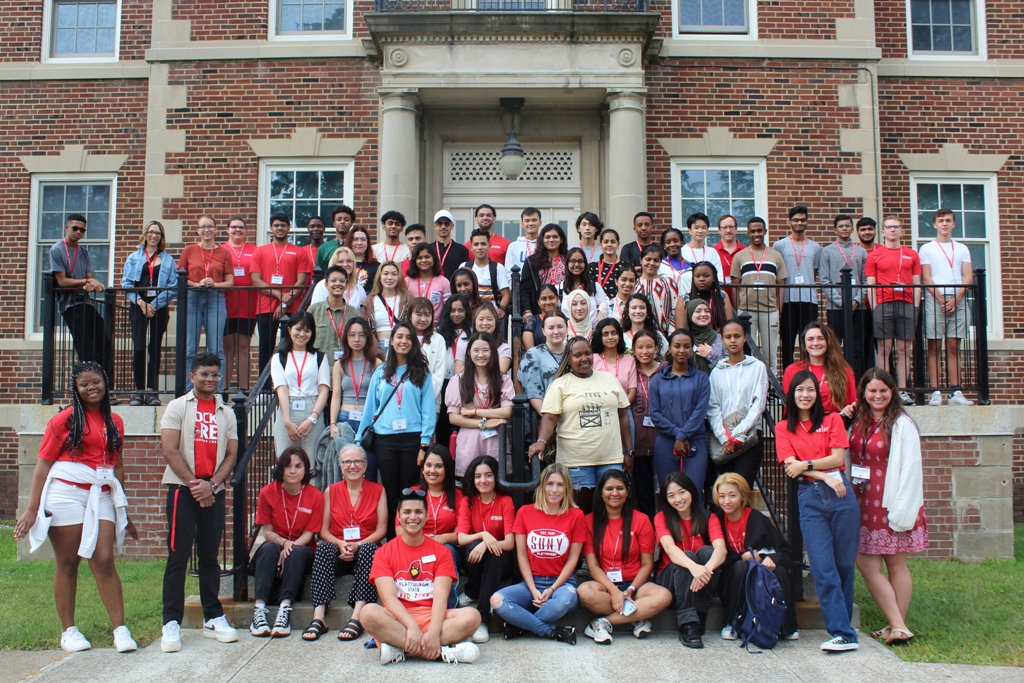 They come from countries around the world to study and immerse themselves in a new culture, and this fall, SUNY Plattsburgh welcomes some 75 new international students to it’s fold.

Students began a week of orientation before the start of classes Aug. 29. Students will attend information sessions throughout the week, touching on subjects such as health insurance, academic expectations, health and safety, understanding college polices and procedures and more. Dr. Alexander Enyedi, college president, met with students to welcome them to campus and the North Country.

Activities such as bowling, Bingo, shopping, mini golf and others were planned to break the ice and give student the chance to unwind and mingle with one another. 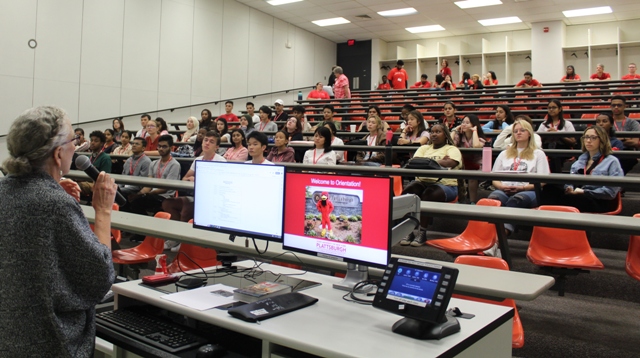 Jackie Vogl, director and associate vice president of Global Education, hosted an official “Welcome to SUNY Plattsburgh” session where orientation leaders and Global Education Office faculty and staff introduced themselves. Vogl then told students a little about herself, explaining how difficult it was for her to first travel around the world but soon learned to “embrace the unfamiliar.”

“This is your first taste of the unfamiliar,” she said. “Immerse yourself in the local culture; get to know students who are not from your country.”

She continued by telling them that orientation is held “to create a community; be successful your first week. You’ll have all the tools you need to be successful. Everyone in this room has your back. Get to know these people; get to trust them because they absolutely have your backs.” 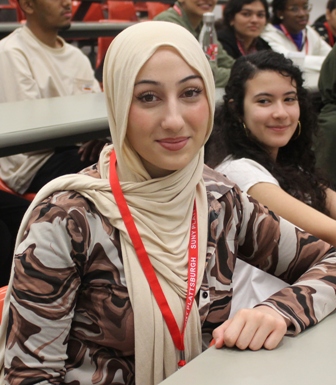 “Arriving in the United States was terrifying for me,” said Zehra Uslubas of Germany. The journalism major said she first landed in New York City, “and I wanted to go back to Germany. But when I arrived in Plattsburgh, and met other students, I began to feel safe here. All my anxiety is gone.” 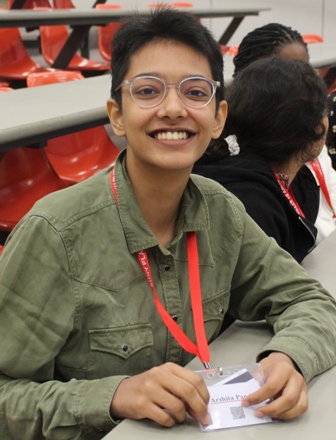 Arshita Pandey, a marketing major from India, said they’d been in the United States twice before, but coming to a new country “especially the United States, can be scary at first. Everybody is the same, but you can feel like nobody cares about you, especially in New York City. You want to feel like somebody cares for you,” they said. Pandey said they liked the idea of SUNY Plattsburgh giving everyone the “chance to be free and to feel that everybody is the same; no one will judge you.” 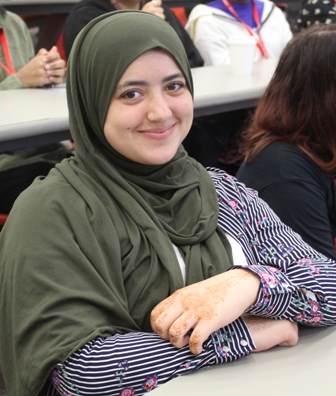 “My dad had always wanted the American dream and could never fulfill it,” said Moroccan native Yousra Amrhar. “He was really proud of me being accepted here, but when the time for me to leave was getting closer, he had tears in his eyes, and I said I should I not go? I could call and say I’m not coming. He said, ‘No, I am very proud of you. I see myself in you.”