Allison Swick-Duttine, director of fraternity/sorority life and organizational development at SUNY Plattsburgh has received national honors for her anti-hazing efforts. Nationally, she was one of two professionals to be named by HazingPrevention.Org as an "Anti-Hazing Hero" for her stand against hazing on college campuses. 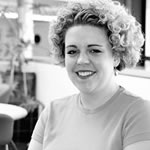 "Allison Swick-Duttine was galvanized by the death of Walter Jennings on her campus from hazing he endured in a non-recognized fraternity," stated a press release from HazingPrevention.Org. "Already a strong opponent of hazing, Swick-Duttine became a highly sought-after presenter determined to help other campuses avoid the same fate. She has presented numerous times about hazing and underground fraternities, and written much on the subject as well..."

Swick-Duttine was also the 2007 recipient of the Sue Kraft Fussell Distinguished Service Award from the Association of Fraternity Advisors (AFA). This award recognizes individuals who have exhibited high professional standards and achievement in fraternity advising, as well as outstanding achievement in areas like campus programming, development and research activities, and service to the college community.

"I am unbelievably honored to receive these awards," said Swick-Duttine, who has made many changes to fraternity and sorority life at SUNY Plattsburgh.

On a Local Level

On a local level, Swick-Duttine has initiated intensive anti-hazing and values-based new member education programs. Examples include National Hazing Prevention Week events and diversity and sensitivity-based training sessions like Stop the Hate training and partnerships with the Violence Prevention Project and the Center for Diversity, Pluralism and Inclusion. Swick-Duttine also helped create the college's Center for Fraternity/Sorority Life. The office has a student staff, who provide support, programming, and intervention. It focuses on values-based programming centered on the principles of friendship, scholarship, leadership and service.

In addition, Swick-Duttine served on the Plattsburgh City-College Commission. Formed by the mayor of the city and the president of SUNY Plattsburgh, the commission worked with local residents as well as city and college officials to explore issues that negatively impact the relationship between city residents and college students. The commission produced a report detailing steps the college and community could take to improve town-gown relations.

Swick-Duttine has worked on community governance and accountability practices on campus as well, helping to set up training and advising for the Interfraternity Council and Intersorority Association, and working on the Chapter Accreditation Program, strategic planning processes, and the Fraternity/Sorority Alcohol Task Force. She has put together service-based programs to increase community awareness and commitment to philanthropic giving. These efforts resulted in fraternity and sorority members organizing events like the annual Senior Citizens' Prom, Spring Fling at Meadowbrook Health Care and Up 'til Dawn, which raised over $30,000 for the St. Jude Children's Research Hospital last year.

On a National Level

On a national level, Swick-Duttine has won a number of awards, including the College Fraternal Editors Association First Place Greek Life Article Award for her article "Hazing is Relationship Violence" in 2007 and the Sigma Sigma Sigma National Officer Outstanding Service Award in 2007.

She serves as publications vice president for the national sorority, Sigma Sigma Sigma; is president of the HazingPrevention.org board of directors; is the AFA National Hazing Symposium liaison; and is a member of the boards of Gamma Sigma Alpha Honor Society and the Northeast Greek Leadership Association. Among her past efforts, she has served as editor of AFA's magazine, Perspectives; director of programs for Sigma Sigma Sigma where she wrote curriculum for and facilitated national women's leadership programs; session coordinator and facilitator for the Undergraduate Interfraternity Institute; Omicron Delta Kappa faculty secretary; and a member of Champlain Valley Habitat for Humanity board of directors.

Swick-Duttine credits SUNY Plattsburgh for empowering her to work on a national level.

"I do not think I would have had the opportunity to accomplish so much on the national level if it weren't for the support and encouragement of my colleagues at SUNY Plattsburgh," said Swick-Duttine. "This college has provided me with not only a wonderful career, but opportunities to improve myself personally and professionally, and, in doing so, I have been able to provide similar opportunities for our fraternity/sorority members."