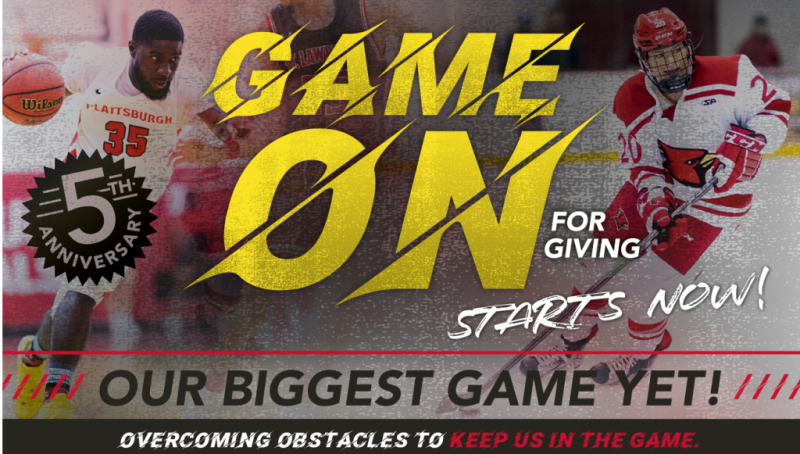 Now more than ever Cardinal athletes are looking for support to keep them in the game, and the fifth-annual “Game on For Giving” campaign is gearing up to do just that.

Cardinal athletic programs have not been immune to the changes brought on by COVID-19; the pandemic has forced teams to rethink how to operate in the “new normal.” From classrooms to practice, meeting and competing, Cardinal athletics has faced unique challenges.

Game on for Giving — in support of Cardinal athletics —features athletic teams competing against each other for a donor-funded challenge gift of $5,000 provided by Cardinal Hall of Famer Richard Semmler ’68, a standout in Cardinal cross country and track and field. Currently underway, it culminates on Game Day 2021 Feb. 15.

Last year, women’s soccer garnered both the most alumni and overall donor support while women’s tennis captured the highest percentage increase in alumni participation. Cardinal fans and alumni are encouraged to get in the game by making a donation to their favorite team.

“Donor support provides resources that allow our teams to remain competitive and provide our athletes with well-rounded experiences. We are so thankful to Richard Semmler for his generous support of this campaign and to all our Cardinal fans and alumni who participate in Game Day 2021,” said Mike Howard, director of intercollegiate athletics and recreation.

In addition to giving to any of the 18 Cardinal varsity teams, donors may designate gifts to the Fitness Center, recreational sports, Athletic Hall of Fame, athletic training, athletic communications or the Cardinal athletics general fund. They may also choose to divide their support among multiple recipients.

Fans can learn more about Game on for Giving, make a gift and find out where each team stands in the competition at www.plattsburgh.edu/gameon. Gifts can be made on or before Friday, Feb. 15.