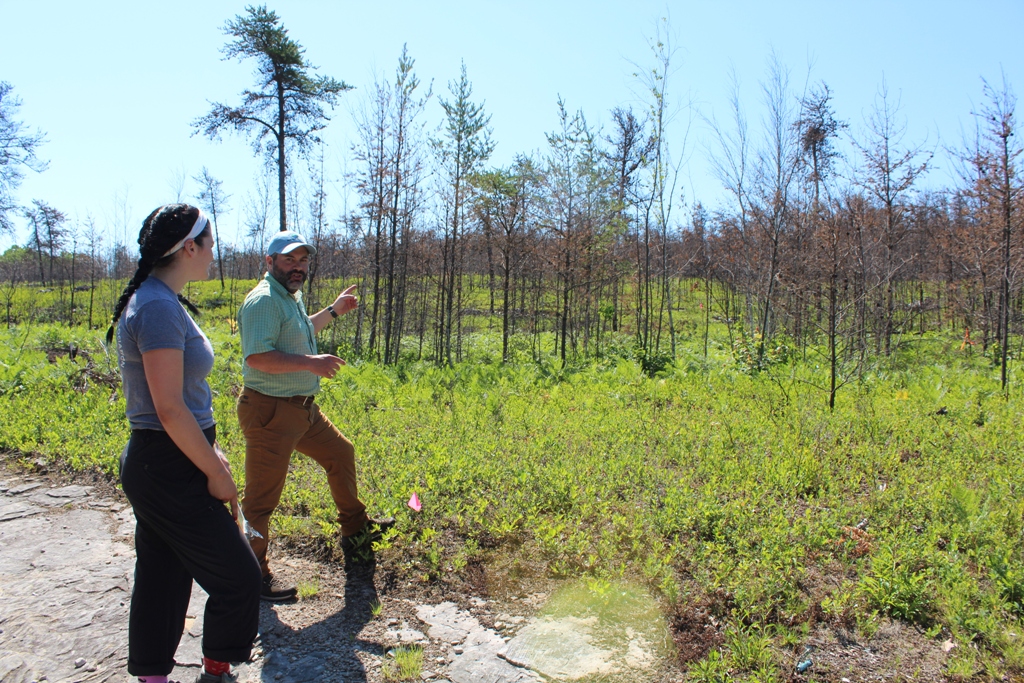 A fire that might have been considered devastating to some is an ecological god-send to the Altona Flat Rock region and the SUNY Plattsburgh environmental science faculty and students studying it.

Dr. Mark Lesser, assistant professor in the Center for Earth and Environmental Science, is one of them. 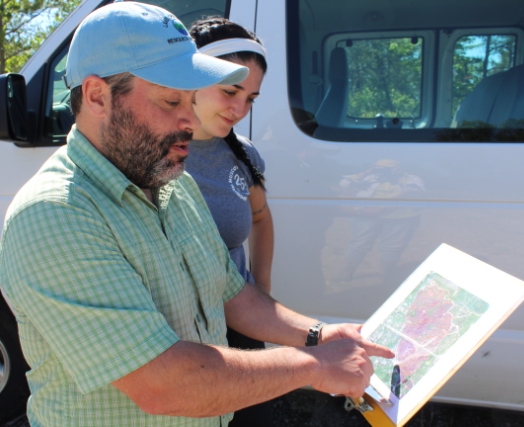 Lesser is researching the resilience of the jack pine found in the area commonly referred to as the “flat rock” in the Town of Altona. In July 2018, about 500 acres of the 22,000-acre state forest succumbed to a wildfire, started by accident by a campfire at a nearby home, according to the state Department of Environmental Conservation.

“Jack pine is supposed to burn,” Lesser said. “It’s a fire-dependent ecosystem. In the unburned areas there are little to no jack pine seedlings; they need fire to regenerate. There are tens-to-hundreds of thousands of seedlings in the area that was burned. This is excellent from a research point of view — a burned area within an unburned area. Last July, there was no green whatsoever; now you can barely tell.”

Lesser joined the faculty two years ago. When the fire broke out a year later, he said he couldn’t believe his luck. 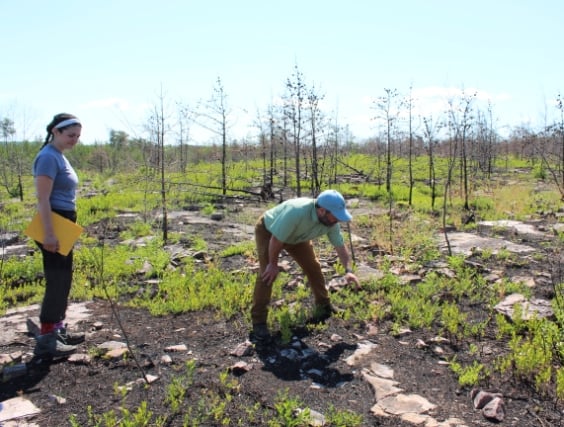 “Ken Adams waited his entire career for this,” Lesser said of the retired SUNY distinguished teaching professor of ecology. “Ken did so much work up here. He set the stage for us to have this to compare to. I got to go out with the DEC before the fire was technically extinguished. To get to see a forest fire a month after it burned and get to do important research on how this ecosystem is going to respond to that is a very unique opportunity. Last fall, I spent a lot of time here with my forest ecology class — I bring my classes, Danielle (Garneau) and Mary (Alldred) bring theirs. We have at least a half-dozen independent undergraduate research projects going on.”

That includes the research being done by senior ecology major Jessie Pruden, who has been studying the deer population in northern Adirondack forests. Her work involves looking at how deer use different forest types as habitat and what affects deer have on the forest in the long term. She recently presented her findings with Lesser at the SUNY Undergraduate Research Conference.

“It’s been such an amazing opportunity,” Pruden said. She credited Lesser as well as Dr. Danielle Garneau and Dr. Mary Alldred for “showing me so many things. I get to come up here all the time. They’re very smart, and I learn so many things. I’m very grateful for that.” 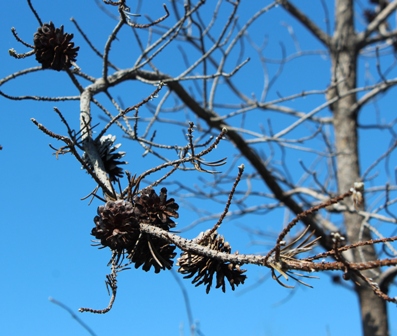 The jack pine has evolved over time to thrive in areas like the Altona Flat Rock, Lesser said. The trees’ root system doesn’t need depth; it spreads out along the surface of the rock, which is covered by only a few inches of soil. Branches hold tight to their cones, waiting for events such as the forest fire to open.

“Fire heats the cones; they open and release their seeds,” Lesser said. There is little competition to germinate. “The seedlings get a jumpstart on the blueberries, huckleberries and other herbaceous plants. If grass and blueberries were already there, the seedlings have a harder time to establish themselves. The fire creates a nice seedbed.”

Another area of interest to Lesser is species range limits. The jack pine in Altona is at the southern range limit for all of North America, he said. The pitch pine, also found in the flat rock area, is in the northern-most range in North America. 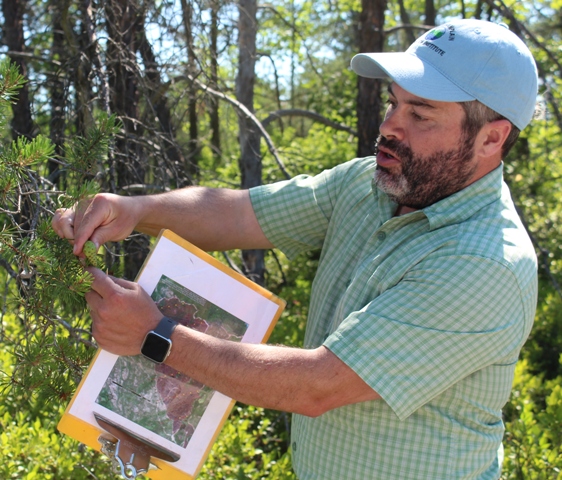 “This jack pine ecosystem has evolved over the last many thousands of years within a certain set of environmental conditions it’s adapted to,” Lesser said. Climate plays a part, but so does the effort to not let it burn, he said. “In the absence of fire, cottonwood and birch have sprung up instead of jack pine, which has not been able to regenerate. If there hadn’t been the fire, this area would evolve into something else. It needed that fire in order to regenerate. In terms of my research, that’s really fascinating.” 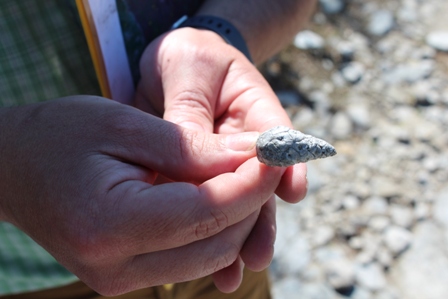