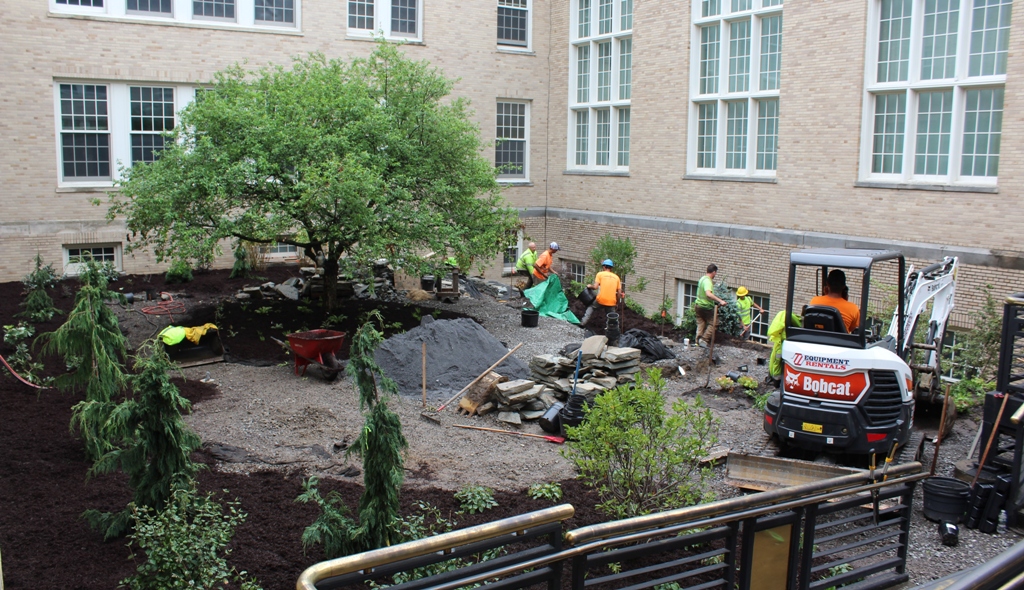 Work on the Lisa Lewis and John Ettling Garden, a meditation space in the northern courtyard in Hawkins Hall honoring the past SUNY Plattsburgh president and his wife, has begun.

The project, which requires the use of a crane to haul materials up and over to reach the courtyard in the center of Hawkins, began at the beginning of August with a completion date set for the end of September. 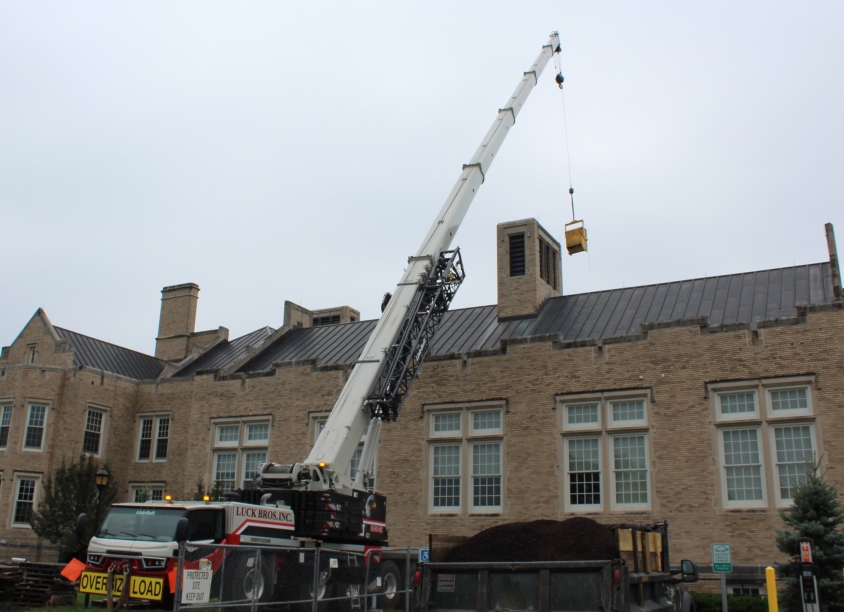 “We are now able to bring this tribute to fruition, creating a beautiful, restorative space for meditation and peaceful reflection,” said Dr. Alexander Enyedi, who succeeded Ettling as president of the college.

The concept for the meditation space was proposed by Ettling and Lewis upon his retirement from the presidency in June 2019. Funds were raised by the Plattsburgh College Foundation.

Anne Hansen, vice president for institutional advancement and executive director of the foundation, said at Ettling’s farewell gala that it was “the vision of Lisa and John that this garden be a quiet, restorative space for reflection. It will be free from technology, conversation and the hustle and bustle of life.” It will be open to all.

Funds raised will also be used to maintain the garden, she said.

A dedication of the space is planned for 2022 once the garden’s trees and other plantings have matured, Enyedi said. Details on the dedication will be shared at a later date.