Seven SUNY Plattsburgh faculty and staff members have won the Chancellor's Award for Excellence from the State University of New York this year.

The criteria for the selection of these awards are exacting and ensure that only highly qualified individuals receive them, according to John J. O'Connor, officer-in-charge at the State University of New York. 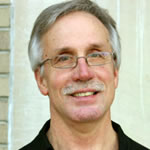 Dr. Jon P. Chatlos received the Award for Excellence in Teaching, an honor intended for faculty members who have consistently demonstrated superb skill in instruction. When it came to nominating Chatlos for the award, SUNY Plattsburgh's selection committee was unanimous in its support.

Over the past six years, the associate professor of English has taught 13 courses in literature, film and writing, including both introductory and advanced levels. In them, he has placed an emphasis on student involvement and has continually worked to improve both course organization and his teaching, according to SUNY Plattsburgh President John Ettling. He has incorporated appropriate technologies, developed new approaches to teaching writing and revised assessments to improve student outcomes. The result has been a high degree of student satisfaction with Chatlos' teaching, as reported through course surveys.

"It is no secret in the hallways of the English department that the students love Dr. Chatlos for his enthusiasm, the unrivaled respect he shows his students and the dedication with which he helps shape students' critical thinking and writing," said Joseph Finckel '05, one of Chatlos' former students who is now a teaching assistant in the English department at the University of Connecticut.

He is an active scholar with several papers published and others in process and has been a contributor at conferences both on the art of teaching and on literature. 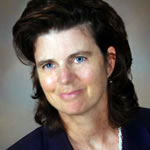 Dr. Beth Dixon, another recipient of the Award for Excellence in Teaching, says she cannot separate her teaching from the rest of her life.

Because her concept of teaching fundamentally involves the sharing of philosophical ideas, the associate professor of philosophy finds that her role as teacher permeates her life - in the classroom, in the community and in her scholarship.

When it comes to working with her students, she strives to actively engage them.

"Dr. Dixon's focus in developing courses, designing assignments and planning day-to-day instruction is to involve students in doing philosophy," said Ettling. "Over the years, Dr. Dixon has used a variety of techniques to stimulate such engagement, including mock trials, real-world and fictional case studies, role-playing games, field trips, walking tours, films and guest lecturers. She has also shared her experiences with other faculty, not only informally, but also through workshops, conference presentations, and publications about effective ways to teach philosophy."

In the community, Dixon shares the love of her subject matter with elementary and middle school children. She has designed and implemented a philosophy-for-children program through which she takes college students into K-12 classrooms to facilitate philosophic discussions.

She has also published a number of scholarly works, including her recently published book, "Animals, Emotion, and Mortality: Marking the Boundary." 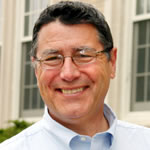 Once an elementary school teacher, Dr. Stephan Saiz, another recipient of the Award for Excellence in Teaching, bases his college teaching, in part, on that experience.

As a result, this associate professor's "focus is always on the learner," said Ettling. "Among the more specific techniques he uses are case studies; biography, literature and clinical anecdote; reflective team work; role-playing; and joint analysis of taped counseling sessions as well as lecture demonstration, and discussion."

His students respond well to this teaching style.

"Student evaluations of Dr. Saiz's teaching are the highest I have reviewed during my teaching career," wrote Dr. Richard Schnell, SUNY distinguished service professor and coordinator of the Mental Health Counseling Program.

Saiz is rated especially highly for his responsiveness to and respect for students, his enthusiasm for the subject matter (counselor education), and his level of understanding of the material. Students also rate him highly for his counseling supervision.

He has shared his expertise in the field through the publication of a half dozen scholarly articles and book chapters, numerous workshops and extensive work as a consultant. 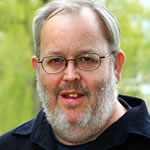 Dr. Rick Davies has won the Chancellor's Award for Excellence in Scholarship and Creative Activities. This award goes to SUNY faculty members who have demonstrated sound and sustained scholarship in the sciences, humanities, and professional studies or consistent creative productivity in the fine and performing arts.

Before his arrival on the SUNY Plattsburgh campus, Davies was already an established musician who had performed with a number of well-known artists in New York City and around the world - including Wyclef Jean, Tito Puente, Michael Jackson, Bo Diddley, Gloria Gaynor, Tony Bennett and Rosemary Clooney.

During his time with the college's music department, both his reputation and the volume of his work have continued to grow.

Over his 10 years on campus, Davies has produced nine CDs - two of which are made up entirely of songs he either wrote or co-wrote. His 2006 "Siempre Salsa" has done especially well, receiving a airplay around the globe, with selections making the top 10 charts in Italy, Japan and Columbia.

According to the many musicians and community members who have written letters in support of his nomination, Davies has breathed new life into the North Country and Burlington music scene, performing live up to 50 times a year and bringing renowned artists into the area. He has also performed in cities around the globe, including Montreal, Canada; Amsterdam, Holland; Sydney, Australia; Oaxaca, Mexico; Cali, Colombia; Budapest, Hungary; Tokyo, Japan; Regensburg, Germany and Trinidad and Tobago.

In addition, during his time at the college, Davies has added to the scholarship in his field, writing five articles and a book and giving a dozen presentations.

"His musical accomplishments speak for themselves," said Plattsburgh College Foundation member Jeff Rendinaro, "and it makes me feel honest-to-God local pride when I'm talking to one of my New York City buddies, and they say, 'Rick Davies, wow, what's that guy doing up there?' I tell them he teaches at SUNY Plattsburgh, and it's one of those rare satisfying moments you sometimes miss in a small town." 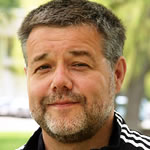 John Bradley won the Award for Excellence in Professional Service. This award is given to SUNY professional service staff members who have consistently demonstrated superlative performance within and beyond their position.

Bradley came to the college as a programmer in 1985. He rose through the ranks to ultimately become the computing and media services coordinator. In this role, he has become known for creating a culture of service, according to the many letters of support written on his behalf.

"Mr. Bradley's excellence in his primary position is supported by letters from faculty and other staff, who praise his 'can-do' attitude, the respect he accords both faculty and student requests for assistance, and his ability to keep a large and complex system 'humming,' such that the rest of us are rarely made conscious of the effort that goes into this - all this with always limited budget and staff," said Ettling.

Bradley's service to the college goes beyond that which is in his job description, Ettling added. He serves on 10 standing committees, including the Web Oversight Working Group and the Faculty Senate Resources and Planning Committee. Furthermore, he has been a member of more than 40 committees or task forces. Through these, he has developed a reputation for his ability to grasp the big picture.

"John adds a great analytical perspective to any and all deliberations during committee meetings," said Bryan Hartman '88, director of residence life. "I find that his sense of humor and general positive outlook, as well as his meaningful contributions make John a sought-out committee member for a range of issues." 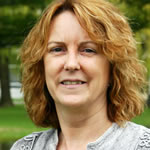 Debra Kimok was given the award for Excellence in Librarianship, which honors her skill in librarianship, her extended service to the campus and to the State University of New York combined with her scholarship and professional achievements.

This senior assistant librarian works half-time in Feinberg Library's Special Collections and half-time in the library's instruction program and has had a major impact in both arenas, according to Ettling.

She serves as a reference librarian, teaches the library information management course and has digitized photographs; built databases; increased public awareness of and access to Special Collections and College Archives materials; updated Special Collections procedures, policies and Web pages; and created online tutorials that increase access for students learning how to use the college's information systems.

Kimok has played "a transformative role in moving the library toward new approaches in teaching students with the Internet media," wrote her colleagues, Interim Associate Dean Holly Heller-Ross and Librarian Carla Hendrix, in their letter of nomination.

Kimok has also served as editor of The Records Manager newsletter of the Society of American Archivists Records Management Roundtable, of which she is the current vice-chair and co-coordinator of a Joint Working Group on Diversity in Archives and Records Management; has had two articles published, one refereed and one non-refereed; has presented at several conferences and meetings; and has made contributions to several other projects.

In the community, Kimok has shared her professional expertise, serving as a trustee of the Kent Delord House Museum and as a member of the New York Archives Conference Board. She has been a member of the Professional Development Awards Committee and the North Country Digital History Project for the Northern New York Library Network, and is currently a member of the SUNY Librarians Association Archives Working Group and the Plattsburgh Museum Day Planning Committee.

Kimok has also served on several campus and library committees, including the Writing Across the Curriculum Committee and the Assessment Advisory Committee.

Sandra Rasco was honored with the Chancellor's Award for Excellence in Classified Service. An award that is being given for the first time this year, it honors classified staff who have consistently demonstrated superlative performance within and beyond their position.

Rasco has worked in the Computing and Media Services Unit for 11 years, providing support for 20 staff members and assisting faculty and students as well. Her efforts help ensure smooth operations at the help desk, labs and classrooms, media services, servers and systems management and video conferencing, in addition to facilitating the administrative aspects of the Computing and Media Services Unit.

She goes above and beyond her job description, teaching herself how to use new equipment and supplementing vendor manuals, according to the staff who work with her. Then, she takes time to go over everything with those borrowing it, providing them with direct-user support and training.

Rasco is not content to wait for needs to present themselves, said Bradley, her supervisor. She anticipates demand. For instance, she will contact faculty even before they have requested equipment.

"Sandy Rasco's work has always been nothing short of outstanding and exemplary," wrote Bradley, in his letter recommending her for the award. "She is exceptionally committed to providing superior service and is tenacious in her pursuit of solutions to problems or improvements in services."

"Her comprehensive attention to detail not only makes her look good, but makes the rest of us look good as well," Bradley added.