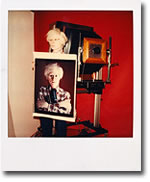 college and local community to see firsthand the works of a 20th century icon.

The works, now in SUNY Plattsburgh's Burke Gallery in the Myers Fine Arts Building, are by Andy Warhol, who produced many famous paintings, such as the "Campbell's Soup Cans," "Disasters" and "Marilyns." In addition to painting, Warhol made several 16 mm films which have become underground classics such as "Chelsea Girls" and "Empire." He also produced much photographic art.

The exhibit, "Andy Warhol: A Photographic Legacy," contains a sampling of Warhol's Polaroid photography. It runs through March 29, seven days a week from noon to 4 p.m. and is free and open to the public.

"This exhibit affords students and the public the opportunity to see works by a major artist of the 1960s."

In 2008 SUNY Plattsburgh was chosen, in addition to 180 other institutions, to receive more than 150 of these Polaroid images from the Andy Warhol Foundation as a part of its 20th anniversary celebration, the "Photographic Legacy Project," according to Cecilia Esposito, museum director.

These images add to the museum's already extensive art collection. With a full, year-round schedule of changing exhibitions, the museum owns more than 4,600 works of art and artifacts.

"Warhol's importance to the 1960s was substantial. In addition to photography and the fine arts, he also influenced areas such as filmmaking, popular music and advertising," said Dr. Dennis Costanzo, associate professor of art. 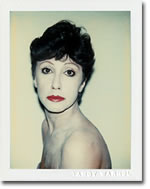 "Courses on areas such as contemporary art, graphic design, and popular culture intersect directly with such an exhibition," said Costanzo. "Although the museum is committed to presenting works by major artists like Warhol, it also presents a much wider range of artwork for students to experience and learn from, including works from other cultures. There are also regular exhibitions of student work, as well as opportunities for students to participate in the preparation of art exhibitions through internships."

In addition to supporting the students, the Plattsburgh State Art Museum has become an open visual arts resource for the region as a whole. For instance the its "Museum Without Walls" program, which showcases art across the campus, forms an aesthetic network, making the arts part of the very fabric of the college and community.

Works from the Plattsburgh State Museum are also currently on display in a major exhibition at the New York State Museum. "Rockwell Kent: This is My Own," part of the Bank of America Great Art Series, was originally set to run through March but has been extended through July 5.

The Warhol exhibit, the museum's most recent, serves as an exceptional opportunity for students, faculty and the community to see famous pieces up close. As SUNY Plattsburgh strives to lead the way in innovative education strategies, this exhibition is an example of how the museum brings the work of Warhol and other artists from the pages of textbooks into the lives of both the students and the community.