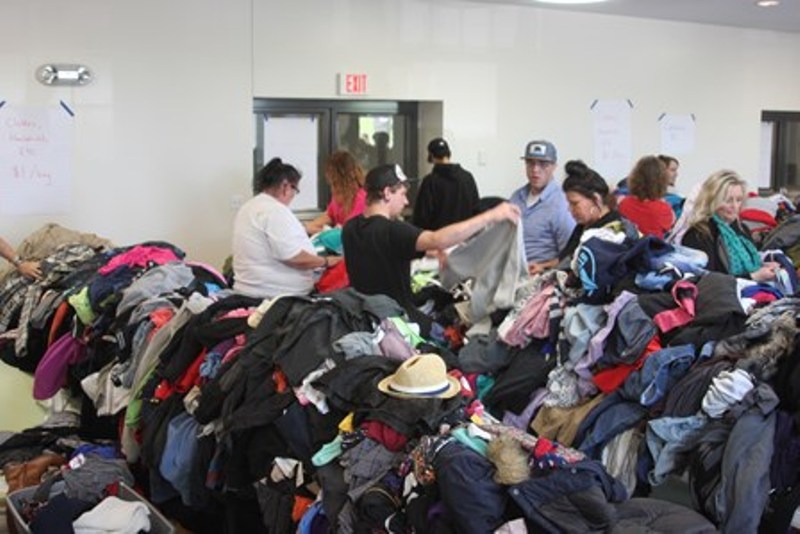 The Center for Student Involvement, Housing and Residence Life, and College Auxiliary Services will hold its annual Residence Hall Rummage Sale Tuesday, May 21 11 a.m. to 5 p.m. in Algonquin Dining Hall.

According to Cori Jackson, director of Center for Student Involvement, doors open at 11 a.m. for college-affiliated employees with ID. Employees whose lunch time coordinates with the sale are granted a half-hour release time.

The sale first began in 2012 when it was held in the Sundowner in the Angell College Center. Jackson said the idea originated when it became apparent that hundreds of pounds of clothing, appliances and other items were being left behind by students in residence halls and dumpsters and would then end up in the landfill. Much of what is left behind is useable and in working order.

“Money raised from the sale will go to the campus Student Emergency Fund to help students in need,” Jackson said. Since 2012, thousands of dollars have been raised.