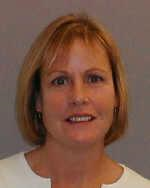 As an undergraduate nursing student, Ms. Roszak was fortunate to perform her senior nursing practicum with Yates County Public Health. It was here that she developed a passion for the field of public health. Upon graduation, she obtained acute care nursing experience at Corning Hospital and the University of Rochester, Strong Memorial Hospital. In 1984, she began a long career with Ontario County Public Health.

Ms. Roszak’s experiences provide her with vast, diverse knowledge. Over the course of her career she has been on the forefront of investigating communicable disease outbreaks, immunizing at mass dispensing clinics, developing and delivering health promotion programs, mentoring staff and students, and educating the public at large. She has taken an active role in public health policy development, performance management and quality improvement, and has led both local and statewide consortia. Research interests include the prevention of childhood lead poisoning and reducing the rate of Chlamydia in adolescents and young adults.

Ms. Roszak has dedicated her career to the mission of public health. She values social justice and health equity, disease and injury prevention, health and wellness promotion, and protecting the health and safety of people and the environment in which they live. While serving as Director of Preventive Health Services at Ontario County Public Health, Ms. Roszak joined the nursing faculty at SUNY Plattsburgh in 2014.

Ms. Roszak was named to New York State Department of Health, Public Health Works! Honor Roll and is the recipient of an Ontario County Award of Commendation, four Ontario County Service Excellence Awards, and a University of Rochester, Strong Memorial Hospital Merit Achievement Award. Ms. Roszak was also named an Immunization Information Champion by the New York State Department of Health. She continues her contribution to the field of nursing and public health by inspiring future leaders in her role as educator.

Public health has been my life’s work. It encompasses everything from the health of our planet to the wellbeing of our most vulnerable. A driving force behind obtaining my Master of Public Health degree was the ability to contribute to the formal education of undergraduate students. I am honored to be part of the SUNY Plattsburgh nursing department team and strive to create a learning environment that fosters active participation and the free exchange of ideas. As an educator, I view my role as one of facilitator, coach, mentor, and peer. My goal is to excite and inspire students, provide them opportunities for exploration and self-growth, and empower them with the tools, skills, and self-efficacy they need to reach their goals.