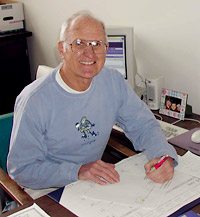 I enjoy teaching physics for both majors and non-majors, and I have resurrected a solar energy course. I am very laboratory and project-oriented, and believe in spending a lot of time with students, both academically and socially.