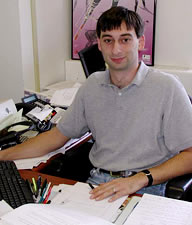 Tom came to SUNY Plattsburgh in August 2000, after having previously been employed at Hobart and William Smith Colleges as a temporary instructor. In 1999, Tom received an M.S. in Physical Chemistry from nearby Clarkson University. He also earned his B.S. at Clarkson in 1996. Tom’s interests are in General Chemistry and Chemical Education. Tom has developed experiments for use with our wired laboratories (Hudson Annex 206 & 208). The wired lab includes software for both traditional experiments as well as molecular modeling capabilities.

Outside of work Tom’s interests include biathlon (cross country skiing and marksmanship), windsurfing on Lake Champlain, and many other outdoor activities. Tom won the Empire State Games Biathlon Championship in 2001, 2004, and 2005, and had three top 10 finishes in the 2004 U.S. Biathlon World Championship Trials. 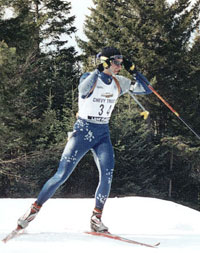 Tom at the Saratoga Biathlon

Have a question for Tom?